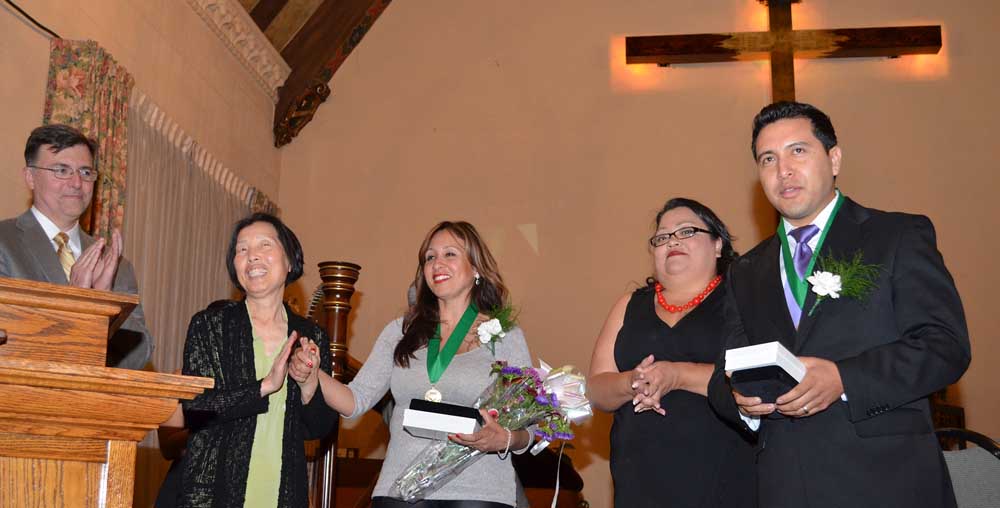 Ivan
Vasquez, 31, of Los Angeles, wanted to donate one of his kidneys to Haing Yun,
67, of Rancho Cucamonga, a patient at LLU Medical Center whom he considered to
be “like a second mother.” Unfortunately, they did not match for organ donation
purposes.

Meanwhile,
Nichole Hurtado-Silva, 40, of Bakersfield, wanted to donate a kidney to her
cousin, Yvonne Hurtado, 38, of Ventura, a patient at UCLA Medical Center. But
they, too, were incompatible for organ donation.

All
are now doing well, and met for the first time at the second annual “Gift of
Life” Living Donor Award ceremony, hosted by LLUMC’s Transplantation Institute.
The four were presented before more than 140 people, including other 2013
kidney donor/recipient pairs, at the gathering held in Riverside, where the
living kidney donors were honored with awards.

“Our
living kidney donors are the true heroes, because their selfless act has
resulted in saving the life of another person,” said Dr. Pedro Baron, kidney
transplant surgeon at LLUMC. He said a vast majority of patients succumb to
their illness while waiting to receive an organ transplant.

According to Organ Procurement and
Transplantation Network more than 107,000 patients are currently waiting for a
kidney transplant.

Ivan
Vasquez had known Haing Yun as a co-worker at a clothing company in Los
Angeles, and they have formed a bond. “She cooked food for me and brought food
for us to share,” he said. He said Yun started becoming sick, and confided that
she was planning to leave California because of the long wait for a kidney
transplant. He told her she did not need to move because he was willing to
donate his kidney.

“It’s
an amazing feeling knowing that you made a difference in someone else’s life,”
Vasquez said. Yun said, “we were close before, but we’re even closer now.”

Yvonne
Hurtado had been on dialysis for 10 years and her chances of receiving a kidney
transplant were diminishing. Her cousin, Nichole Hurtado-Silva, has six
children, was about to be married, and planning to relocate shortly from
Ventura to Bakersfield, where she was going to start a new job. But she could
not bear the thought of her cousin’s health further deteriorating without her
taking action.

“I
feel I was just an instrument used by God to save a life,” Nichole
Hurtado-Silva said. Yvonne Hurtado expressed gratefulness to her cousin and her
donor “for giving me a chance at life.” 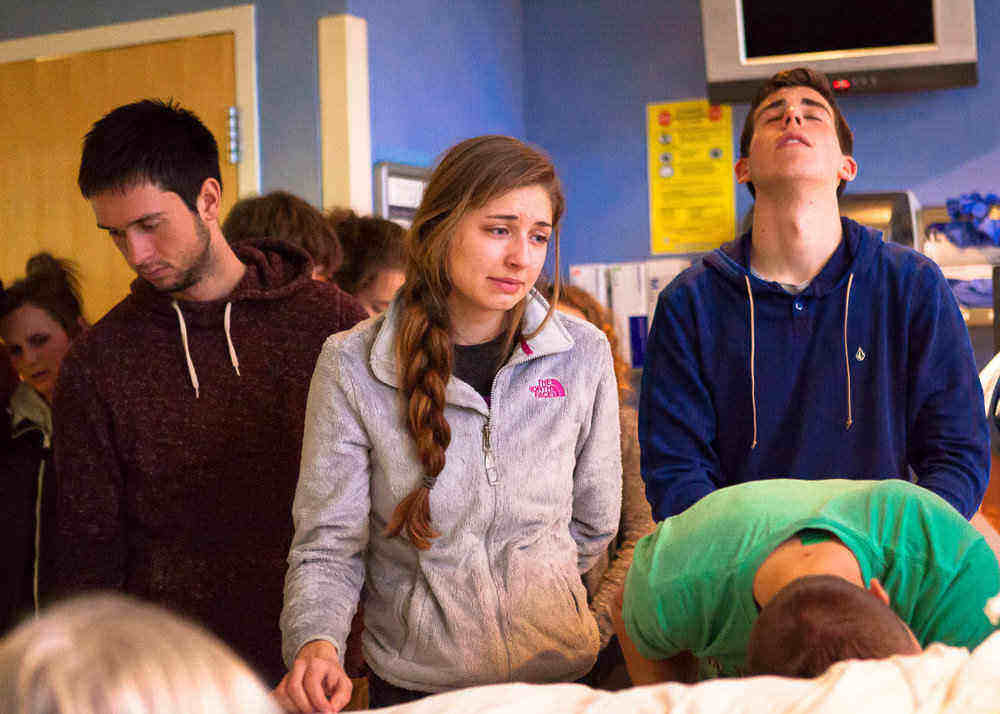