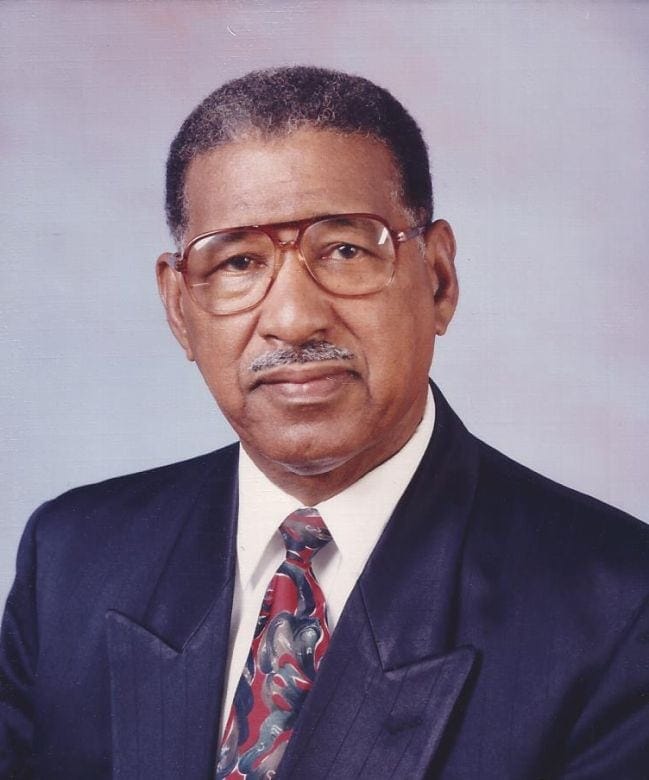 A former president of the Seventh-day Adventist Church in The Bahamas and the West Indies Union, Silas N. McKinney, was laid to rest in a state recognized funeral this weekend.

McKinney died on July 16 after battling an illness for several years. He was 89.

A state-recognized funeral is the third-highest level on the list of precedence of government-supported funerals and is accorded to members of parliament, the senate, serving permanent secretaries, and other high-ranking public officials or civilians.

“Pastor Silas McKinney and Brother Neville Scavella were pacesetters, were pioneers, who were defining what an Adventist was,” Bahamas Prime Minister Perry G. Christie told the funeral Sunday at the Hillview Seventh-day Adventist Church in Nassau, Bahamas.

Christie credited the church for creating “a new movement with two conferences and a union headquartered here in The Bahamas.”

He also congratulated the Adventist Church for being a “major contributor in how the church should interact with the state and for being a strong advocate for religious liberty,” an achievement that he credited McKinney with starting.

Israel Leito, president for the Adventist Church’s Inter-American Division, whose territory includes The Bahamas, commended the Bahamian government for not only allowing for freedom of worship but for the respect it extends to Adventists.

“The Seventh-day Adventist Church is very grateful for the privileges granted to the citizens of this country that we can even mourn our loss in peace with dignity and in love for each other,” Leito said. “We don’t take this privilege of honoring Elder McKinney for granted, and we are grateful to God for blessing humanity with such a man as Silas McKinney. He was an exemplary leader in all aspects of church life.”

Adventist Church president Ted N.C. Wilson wrote in a letter to McKinney’s widow, Ruth, that “the world church has been enriched through Pastor McKinney’s labors.”

“Pastor McKinney’s many years of working for the Lord are a testimony to God’s power in using an individual in powerful ways for His remnant church,” Wilson said in the letter, which was read at the funeral. “I wish to remember Elder McKinney as the leader whose ministry and leadership was characterized by his commitment to the mission of the church in the West Indies Union and his passion for the overall welfare and development of all sectors of the workforce,” said Everett Brown, president of the church in Jamaica.

Leonard Johnson, president of the Atlantic Caribbean Union headquartered in Nassau, said he witnessed McKinney effectively chair the West Indies Union Executive Committee. Johnson was a member of the committee.

“He surely knew how to keep a committee going without giving the appearance of rushing the discussion or even denying wise contributions,” said Johnson. “His sense of humor, coupled with a knowledgeable grasp of church policies and operations, allowed for smooth and lively meetings. He was passionate about his church and equally so about the then West Indies College.”

McKinney is survived by his wife of 60 years, Ruth, and their four children, six grandchildren, and one great-granddaughter.

Nigel Coke contributed to this report