‘Forgiveness Happens Inside My Skin’ 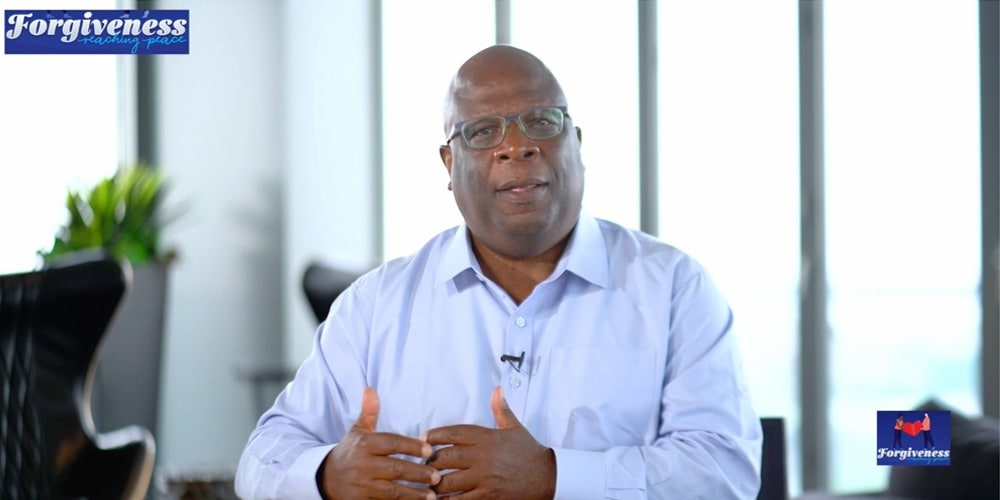 More than 800 individuals from 78 countries registered for the Family Ministries virtual conference hosted by the North American Division (NAD) of the Seventh-day Adventist Church on July 22-24, 2021.

Themed “Forgiveness: Reaching Peace,” the conference featured two plenary session speakers, a special panel discussion, and 18 breakout sessions. Those who registered for the free conference received a digital copy of the Journal on Family Research and Practice from the NAD Family Ministries department.

The conference, officially titled the 2021 Adventist Conference on Family Research and Practice, is a collaboration between the NAD and General Conference Family Ministries departments and Andrews University. The event started with an evening keynote session with Everett Worthington, Virginia Commonwealth University psychology professor emeritus, who has published more than 40 books and more than 475 articles.

Worthington’s first session dealt with explaining several types of forgiveness, including forgiveness in conflicted couples; self-forgiveness; forgiveness and justice (and the way those two are related to each other); forgiveness when offenders are not willing to be accountable; communicating forgiveness; and the role of religion in forgiveness. He offered practical tips for how to deal with each situation.

When addressing self-forgiveness, Worthington stated that this can be particularly hard for Christians because some will say that it’s about whether God forgives us; therefore, there’s no sense having self-condemnation. “I don’t think that’s quite right,” Worthington said. He reminded his viewers of the story of David and Bathsheba and David’s confrontation with Nathan the prophet. After sorrowful David repents from his machinations in making Bathsheba his mate, he is told by Nathan that God has forgiven him. “And yet we find if we look at Psalm 51 that David asks God to clean his heart and renew his spirit because he feels self-condemnation — and he needs self-forgiveness.”

Worthington listed several steps to deal with self-condemnation. The first is to take the matter to God. “Get God’s forgiveness, then, second, make things right with the people that we’ve harmed. And then [psychologically] we can work on forgiving ourselves.”

Nearing the end of the session, Worthington moved to the topic of justice and forgiveness. “Forgiveness is something that happens inside my skin. Justice and talking about forgiveness happen outside my skin; that’s part of the social interaction. That’s not forgiveness,” he said. “I can forgive a person and then say, ‘I do forgive you. We need to set up conditions so this doesn’t happen again.’ I can hold the person accountable for the wrongs that they’ve done and still be totally forgiving. Justice is social and societal. Forgiveness is internal. I can forgive totally and sincerely but still pursue justice.”

Another keynote speaker, Fredrick Russell, approached the topic of forgiveness through biblical stories and themes. In one of his keynote presentations, Russell, principal at the True North Leadership Group, a global executive leadership, coaching, and management training firm, and former Allegheny East Conference president, shared practical lessons through Joseph’s story in the Old Testament.

“I see the bigger picture that God can bring good out of bad, even when the pain has been real,” he said. He shared that he imagined Joseph saying, “God knew this famine was going to occur; God knew the covenant blessings He had over our family that we had to survive. So, God had to get me to Egypt, through slavery, out of the pit to Potiphar’s house, and from the prison to the palace. Because if this hadn’t occurred, and I was not in position, Pharaoh would have never sold food to our family. He would have never done that in a different set of circumstances. God had to have me in place in order to be over this for the preservation of our entire family.”

Russell brought the story further into context, sharing Romans 8:28. He talked about letting go of bitterness and finding a forgiving spirit. “God is always working a bigger plan. And even if you’ve been hurt, even if people have done things against you and it’s caused great pain — God will always take what is meant for evil and bring good, because nothing just happens. God is always working the bigger picture in every situation,” Russell said. “No matter what happens to us — it may have been meant for evil — God will always bring it together for our good, not only to impact us personally but to bless others as well.”

The discussion panel included Worthington and Katia Reinert, Lourdes Morales-Gudmundsson, and Alina Baltazar, who moderated the group. They discussed various situations and what the health ramifications can be when people forgive or don’t forgive.

Baltazar, an associate professor and director of the Master of Social Work program at Andrews University, started the panel by posing the question, “Isn’t there a dark side to forgiveness? Some psychologists have found that when people are quick to forgive, other people take advantage of them. And when people are quick to forgive, that leads to additional strains in the marriage; also, having people advocate ‘forgiving this and that’ undermine a desire to bring about social justice.”

Worthington echoed some of his sentiments from his earlier session when answering the question. “Forgiveness happens inside of me. It’s a decision I make — an emotional change,” he said. “If I say quickly that ‘I forgive you,’ I can be taken advantage of. But that’s not a problem with forgiveness. That’s a problem with assigning forgiveness without being willing to hold the other person accountable for the wrongs they’ve done. There’s nothing contradictory between holding a person accountable for wrongdoing and forgiving the person.”

“A person may be unrepentant,” Morales-Gudmundsson, international lecturer and published author, said. “But because forgiveness is such an internal event that happens within us, it’s something that we owe ourselves to do.”

Near the end of the panel, Reinert shared that forgiveness can affect three main areas of health: physical health, mental health, and social or relational well-being. She talked about research showing that cardiovascular risk factors increase with the lack of forgiveness. Blood pressure is impacted as well. “We have seen other kinds of elements in regard to physical health such as [traits of] humanity and the stress response — how it is that sometimes forgiveness can mediate how we respond to stress, particularly chronic stress,” Reinert said. “And we know that all of that impacts physical health — if you have a stress response constantly, we have seen in some of the research that when people have the forgiveness trait, they are willing to forgive, and that actually does impact the perception of stress and can make have benefits there because it reduces those stress-related problems that are linked to physical health issues.”

Reinert also talked about mental health and what her research indicated. “Survivors of the violence of early child abuse, those that scored higher in forgiveness, were able to reduce negative effects on their mental health compared to those who were unwilling to forgive and had lower scores.”

Reinert is an associate director for the Health Ministries department at the General Conference of the Seventh-day Adventist Church, a board-certified family nurse practitioner, and a public health clinical nurse specialist who also practices internal medicine at Shepherd’s Clinic in Baltimore, Maryland. She talked about a wholistic approach to health and how forgiveness plays a crucial part in whole-person health at any age and through various human relationships. She concluded, “Overall, forgiveness can contribute to physical, mental, and social health in various ways. As wholistic health [practitioners], we believe in the power of forgiveness, and we understand people as whole beings. The physical aspect will impact the mental health, and that mental health impact will also impact the physical health, social health, and spiritual health.”

The Adventist Conference on Family Research and Practice is an annual event. Next year the theme will be centered on stepfamilies. Speakers will be expert and best-selling author Ron Deal (author of The Smart Stepfamilies and several other books on the same topic), and Elizabeth Talbot, speaker/director of the Jesus 101 ministry.