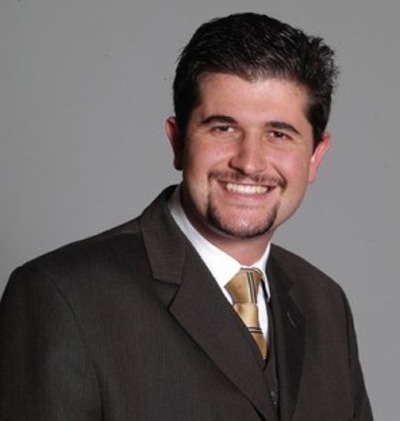 Sam Neves, youth pastor of the Stanborough Park Adventist church
in Watford, England, just North of London, created Heroes,
the Game
, a trivia app that’s testing the Bible knowledge of a
growing cadre of online aficionados—23,000 in 120 countries since its August
2013 release. Players seek to earn “manna” by answering questions about Jesus,
Abraham, Paul, Mary and other “heroes” of the Word in English, Danish,
Portuguese and Spanish. Neves, who senses a growing disconnect between young
people and the Bible, hopes the game will help reverse this trend. In an email
interview, he shared the following:

Blyden: Where did you get the idea for Heroes, the Game?Neves: I was called to deliver a talk at the Global Adventist
Internet Network conference held in Hong Kong in 2013. My title was “What the
Church Could Learn From Steve Jobs.” In researching that I discovered a part of
Steve’s life that was relevant to our current situation. When he returned to
Apple after having been kicked out, he described the company in the following
words: “Apple is a company without identity; we are 2,000 employees making
computers without knowing why we are making computers.”

Given the differences, I thought he was describing the Adventist
Church. We too have largely failed to pass on a clear identity to new
generations. However, Apple today is thriving and seemed to have found its
identity. What happened? Well, Steve happened. He started a campaign that
transformed Apple from within itself and propelled it to what it is today. He
summed up his underlying thought process in this way: “Instilling identity is
easy. You just have to remind people of who their heroes are.”

From the moment I read that sentence, my work was cut out for
me—to remind this generation of who the real Heroes are. Not the child-like,
sanitized stories we present in children’s Sabbath School, but the raw biblical
stories with all of their rich and powerful details.

3. Who’s got the highest score for your game thus far?It’s a girl called Priscilla who lives in New Zealand.

4. Why does our church need to produce video games?

There are three main reasons to enter the video game world:
First, games are the most engaging way to tell a story. Second, this generation
will play, on average, 10,000 hours by age 21. Third, costs of production have
become accessible.

I call this “sacred gaming,” which I define as “games that are
dedicated to telling the only story truly worth telling.”

5. Who’s your favorite Bible hero?Jesus. Sorry for the cliché, but He was incredible at every
level. After that it is Paul, who managed to speak people’s language and be
comfortable going where other good Christians were not comfortable going.