Falling in Love With Jesus, One Bible Study at a Time 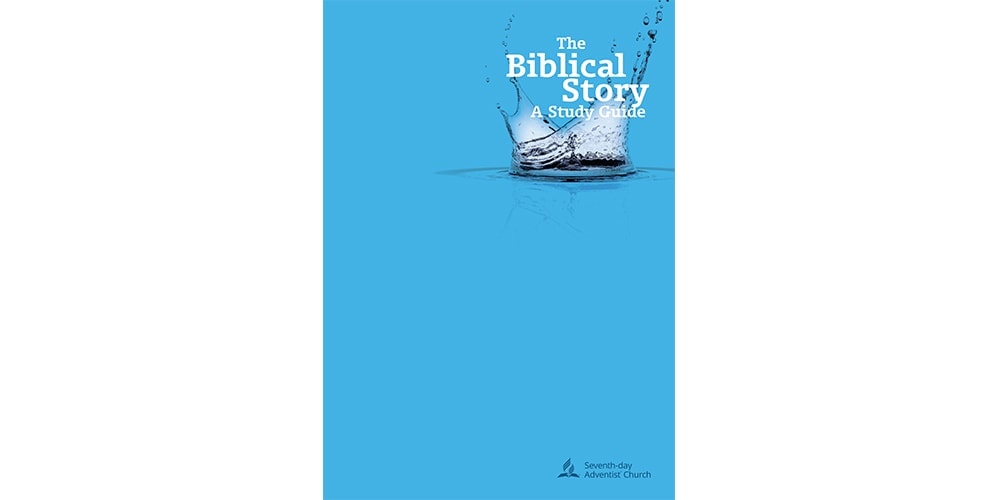 A new baptismal Bible study guide designed to help young people fall in love with the Bible and read it as one big story of God’s love has been released in English.

The Biblical Story – A Study Guide was developed a few years ago by the Youth Ministries Department of the Seventh-day Adventist Church in Denmark.

Thomas Rasmussen, the primary contributor of the guide, explained why he wrote it. “When I returned to Denmark after my studies at Newbold College [in England], I soon found myself studying with young people who wanted to be baptized. However, I was unable to find any material that presented the story of the Bible in the way that Gunnar Pedersen had taught us in Biblical Theology. It had to be developed.”

Rasmussen states that he was thrilled to see how excited baptismal candidates became after reading larger portions of Scripture and getting to know Jesus. More recently, he has returned to Denmark after completing his Master of Divinity degree at Andrews University, Michigan, United States. Since then, he has been working with the Trans-European Division to make the material available in English.

The study guide introduces young people to the Bible, not by merely reading a few verses here and there, but by looking at the entire biblical story. It is based on the assumption that it is not enough to know “what we believe”; in fact, what one believes is irrelevant if it does not connect one to “who we believe in.”

Laurence Turner, professor emeritus at Newbold college, said he is impressed by the studies. “At last! This is a Bible study guide that studies the Bible as it was given,” he wrote. “Reading large sections of Scripture, rather than isolated prooftexts, makes the Bible more understandable, attractive, and relevant. It also respects those studying by asking genuinely open-ended questions, rather than indicating the ‘correct’ answer. It is an excellent tool for witnessing in our contemporary society.”

While designed in partnership with the Trans-European Division, the guide is already being used elsewhere. Darius Jankiewicz is field and ministerial secretary of the South Pacific Division of the Adventist Church in Australia. He recommends the guide as an excellent resource to pastors and church members who can use it to introduce people to Jesus and the Bible.

Jankiewicz states, “I like that the studies begin with Jesus, rather than first focusing on other topics before introducing Jesus. I also appreciate the emphasis on discipleship. Finally, the perspective that the Bible outlines a grand narrative of salvation is a welcome innovation that is missing in many Bible studies.”

Richard Davidson, a professor of Old Testament Interpretation at Andrews University, adds, “What a beautiful Biblical Story Study Guide! Thomas Rasmussen and the team have done a marvelous job of turning Gunnar Pedersen’s Biblical Theology into a Bible Studies format and translating it into fluent English.”

The Biblical Story – A Study Guide is currently available in English, Danish, and Norwegian. It will soon be available in some additional languages. Plans are also in place to develop video material for teachers and youth to accompany the lessons.