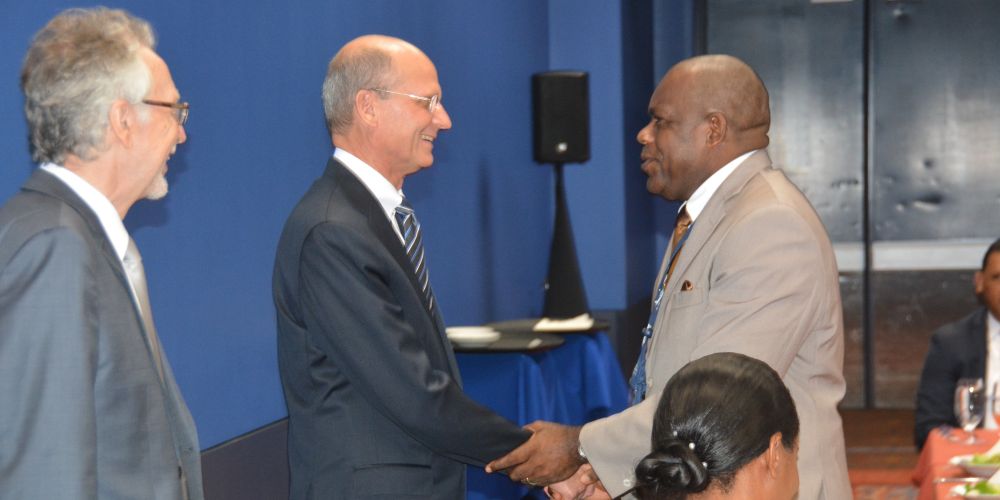 An international group of Seventh-day Adventists holding high public office has banded together to form a new association aimed at ending the isolation that its members have experienced as Christians in government service.

The World Adventist Public Officials Association elected Floyd Morris, Senate president of Jamaica, as its first president at an inaugural meeting on the sidelines of the General Conference session in San Antonio, Texas, this month.

Philippine’s ambassador to Papua New Guinea, Bienvenido V. Tejano, was chosen to serve as the association’s secretary, and Damaris Moura Kuo, president of the Religious Liberty Commission of the Brazilian Bar Association’s São Paulo Division, was selected as its public relations officer.

“You are the Esthers, the Josephs, the Daniels of our world,” Adventist Church president Ted N.C. Wilson told the July 8 meeting. “You make a difference in an arena that most of us never touch.”

Wilson encouraged the attending 21 leaders from 10 countries — ambassadors, ministers of state, members of parliament, a senator, a deputy chief justice, and high-level officials within international organizations — to stand tall as ambassadors for Christ.

“Never forget you are there for a purpose: You are where God has placed you,” Wilson said. “Yes, you serve your country or a particular legislature. But most importantly, because you are a Seventh-day Adventist, you are working under the very highest authority: Jesus Christ our Savior. You are called to be unusual ambassadors for Christ.”

Those seated around the table spoke frankly about the need for better networking between Adventists who serve their governments, and about the loneliness that often comes with serving in a political or civic role. Some expressed disappointment that holding elected office is sometimes seen as “off limits” for faithful church members — a sign that they have compromised their integrity. All spoke about their desire to carry their spiritual values into the public realm and to reflect Christ’s character in their service to their countries.

After his election, Morris said his first order of business would be to identify more Adventist public officials — whether they serve their national government, or their local city council — and invite them to join the association. The group plans to communicate regularly and to organize a conference in 2017.

The San Antonio gathering was hosted by the public affairs and religious liberty department of the Adventist world church and took place during the General Conference session, which some of the public officials were attending as delegates.

Ganoune Diop, the newly elected director of the public affairs and religious liberty department for the world church, said he hoped the association would promote a vigorous dialogue between Adventists who hold prominent and often-influential positions.

“These men and women need our support and our prayers,” he said. “They are first and foremost our brothers and our sisters, but they are also called to represent Christ’s kingdom and His values within often-difficult and sensitive circumstances.”