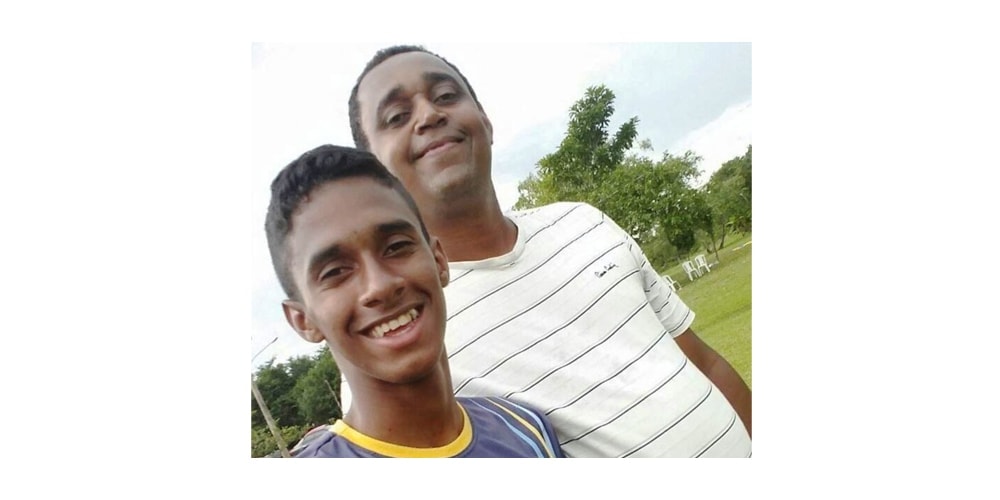 A field of sand and gravel next to the church, a ball, board games, a speaker playing spiritual songs, and a willingness to talk about Jesus’ love: these are the ways Cledevaldo Paixão has aroused the interest of residents of a neighborhood in Cuiabá, Mato Grosso, Brazil, since 2013.

Paixão had lived in the place for a long time, and his heart ached because it was a place full of young people, and few had heard about God’s love. To change this reality, he decided to use the only resources he had: his friendship and his willingness to reach out.

He noticed the community had few leisure options, so his offer of play was well accepted. Parents began to come with their children, and soon a significant group of people started to meet on Sunday afternoons. It was the beginning of the Evangelism by Playing project.

“Before opening and at closing, after playing soccer, volleyball, or taking part in any other activity, I began to invite everyone to pray,” Paixão said. “I soon shared my rules: no swearing or fights. At the end of the activities, I began to invite participants to stay for a Sunday evening service at an adjacent Adventist church.”

Years of meetings, fun, and friendships resulted in disciples. Out of that project, a small group was formed. At least seven people studied the Bible and were baptized into the Adventist Church thanks to the initiative, Paixão reported.

“I have always believed that without friendship, there is no Christian life,” Paixão said. “I also believe that to make friends, we need to respect people’s lifestyles, even when we don’t agree with the choices they make.”

Paixão explained how, when someone brought beer or cigarettes, for instance, he would use his most loving voice to tell the person why those meetings were different, and why those things were not needed. “Usually, the person would come back the following Sunday with empty hands,” Paixão said.

Raysllan Costa had lived in the neighborhood for years when he learned about the play initiative and decided to join.

“I remember, it was 2015. I was 15 years old, and I definitely didn’t want to know about the church,” Costa said candidly.

Costa explained that at the time, he was very shy. He would find it very difficult to open to other people, and he had already started to try alcohol.

“But I felt welcomed by those people, who showed me how happy it is to serve God,” Costa said. “I was impressed when I saw that it was a friendly competition and that people just wouldn’t fight while playing.”

Costa said that Paixão inspired him.

“I saw he was friendly and charismatic. Eventually, I overcame my shyness, and before I knew it, I was asking him for advice,” Costa recalled. “When I felt lost, he would tell me, ‘Don’t give up on God. Pray, read the Bible, and whenever you need someone to talk to, you can come to me.’”

Costa began studying the Bible and was baptized about a year later, Paixão said. “We decorated the place and baked a cake for him. It was very exciting.”

He remembers how, right after the baptismal ceremony, Costa’s mother took his hands and, looking him into his eyes, told him, “You are responsible for my son’s new beginning!”

Even after several years, they still keep in touch, according to Costa.

“He’s been by my side during hard times and lent me his support in key moments, such as when I preached my first sermon,” Costa said. “With him, I learned that friendship is more than an evangelistic method — it is a gift.”

Costa added that the importance of Paixão in his life cannot be overestimated.

“Cledevaldo is very important to me. He’s my faith father!” he said.