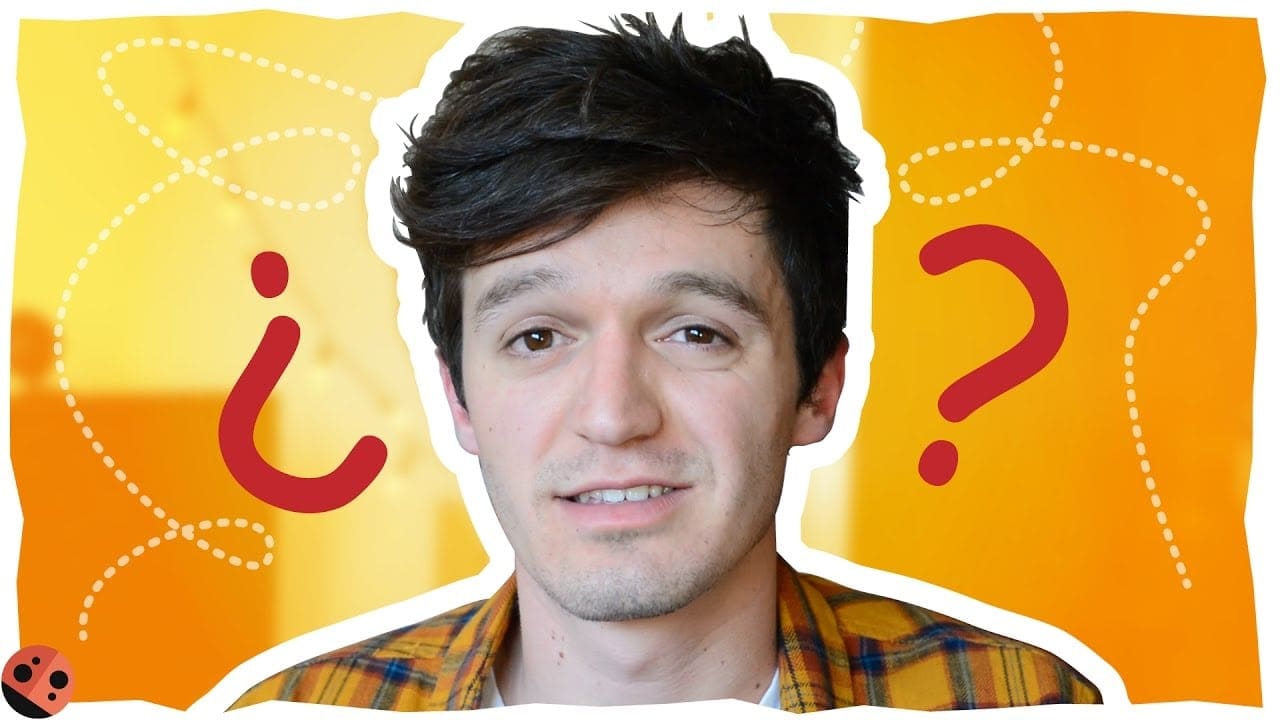 No topic seems to be off-limits for “El Escarabajo Binario” [Binary Beetle], a Seventh-day Adventist YouTuber who is making waves in Argentina, across South America, and beyond. With more than 41,000 YouTube subscribers, almost 170,000 Facebook follows, and thousands more on Instagram, the “Bible decoder” — as he calls himself — is reaching Millennials for Christ in ways traditional evangelistic methods never imagined possible. His unceremonious, colloquial style is proving to be highly appealing to thousands of teenagers, many of whom grew up in a Christian home but had never committed to God and active church life.

“I am convinced beyond a shadow of a doubt—this is my ministry,” says Binary Beetle.

An Assignment, and a Calling

The face and mind behind Binary Beetle is Murilo Ribeiro, a 26-year-old from Buenos Aires, Argentina. Ribeiro, who recently graduated with a degree in Digital Media Design, confesses that kickstarting his hobby-turned-outreach ministry was not part of a calculated plan.

“When I posted my first couple of videos in 2015, I didn’t even know what a YouTuber was,” he says. “And a Seventh-day Adventist one? Not in my wildest dreams!”

It all started less than three years ago when one of Ribeiro’s instructors at college asked each student in his class to create an individual short clip, after selecting a topic from a list he had provided. Ribeiro went over the list several times but could not decide on a topic. Nothing seemed to pique his curiosity. Then he remembered that the Adventist Youth in Argentina were working on the logistics of a comprehensive blood donation drive a few weeks later, and he had an idea.

“After securing permission from my professor, I recorded a 90-second clip in my room to promote the church blood drive,” he shares. The “Superheroes” clip pits his childhood dreams of becoming a superhero against “the only true Superhero,” the One who — as the video punchline reminds — “gave it all, so you can give away a little.”

Apprehensively, Ribeiro handed his assignment in — his was a secular institution — and waited for at least a passing grade. The next time students met for that class, the professor called Ribeiro aside. “Do I have your permission to show this to the whole class?” he asked, pointing to Ribeiro’s clip. Dumbfounded, Ribeiro agreed.

“I was shaking,” shares Ribeiro. “In fact, I was expecting my classmates to give me derisive comments and condescending smiles, but I got a round of applause instead!” It was the first time, he says, he entertained the possibility of working his passion into a tool for mission.

“From then on, I got serious about developing and uploading videos,” he says. “I saw the potential it had for mission.”

The Role of His Life Story

Looking back, Ribeiro says he can trace God’s hand in his life’s events, even in his darkest moments. While he grew up in a Christian home, he confesses that as a teenager he went through a phase when, disenchanted with life, he even considered to end it all. Thanks to family support and professional help, however, Ribeiro relearned to love the Lord and keep a daily connection with Him.

It was something, he recalls, that made a world of a difference. “After I met Jesus, my life was turned upside down,” he says. “I would walk around smiling, wondering why it had taken me so long to come around.” In Ribeiro’s mind, there is no doubt God was already planting the seeds in his soul that would become Binary Beetle years later.

And why “Binary Beetle”? Besides the obvious reference to computer coding systems, Ribeiro says life is binary. “Either you are with God, or you’re against Him,” he explains. “But if you are with Him, even when You feel you’re a nobody — just a bug, a beetle — you move from 0 to 1—you become valuable.”

It’s my experience too, acknowledges Ribeiro. “We are just vessels in God’s hands,” he says. “It is the reason my daily prayer is, ‘Lord, let’s work as a team—You give me the ideas, and I will digitalize them to bring others to you.’”

Disruptive, to Say the Least

In the Binary Beetle world, thinking outside the box is just the beginning.

While theologically sound and often profound, many of Ribeiro’s clips — which he records in his bedroom and are usually two minutes or less — may sound disruptive, even shocking for more traditional, older viewers. Developed specifically for short-attention-spanned Millennials, they often jump from one image to the other while serious statements, jokes, cultural allusions, special effects, and Bible verses fly over the screen in the most uneven fashion. Also, “Millennial talk” — which in Binary Beetle’s case includes Argentinian slang, Spanglish terms, text message abbreviations, and technology-based teenage lingo — does not seem to make understanding them any easier.

Disruption often starts from the clip title itself — the story of the Fall (Gen. 3), for instance, is entitled “When Adam and Eve Got High” —, and goes all the way to a deliberate rephrasing of some Bible verses (“I am the Modem, the Password, and the Wi-fi; nobody gets online with the Father but through me.”)

Ribeiro’s goal, however, is not to shock but to relate and connect with the world of his viewers. He explains, “I just want to use what I have at hand — my occupation, my job — as my ‘net’ to reach and bring more people to God’s kingdom.” It is something, he says, that can be accomplished only if we bend over backward to connect.

Based on Trending Topics

In order to reach news-consuming Millennials, believes Ribeiro, an awareness of what is happening in your town, region, and around the world is essential. Current events from Argentina and the world generating considerable social media buzz have proved to be an unending source of inspiration. Ribeiro often resorts to newscasts headlines and news stories going viral as real-time launchpads from which to draw and share spiritual lessons.

For instance, after a YouTube April Fools’ video about a man supposedly grafting a kiwi into a banana went viral, Binary Beetle posted a compelling 60-second reflection on how to get ready for the time of the end. “The ‘kiwibanana’ video seemed so real that many believed it,” explained Ribeiro in sharing the rationale of his message. “Some people did not even bother to read the final onscreen disclaimer saying it was just a prank; they even tried to replicate the experiment at home and then share their experience on social media!” Calling his viewers to reflect on Jesus’ prophecy about the arising of false teachers just before His second coming (Mat. 24:23, 24), he drove his point home—“If you don’t wanna be duped, it is time for less Face and more Book!,” he quipped, pointing to his Bible. “And please, read the Book specifications, especially the ones included in its last pages!”

Other Binary Beetle postings are more time- and location-specific but not less convincing.

Last year, for instance, a well-to-do surgeon living in a high-end Buenos Aires suburb was secretly recorded making disparaging and offensive comments about what she called her new “slimeball” neighbors. As the recording went viral and prompted heated pros and cons discussions on national TV and radio shows, Binary Beetle posted a video where the high-and-mighty surgeon suddenly became the Pharisee of Jesus’ parable in Luke 18, and her “slimeball” neighbors, the despised tax collector praying for forgiveness (verses 9-14.)

Also, a couple of years ago, soccer player Ezequiel Lavezzi crashed over advertising hoarding, fell backwards, and broke his elbow while playing an international match for Argentina. Making the most of the ensuing viral video, Ribeiro posted a 90-second reflection connecting Lavezzi’s mishap with Paul’s testimony of not running “with uncertainty” or fighting “as one who beats the air” (1 Cor. 9:26). In the clip, intriguingly entitled “A Jew Prophesized Lavezzi’s Fall,” he called his viewers to nurture their personal relationship with Jesus every day. His punchline? Paraphrasing Paul’s words (v. 27), he said, “Be watchful and keep your balance, lest, when saving a single ball, you fall, break your arm, and miss the Cup final!” (which was actually Lavezzi’s case.)

A Virtual Fisher of Men

While some of Ribeiro’s creative decisions may be open for debate, there is no guessing about his ultimate purpose. “Jesus’s teachings went to great lengths to connect people with everyday realities they could relate to,” he explains. “He would be teaching in the open, surrounded by shepherds taking care of their sheep, and he would say, ‘I am the Good Shepherd.’ Jesus mastered the art of reaching the hearts of the people.”

The feedback Ribeiro usually gets has been overwhelmingly positive. Some older folks acknowledge they feel rather left out by language and cultural codes they not quite comprehend, but highly esteem Ribeiro’s attempts to connect to a younger generation. “To be honest, I don’t quite enjoy Binary Beetle’s videos,” confessed a mother of two teenagers who are faithful followers of Ribeiro. “But I have seen the effect his postings are having on young people, and I support him wholeheartedly.”

While Ribeiro’s influence might be difficult to quantify, quality testimonies keep popping up about young people who write to share that his clips moved them to serious Bible study. Many also confess that Binary Beetle videos triggered a longing in them to be intentional followers of Jesus, so much that they asked to be baptized and later became active church members. “Is there anything better than being fishers of men?” asks Ribeiro. “It is what God called us to do, and what keeps me going.” Now he is working on a website with Bible studies and additional resources for Millennials, online shopping, and more.

And his greatest dream? No doubt about it, he says. “To make it to heaven, and meet at least one person who tells me, ‘I am here today thanks to one of your videos.’” Smiling as if he was already experiencing it, he adds, “Nothing would be better than that!”