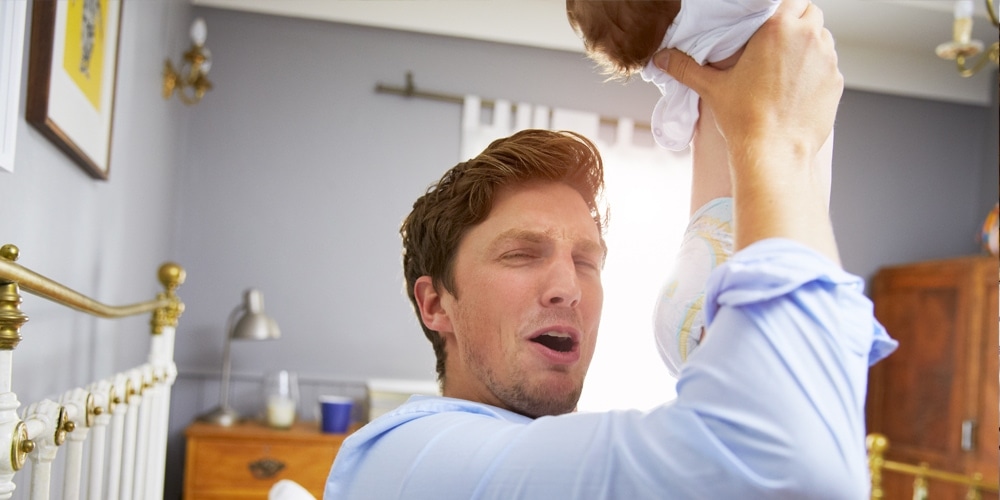 “Boo, boo!” my two-and-a-half year-old[*] son ran up to me screaming. He was frantically clawing at his diaper, squirming and jumping up and down. We were in the throes of potty-training, and “boo, boo” from Jackson meant “Poo! Poo!” the catchall term he used any time he filled his diaper with a “present” for Daddy.

Some background might be useful: my son loved (and still does) all things fruit. My wife and I worked very hard (and still do) at eating healthfully and treating our bodies as God’s temples. We have therefore rightly called my son a “fruititarian.”

The day before, Jackson had inhaled multiple servings of fruit—one of those being prunes. Jackson also loved bread and cheese. We allowed him to eat a lot of fruit because usually the bread and cheese mitigated the otherwise disastrous results. Jackson also loved to sit on my lap and eat my fiber cereal on those days I ate breakfast with the family.

Fast-forward to the incident that I will call D2 (Diaper Disaster) Day. That morning my son had had some fiber cereal with me. Then we ate, tickled, kissed, made silly faces, and just generally enjoyed each other. The day went on, and Jackson asked me for some prunes, which I gave him. Then he wanted an apple, then some raisins. After lunch I was cleaning up the dishes and, well, you know what he said.

I picked him up as carefully and gingerly as I could, ran to the bathtub, and placed him in it. After I peeled his shirt and pants off him I took a towel and wiped him off as much as I could. I then put Jackson on his changing table.

Cleaning Up the One I Love

When I tried to take off my son’s diaper, he allowed me to undo one side of the diaper but began to cry and scream when I tried to get the other off. I was confused. I tried forcing it off, but my son just grabbed my fingers. So I tried to explain why he should let Daddy take off his diaper. I picked up a clean diaper and some baby powder and began my own rant: “Jackson, look what Daddy has! That’s right, it’s a clean diaper and some baby powder. Daddy wants to clean you up. You don’t want to be yucky. Just let Daddy clean you up, then you’ll be sweet and clean, and we can go play.”

My son wasn’t buying it. In fact, he stopped crying, looked me dead in the eyes, locked his knees in the fetal position, and screamed, “No! Mine!” I was becoming frustrated. I thought, Why isn’t my son letting me near him? Why is he being so stubborn? He’s acting like he can do this all by himself, but he can’t. All I want is to make him clean, but he won’t let me!

At that moment a little voice in my head said, “Now you understand!” God had pistol-whipped me spiritually, I mean, I finally got it.

It took another minute of coaxing to get my son to finally allow me to change his diaper, and we went on with our day without further incident. But what God taught me still resounds with me.

Moses may have his exotic burning bush, and the Israelites their dramatic Mount Sinai. But God got hold of my heart right there in front of my son’s changing table! It took my son and me battling over who would have control of changing a dirty diaper. I am a recovering sinner, and like all sinners I have a hard time letting go and letting God. I constantly struggle with my will; you probably do too.

1. Knowing that we have sin in our lives doesn’t make it go away (Rom. 3). My son informed me that he had a dirty diaper, but that didn’t help the filth to be cleaned, did it?

The apostle Paul said it best when he said, “I die daily” (1 Cor. 15:31). Even when we don’t know what to say or how to say it, we can still ask God to help us to give Him our heart and mind every day. Remember: God is in the business of changing and saving people!

Let’s let God change our dirty diapers spiritually, and let’s let Him do it every day.

[*] My son is now almost 12 and is mortified that I’m sharing this story. But since I was the one who had to clean him up, I figure I earned the right to tell.