Delmer Holbrook was being shut out of the most important event of the Seventh-day Adventist Church.

Organizers of the 1980 General Conference session had told Holbrook that no space remained for him to set up a booth in Dallas, Texas. He would not be able to showcase Home Study Institute to the 25,000 delegates and guests attending the church’s quinquennial business meeting.

But Holbrook, known for boundless energy, creativity, and putting the word “fun” into Christian life, was not dismayed. He found a portable booth and pushed it around the session’s exposition hall, handing out T-shirts and information about the Adventist Church’s long-distance learning program.

“He had the uncanny ability to find the best in both people and situations, and his enthusiasm was contagious,” Thorpe said. “He also was a person who did not let a few disappointments put him off track.”

Holbrook, who served for 20 years as president of Home Study Institute and with his wife led the General Conference’s Family Ministries department, lived life at full speed until shortly before his death this week at the age of 92, family and friends said. He died of congestive heart failure at 1:35 a.m. on March 2 in a hospital in Maryland.

Delmer William Holbrook, the eldest of three, was born on Feb. 23, 1923, to U.S. missionary parents in Brazil. Growing up, he had a big family name to live up to. The Holbrook roots stretch back to the time of William the Conqueror in the 11th century.

His paternal grandfather, one of the first graduates from Walla Walla College (now Walla Walla University) in College Place, Washington, went to the Caribbean to become the first of five generations of Holbrooks to serve as foreign missionaries.

Adventist Church cofounder James White conducted the wedding of his maternal grandparents, but perhaps the grandfather’s main claim to fame was being rebuked by Ellen W. White in reference to “what kind of father not to be” and his “extremes in diet.” Extracts from Ellen White’s letters to him were later published in the books Adventist Home and Counsels on Diet and Foods.

“It seems that Grandpa Hammer was rather dictatorial and believed that peanut butter was the solution to all dietary needs,” said Robert Holbrook, Hammer’s great-grandson and the elder of Delmer Holbrook’s two sons. “Fortunately, the generations after took the advice given.”

Apple Pie and Cream for Breakfast

Delmer Holbrook was adventurous and fun-loving from the start, his family said.

He had no sad stories to share from the U.S. Great Depression, telling instead of how farmers dropped off quarts of cream on the doorstep each morning to help out at Bethel Academy (now Wisconsin Academy). He fondly remembered breakfasts that consisted of a quarter apple pie smothered in fresh cream.

He also spoke of watching football players from the Green Bay Packers train through a fence and being pulled on homemade skis down snow-covered roads by an old Ford Model T car. He enjoyed skiing until his late 80s.

“His high energy seems to have been inherited from both his high-energy parents who taught him that the Christian life was the greatest, fullest, most fun lifestyle possible,” said Robert Holbrook, 68.

His love for skiing opened the door to his first significant contribution to the Adventist Church: a Pathfinder skiing honor. Eldine W. Dunbar, later director of the General Conference’s youth department, spotted the young Holbrook jumping off a self-made ski jump behind the boys’ dormitory at Sheyenne River Academy in North Dakota, where he studied in 1937-38, and challenged him to write the coursework for the honor.

Holbrook did and was later surprised to find skiing listed in the first edition of the Master Comrade Manual for Missionary Volunteers (now Pathfinders).

Holbrook married Betty at Union College in Lincoln, Nebraska, in 1945 and, after graduating a year later, took his first job as boys’ dean at the newly opened Sunnydale Academy in Missouri. Their first son, Robert, was born there.

‘Too Much Luxury for a Missionary!”

In 1948, Holbrook entered mission service and moved the family to Bolivia, where he oversaw construction of what is today Bolivian Adventist University. The couple’s second son, William, was born there.

Holbrook’s playfulness was on full display at the next assignment as a teacher in Peru. He came under fire from the South American Division treasurer when a friend from the U.S. Embassy, who was leaving the country, sold him an almost-new black Buick for a ridiculously cheap price, Robert Holbrook said.

“The South American Division treasurer paid a visit and demanded that the car be given up — ‘Too much luxury for a missionary!’" he said. “Somehow it didn't disappear.”

One day, Holbrook accepted an invitation from F.C. Webster, the Inca Union president, to serve as president of Peru’s Inca Union College, a decision that began a life of administration that only ended with his retirement in 1985.

Returning to the U.S. in late 1959, Holbrook worked concurrently at Union College and the University of Nebraska while completing his doctorate in education. By 1965, he was president of Home Study Institute.

Seeing Potential in a New Adventist

Thorpe, president of Griggs University, said she was a relatively new Adventist when Holbrook hired her from a teaching job at the University of Maryland in 1980.

She said her pastor had encouraged her to check whether any job openings might be available at the General Conference, the world headquarters of the Adventist Church, or at its nearby Review and Herald Publishing Association.

“I remember going to a fill out forms and meeting people who seemed rather serious and had perhaps a limited view of the role I could play in church work,” Thorpe said. “I went home thinking, ‘OK, Lord, it’s back to the university for me.’

“Before I could call the university to tell them I was renewing my contract, I got a call from Delmer Holbrook,” she said. “During that call, he convinced me to give working for the church another chance and to come in for an interview as a course editor. I did, and I took the job.

Holbrook became known as an expert in the early development of distance education because of his work with both Home Study and the National Home Study Council, a nonprofit national educational accreditation agency now named the Distance Education Accreditation Commission.

‘Hassles with the Brethren’

While at Home Study, Holbrook also cooperated with his wife, Betty, in leading what is today called the General Conference’s Family Ministries department.

Ronald and Karen Flowers, who worked closely with the Holbrooks and later succeeded them as the leaders of Family Ministries, praised Delmer for his positive presence, witty humor, infectious grin, and uncanny ability to solve problems.

“One day when I was quite weighed down by an administrative decision that I was quite sure would result in disaster, Delmer turned and rolled out a file drawer behind his desk exposing a large collection of files labeled wryly, ‘Hassles with the Brethren,’” Karen Flowers said.

He assured her with a wink: “Look at all this, and the world hasn’t ended yet. Don’t be afraid to speak your mind, but give the rest to God and don’t let whatever happens shake your faith.”

Karen Flowers said, “How often I watched with deep respect as he masterfully pulled disparate views together in a committee and moved a group toward an alternative solution that allowed all to come out winners.”

Ronald Flowers said he admired Holbrook’s courage to tackle big assignments and venture into the unknown. He recalled a time when he, his wife, Holbrook, and Holbrook’s wife, Betty, spent the night near the East German border before crossing over to give family seminars on behalf of the General Conference.

“Betty seemed particularly concerned that Delmer learn how to properly and respectfully inform the East German guards that he didn’t speak German,” Ronald Flowers said. “Over and over he rehearsed it, ‘Ich kann nicht Deutsch sprechen.’”

The next morning, when an imposing guard leaned sternly into the window and demanded that Holbrook open the hood, all he could manage was, “I no sprechin zee Deutsch!”

The two couples still cleared the crossing, and Holbrook grinned enthusiastically at his traveling companions.“See,” he said, “there was no need for all that worry after all!”

Together with his good nature, Holbrook was a very caring person, ready to be a close friend and mentor, and to go the extra mile in nurturing a relationship with God, said people who knew him.

“I'm well aware of much of what he accomplished in various leadership roles in the church, but what I will always treasure the most is something very rare today,” said his younger son, William, 65. “My Dad was my best friend in life, and if it were not for the hope we have of seeing him again one day, his loss in my life would be unbearable.”

Charlotte Conway, who Holbrook befriended in 1975 when he gave her a job at Home Study Institute, said she would always remember the special touch that he gave to the 1978 dedication of her youngest son, Rob, at the Sligo Adventist Church in Maryland.

She had asked him to dedicate the baby but had not expected to receive a letter afterward addressed to Rob and sealed with instructions not to open until his 16th birthday.

“We all wondered what might be in that letter, and Rob in particular was anxious to read it,” said Conway, who is retired and serves as treasurer at the Sligo church. “On his 16th birthday, we invited Delmer to join us. And with ceremony, the letter was opened and he read it to Rob.”

The letter said: “By your 16th birthday I hope you have firmly settled it with yourself that heaven is cheap enough; that it is worth getting ready for and in spite of the very normal ups and downs delights and puzzlements of the teen years, your life is on course toward heaven.”

“The whole letter is wonderful and still brings tears to my eyes,” Conway said.

Today Rob Conway works at WGTS, a Christian music radio in Maryland, and he and his family are active members of the Adventist Church.

Read the original letter. Note: It is erroneously addressed to "Bob" (PDF)

Slowing Down to 60 Miles an Hour

Holbrook attended the Spencerville Adventist Church in Maryland in the later years of his life, and his funeral will be held there on Sabbath, March 7. He was preceded in death by his wife Betty in 1996 and a second wife, Ann, a former classmate from Sheyenne River Academy, who died on Oct. 10, 2014. His two siblings have also died — his brother of kidney failure at the age of 19, and his sister a few months ago.

Robert Holbrook said his father finally started slowing after he reached the age of 90 — “to about 60 miles an hour instead of the former 100 miles per hour” — but the stress of his wife Ann's death wore heavily on his aging mind and body.

“But he was very pleased and even excited as he observed the political scene in Washington and around the world,” Robert Holbrook said. “He said once that throughout his life he had often prayed that God would allow him to actually see the end times as he had so often preached about. His comment one Friday evening was, ‘You know? I think we are there!’” 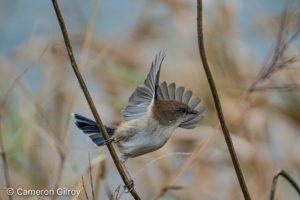