Crowds Line Up for Free Mega-Clinic in Los Angeles 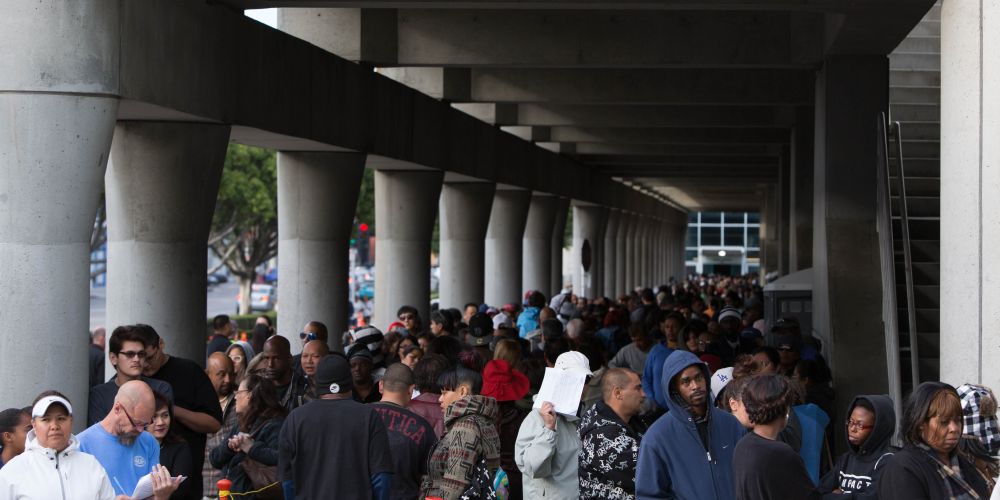 Updated at 11:40 p.m. ET to include final patient figures for Wednesday

Crowds lined up at the sprawling Los Angeles Convention Center in the U.S. state of California on Wednesday for the opening of a Seventh-day Adventist-organized mega-clinic that hopes to provide $30 million worth of free healthcare to 10,000 people over 2 ½ days.

Separate lines of people seeking dental, medical, and vision services began to form a day early, with several hundred people staying the night to be among the first to enter the complex in downtown Los Angeles when the doors opened at 7 a.m.

“My biggest concern to be honest with you was that no one was going to show up,” said Lela Lewis, president of Your Best Pathway to Health, the main organizer of the event. “But, praise God, that is not the case. We’ve got a full house outside.”

Organizers faced something of a struggle getting the word out about the mega-clinic, with local media offering scant coverage in the days leading up to the event.

A total of 2,559 patients were treated on Wednesday, said Costin Jordache, communication director for the event.

At least 4,000 patients had been needed for the mega-clinic was to easily reach its goal of treating 10,000 people when it ends at midday Friday.

But Jordache was optimistic that demand would surge after seven news trucks showed up early Wednesday to prepare reports for all the major Los Angeles television stations. National media also was looking into the story.

People tend to be suspicious about accepting something at no cost, saying, “Nothing is free,” said Duane McKey, a senior leader of the Adventist world church and a veteran participant at free mega-clinics.

McKey said he saw initial skepticism at mega-clinics that Your Best Pathway to Health organized in partnership with the Seventh-day Adventist Church in San Antonio, Texas, and Spokane, Washington, last year.

“But after they see the evening news, they realize that they really can receive free care with no strings attached,” McKey said.

Support from the Mayor

“It’s not uncommon for Angelinos to experience a gap in medical coverage, whether you are between jobs or experiencing unforeseen financial hardships,” he said. “Pathways to Health’s mega-clinic provides free dental and eye-care for Angelinos and their family members in need. … We hope to see you there.”

Some 700 people had already lined up for dental care by 5 a.m. Wednesday, organizers said. The other lines were shorter. Dental care was also the most-sought service at previous mega-clinics.

About 4,400 volunteers, including 2,500 medical professionals, were providing a wide range of medical and dental services similar to what Your Best Pathway to Health offered at previous mega-clinics. But with homelessness a growing concern in Los Angeles, organizers expanded the services to provide more free clothing, including shoes for the first time, and two new departments: free legal services and financial services. A doctor was also providing tattoo-removal services.

Some 500 interpreters were assisting patients in 20 languages, including Chinese, Vietnamese, and Spanish.

The previous record for turnout at a mega-clinic was set in April 2015 when Your Best Pathway to Health cared for nearly 6,200 people over three days at San Antonio’s Alamodome stadium. Free clinics also have been held in San Francisco and Oakland, California, in April 2014, and in Spokane, Washington, in August 2015. Altogether, 12,400 people have received nearly $40 million in free services.

In Los Angeles, volunteers started setting up equipment in the 400,000-square-foot (37,160-square-meter) convention center on April 25. A special worship service will end the event on April 30 with presentation from three speakers: Daniel R. Jackson, president of the Adventist Church in North America; evangelist Mark Finley, and McKey, assistant to the president of the Adventist world church for the Total Member Involvement program and director of the church’s Sabbath School and Personal Ministries department.

McKey mingled with people waiting in the hot sun outside the convention center Wednesday, offering encouragement and patting several on the back. He apologized for the wait of 60 to 90 minutes in the dental line and jokingly suggested that a quick fix could be found with a pair of pliers, drawing smiles. Many waiting patients thanked him for the opportunity to receive free treatment. Seeing a girl with crutches and a bandaged foot in the dental line, McKey asked her parents whether she was in pain and would like to sit down. With the parents’ blessing, he led the girl and her brother, both in their early teens, to chairs at the front of the line inside the building, where they could wait for their parents.

Logistic challenges threatened to delay the opening of several departments of the mega-clinic.

Richard Beckermeyer, a dentist from Michigan who flew his staff to Los Angeles to participate in the event, said he had struggled to set up equipment on the eve of the event.

His team bowed their heads in prayer. As they prayed, three issues that they were praying about were resolved, Beckermeyer said.

“God is reminding us that it is not our power, it is His,” Beckermeyer said.

Hope Channel is broadcasting a 30-minute daily news program with highlights from event at 8 p.m. Eastern Time, Wednesday through Friday. A special Sabbath program will air at 10:30 a.m. The programs can be viewed online at HopeTV.org. 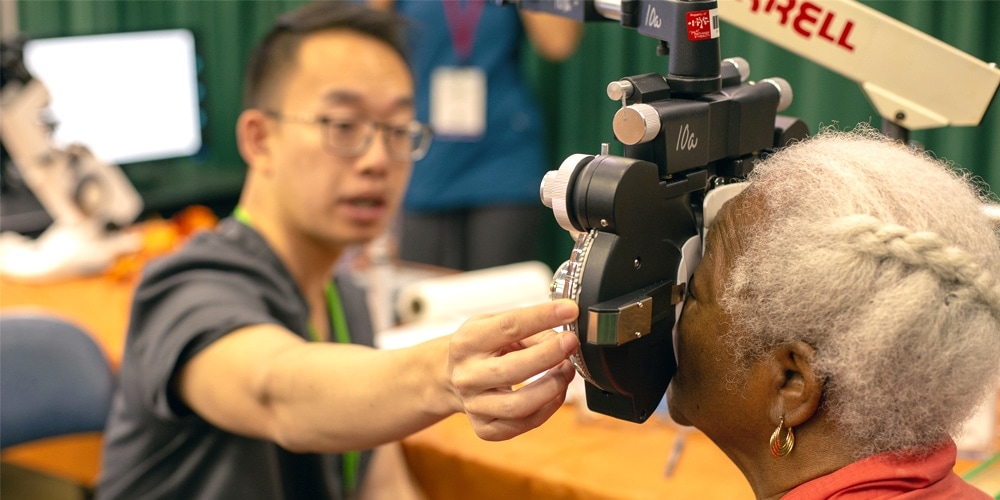 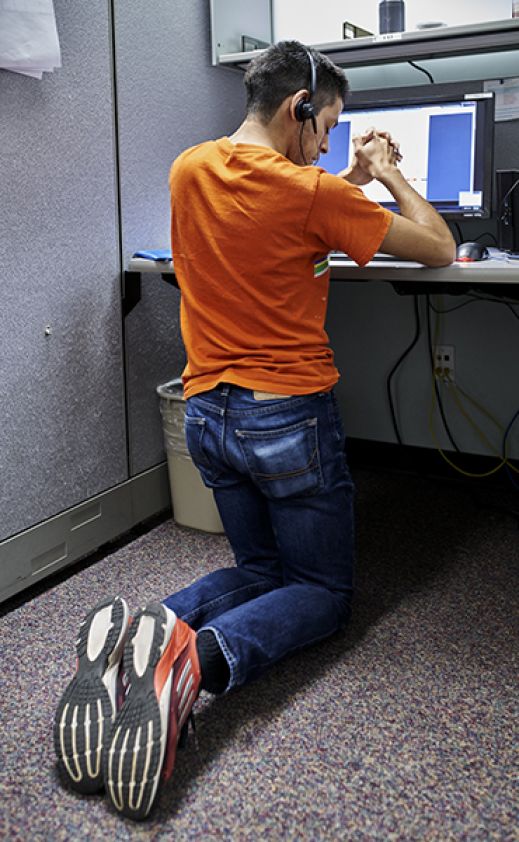