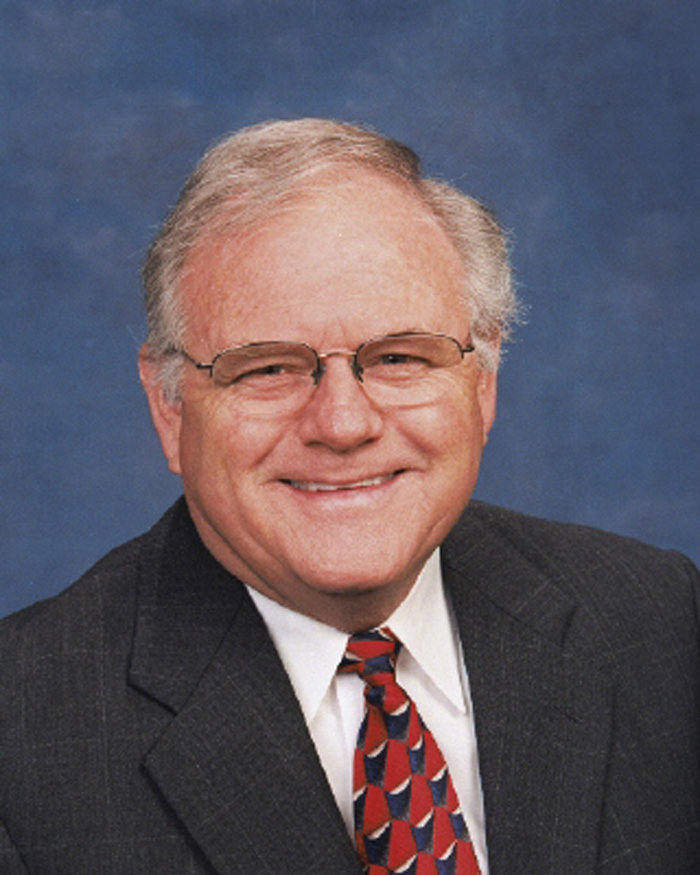 Larry Caviness, a Seventh-day Adventist Church pastor and administrator who encouraged thousands of people to seek a closer relationship with Jesus through the heart-rending story of his son’s slow death to a rare disease, has died after a struggle with pancreatic cancer. He was 74.

Caviness, who retired last year as president of the Southern California Conference after 47 years of church service, died at 3:56 a.m. March 2 surrounded by his wife, Linda, and other family members in his home in Springboro, Ohio, said Betty Cooney, communication director for the Glendale, California-based conference.

“He was a spiritual mentor, a compassionate leader, and a visionary who wanted to see God's church flourish,” Velino A. Salazar, president of the Southern California Conference and a friend of 18 years, told the Adventist Review on Thursday.

“He was a servant — always looking for ways to advance the cause of God and move the church forward,” said John Bradshaw, speaker and director of It Is Written, who served with Caviness on the television ministry’s executive committee.

Bradshaw said he vividly remembered Caviness explaining to him the incredible diversity of the Southern California Conference, with so many cultures and languages, and saying: “We’ve just gotta figure out a way to reach them. We just have to.”

“And then he told me very matter-of-factly, ‘The Holy Spirit is going to get it done,’” Bradshaw said. “And he believed that. Of course, he was right.”

Caviness’ faith wasn’t always so sure. One of his three children, Tad, was diagnosed with Niemann-Pick Disease, a rare neurological condition that is always terminal, around the age of 10. Tad gradually lost his ability to walk and then eat. He died in 1993, two weeks shy of his 17th birthday.

As Caviness watched Tad slowly die, he struggled to understand why God wasn’t answering his — and his son’s — fervent prayers for healing.

Caviness recalled driving down a California road and pounding on the steering wheel as he cried out to God after a particularly distressing night with his sickly son.

“God, where are you?” Caviness screamed, according to an interview that he gave to Don Schneider’s “Really Living” television program several years ago. “Look what’s happening down here. Can’t you do something about it?”

Caviness said he yelled and wept until he had nothing more to say and no tears left to cry. Then in the silence that followed, he sensed God’s presence.

Caviness, his voice cracking with emotion, said: “I sensed Him putting his arm around me and saying, ‘Larry, every time you hurt, I hurt. Every time you cry, I cry. I know it isn’t easy to watch your son die. I watched My Son die. And when He was stretched out on that cross, I couldn’t stand the sight. And so I darkened the heavens, and I made the lightening flash and the thunder roll, and I shook the Earth, and I ripped the veil in the temple. My Son was on that cross, and I couldn’t stand that sight. But Larry, I had to leave Him there. I had to leave Him there so I could save you.’”

In the silence, Caviness said, God seemed to bring to his mind the lessons that He wanted him to learn from the experience with Tad.

Larry Leroy Caviness was born on May 8, 1941, in Los Angeles to Lawrence Clifford Caviness, an Adventist minister, and Charlotte Jean Scott Caviness, an administrative assistant.

From 1971 to 1986, Caviness worked as youth director for the New York, Carolina, and Northern California conferences.

“Through his work as a youth director, he helped shape many other youth directors and pastors who serve throughout the North American Division currently,” said Ricardo Graham, president of the Pacific Union Conference, whose territory includes the Southern California Conference.

“I remember how healthy and happy he was at his retirement party last May, surrounded by his family and friends,” said Connie Vandeman Jeffery, whose father, George Vandeman, the founding speaker and director of It Is Written, worked with Caviness for years.

“My father, George Vandeman, counted on his wisdom, counsel and friendship,” Jeffery said. “And then, years later, he would be there for me in my moment of personal and professional extremity. I cannot count the times he encouraged and inspired me — by phone, in person, by e-mail.”

It Is Written was one of six ministries located at the Adventist Media Center in Simi Valley, a city in the Southern California Conference. The media center was closed as part of a restructuring in 2013, and its ministries relocated elsewhere.

Others also spoke about the personal concern that Caviness showed for people. James G. Lee, vice president of the Southern California Conference, recalled that his son once brought his new car to the conference office to show Caviness, a car enthusiast. As they were talking, his son mentioned that something was wrong on the underside of the car.

“The next thing we knew, Elder Caviness left and then returned in jeans and a T-shirt and crawled under the car to take a look. He diagnosed the problem,” Lee said.

“Even though he was a very busy man, he was not too busy to take the time to help a young man with his car,” he said. “He was the most caring man I knew. He cared about people, especially young people.”

Crying Out to God

Caviness also was known as a man of prayer who readily cried out to God, claiming Bible promises and pleading for assistance, amid seemingly insurmountable circumstances.

“I remember how he would beg and plead with the Lord when we could not humanly solve certain situations,” said Salazar, who replaced Caviness as president last year. “He would literally cry out to the Lord, claiming His promises.”

Jeffrey shared a similar experience. “I remember how he prayed with me and how he’d tell me of being up till 3 am the night before, wrestling with God over the tough issues he faced,” she said.

Lee said Caviness told meetings of senior conference officers that he walked in the mountains above his Glendale home every morning and talked with God.

“Often he begged and pleaded with God to show him what to do in certain difficult situations,” he said. “For me, he was such an example of godliness. I felt that Elder Caviness truly knew the Lord.”

Details about funeral arrangements are pending, but Caviness is to be buried in Chico, California, beside his son Tad.

Caviness, who has spoken about Tad in presentations across the United States, said in the “Really Living” television interview that the experience of watching his son die had forced him to make a choice: to hate God or to hate sin.

“I have chosen: I hate sin with a passion,” he said. “I trip and fall on it every day. … But we have a Savior — and it’s that Savior that I look forward to seeing face to face one of these days. And I know I’ll be with Tad again.”

Article
Passing On a Legacy of Faith
It’s the greatest gift you can give to your children.
Magazine Article
After the Dust Settles
Adventist public engagement after the tumultuous year 2020.