Community Pulls Together After Deadliest Fire in California's History 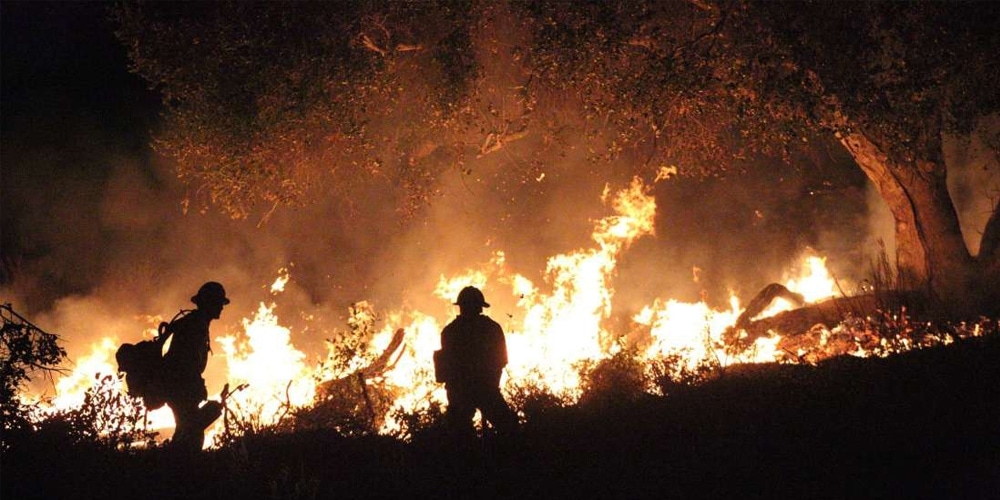 “I first saw the pictures of the church Friday afternoon as I was having my lunch,” said Dan Martella, administrative pastor for the Paradise Seventh-day Adventist Church in California, during a Nov. 12, 2018, Skype interview with Washington, D.C.’s Fox 5 television station (WTTG/WDCA). Martella has been a pastor there — and a community member — for three years. On Thursday evening, Nov. 8, the church burned to the ground as the Camp Fire swept through Paradise.

“It was a sucker punch, and then a day later, we got the pictures of our house. So, it's a ride,” Martella said.

The Camp Fire, now considered the deadliest fire in California’s history, has claimed the lives of more than 60 (as of 8:00 a.m. EST, November 16, 2018), with more than 600 considered missing, in the vicinity of Concow and Paradise. According to reports coming from national news outlets, more than 52,000 were evacuated from the area; about 8,800 homes have been destroyed.

Nearly 1,300 Adventist church members have been affected, with many losing everything except their lives. Not all members are accounted for — news reports indicate that more than 100 are still missing. And in addition to the loss of the church, the Paradise Adventist School lost its K-4 building and sustained damage to the gymnasium basement.

Adventist Health Feather River hospital reported that some of its buildings were damaged. “The good news is that part of the upper level of the hospital is standing, as is OB, ED, Outpatient Surgery Center, Home Health, Cancer Center, and Sleep Medicine,” the report stated. “The lower level of the hospital, the chiller and utility area, and most of the other outbuildings did sustain damage. … We are still assessing the situation to determine the full extent of the damage of all buildings.”

On Thursday, Nov. 15, the Pacific Union Conference approved a special appropriation of US$100,000 to the Northern California Conference for use in immediate relief efforts for the church and school in the Paradise community.

According to a CNN report, 1,385 residents are living in shelters. While many are struggling, a surge of support is coming from Paradise and the surrounding communities. Adventist church members have joined with their neighbors in the community to help.

“Our members are working closely with local organizations and have pulled together to face this crisis,” the Pacific Union Conference said in a Nov. 10 news release. The release stated that “Paradise church members who have lost their sanctuary will be worshiping with nearby congregations, [including the Chico Seventh-day Adventist Church,] and our pastors and members have reached out to help meet the extraordinary needs created by this disaster.”

“Financial support for the fire recovery is the most important way our members can help right now,” said W. Derrick Lea, North American Division (NAD) Adventist Community Services Disaster Response (ACS DR) director. “People need the basics — clothes, shoes, food, water — and these needs will continue in the near future.” Lea, while on assignment in Saipan (part of the NAD’s Guam-Micronesia Mission), which was devastated by Typhoon Yutu in October, has kept tabs on the ACS DR early response to both the northern and southern California fires.

On Nov. 11, Lea reported, “Ed Fargusson, the assistant to the president of the Northern California Conference, continues to work with his local community onsite, and the NAD has offered support as appropriate. Charlene Sargent is meeting with local leadership within the disaster response community in southern California. She is providing support to the leadership there. Both conferences have asked for financial support for the fire recovery over the next few days. The NAD has sent out this same message and standby to offer help as needed. Marshall and Julie Gonzalez, filling in for me in my time away, have been in communication with both Southern and Northern California conferences.”

Local Adventist members are helping in some immediately tangible ways. Nancy Hamilton, a Chico resident and videographer from Golden Eagle Films, used her press credentials to record video of homes, going street by street, to help those who cannot go into the area to ascertain if their property has been damaged. Hamilton also shared earlier footage for the Fox 5 news report, including video of first responders and the smoldering Adventist church properties. “This is my own personal Facebook page … I am simply one individual doing what I can in an emergency,” Hamilton said on some of her Facebook video posts. She has posted to both Facebook and YouTube.

On Facebook, Katlyn Dordevic from Napa shared photos from her volunteer work in Chico during the past two days. She said it was “such a blessing to volunteer as an RN in Chico with all the other staff helping at a shelter, then going to Walmart to help at ‘tent city.’ Lots of dressing changes, blood pressure checks, and quick triage to [determine] medical needs.”

Dordevic shared that the large group at Walmart expressed “so much gratitude that melted my heart. Everyone had nothing but good things to say about the care they were receiving.” She added, “Continue to pray for them. Personal items [are] needed, such as socks, under [clothes], and warm items such as blankets, hats, and gloves.”

Martella lost his home in the fire. But in the Fox 5 Skype interview, he said he is heartened by the love and support coming from the church community, friends, and family. "The outpouring of love — it is overwhelming,” he said. “I cannot keep up with my Facebook friends. They are there expressing their encouragement and support. I can't keep up with that, and the people that don't even call ahead, they just say, ‘We're on our way.’”

About the Camp Fire

The fire was named after Camp Creek Road, the place it started in the morning on Nov. 8. Shortly after the fire started, the Butte County sheriff’s office ordered the evacuation of Paradise and surrounding locales. Within the first day, the fire had destroyed up to 90 percent of the town of Paradise and the Concow community.

By the morning of Nov. 13, the fire, fueled by strong winds, had caused 56 civilian fatalities, injured three firefighters, covered an area of about 135,000 acres, and either damaged or destroyed at least 8,817 structures, according to the Camp Fire Incident Update.

Strong winds approaching 50 miles per hour (80 kph) and dry conditions fueled the fire’s quick movement through the area, trapping residents who had little or no time to flee, and making it impossible for firefighters to contain the blaze.

As of Nov. 15, the fire was between 35 and 40 percent contained, according to media reports.

Captain Scott McLean of the California Department of Forestry and Fire Protection (Cal Fire), was quoted in a Nov. 10 San Francisco Chronicle article as saying, “Pretty much the community of Paradise is destroyed, it's that kind of devastation. The wind that was predicted came and just wiped it out.” 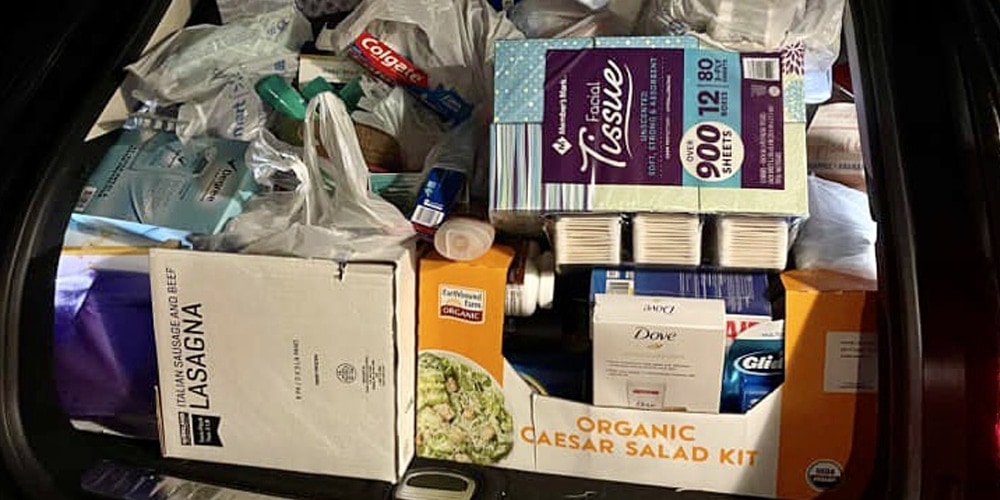