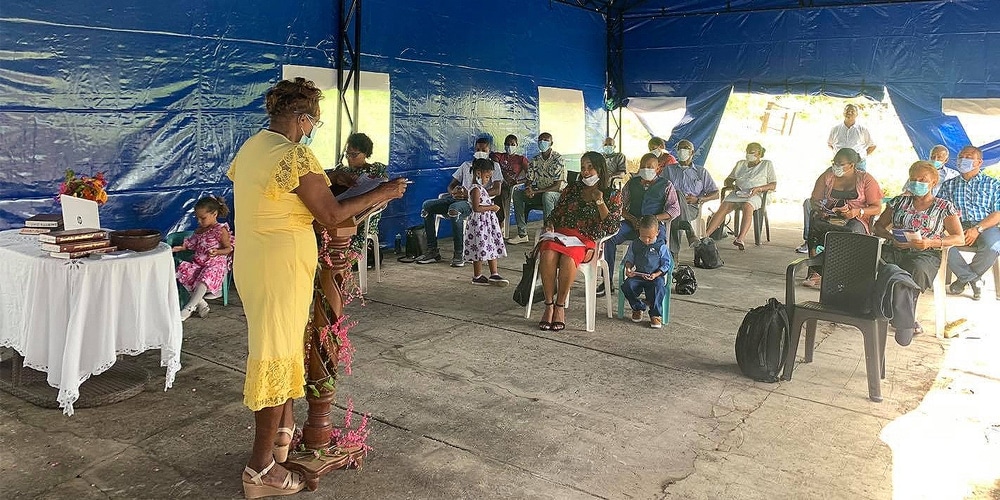 Hurricane Iota barreled through the Colombian islands of San Andrés and Providencia with 160-mile-per-hour (257 kph) winds on November 16, 2020. Nearly a year later, Seventh-day Adventist members recently met for the first time for worship inside churches or special tents, after holding gatherings outdoors since the hurricane.

Out of four congregations, one church was destroyed, two others were damaged, and a fourth congregation that met weekly at a rented location was left without a place to meet.

“We experienced challenges with the logistics with transportation into the island and shortage of materials, so it delayed our plans to repair or rebuild the affected church structures for the Central and Bethel congregations,” Johnathan Gallego, president of the Colombian Islands Mission, said.

The Rocky Point Seventh-day Adventist Church was destroyed, so a large tent was set up on a metal frame for worship services. Plans are still pending for reconstruction within the next 12 months, Gallego said. “Members of the Cedar Valley church also began meeting under a provisional tent while they procure a better location to worship God,” he added.

It was important to gather dozens of members who are still living on the island to meet on September 11, 2021, Gallego said. “Most of our congregations have been meeting outdoors, in small groups, usually under a tree every week.”

Saturday (Sabbath) afternoon saw 120 church members from the four congregations ready to be involved in missionary outreach on the island. Members were given specially designed T-shirts, Bible study booklets, and missionary survey sheets to go out and contact their communities and share the gospel with fellow islanders.

“All were organized by twos across Providencia, reaching homes in various communities, looking for persons interested in learning more about preventive health and Bible knowledge,” Gallego said. “Even with the challenges, church members have not stopped sharing hope in their neighborhoods,” he added.

Throughout the past 11 months, the Adventist Church has been instrumental in assisting those affected by Hurricane Iota. Hundreds of stoves, pots, blenders, sheets, towels, pillows, hygiene kits, food baskets, fans, and more were distributed among the island’s residents. Yet, rebuilding has been slow because of the high demand for materials and increased costs.

“We will continue to offer spiritual support as well as physical and emotional needs as much as possible,” Gallego said.

More than 1,100 Seventh-day Adventists are worshiping in 12 churches and congregations in the Colombian islands of San Andres and Providencia. 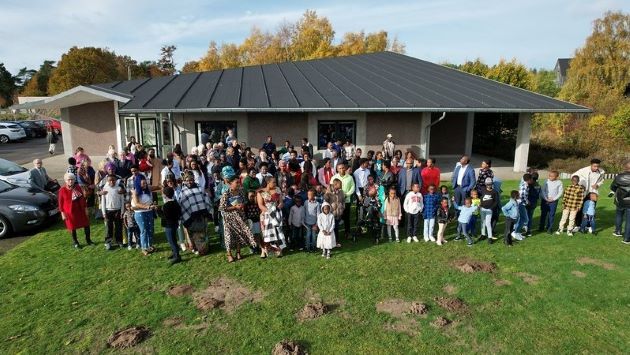