Christmas Is Why You’re Not Home for Christmas 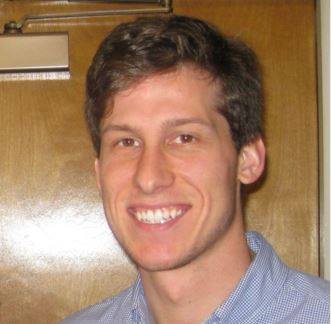 Editor’s note: The North American Division’s Office of Volunteer Ministries e-mailed this Christmas message by Ben Speegle, a former student missionary to Thailand from Pacific Union College, to its hundreds of student missionaries and other volunteers worldwide this week. It resonates with all of us who as Adventist Christians are missionaries in this world.

Here’s a thought that I have been toying with recently: As a missionary, Christmas is the reason you aren’t spending Christmas at home this year.

If that sounds confusing, I’ll try to explain.

At my local church this week, we had, as is the case with many churches, a Christmas presentation. This particular presentation included singing, drama, theatrics, and historically suspect costumes.1 In a whirlwind 40 minutes (give or take), actors portraying the roles of disciples, shepherds, wise men, angels and Jesus sang familiar Christmas carols (as well as, bizarrely, two songs I have personally only heard performed by Alfalfa2 and R. Kelly3), and acted out key moments in the Christmas story.

The one thing that struck me, however, was the inclusion of adult Jesus. For many of you, that may not seem like such a strange thing. But for some reason, having adult Jesus, not just baby Jesus, made the whole story more tangible to me.

It is easy to view the birth of Jesus as a stand-alone story, to say, “Wow, all these pieces came together so nicely, what an interesting tale.” But there is a danger in separating the “what” from the “why.” Many Christmas pageants, if you will forgive the term, will focus on verses in Isaiah where Jesus’ birth was prophesied. Perhaps they will quote from the second chapter of Luke, as Linus did, in response to Charlie Brown’s desperate plea.4

This presentation, however, focused on John 3:16: “For God so loved the world that he gave his one and only Son, that whoever believes in him shall not perish but have eternal life” (NIV).

It seems so simple, and maybe I am the only one who manages to separate the purpose of baby Jesus from the purpose of adult Jesus, but there it is. And, if you will forgive my digression, I want to return to my original point: As a missionary, Christmas is the reason you aren’t spending Christmas at home this year.

Think about that. The purpose of Christmas, the birth of Christ, was to bring an individual into this world who would save the world, who would offer grace, redemption, purpose and life to those who believe. This same Individual, whose birth we celebrate at Christmas, encouraged us in Matthew 28:19-20: “Therefore go and make disciples of all nations, baptizing them in the name of the Father and of the Son and of the Holy Spirit, and teaching them to obey everything I have commanded you. And surely I am with you always, to the very end of the age.”

The life that began at the event for which we celebrate Christmas is (I hope) the reason you are in an unfamiliar place right now, eating unfamiliar food, hearing unfamiliar languages and seeing unfamiliar customs. God’s plan did not begin with the birth of Christ, it did not end with his death and it cannot continue without the service of people like you.

Many verses are appropriate to read during the Christmas season, but for missionaries, who may be missing family and traditions and a sense of familiarity, the verse I feel impressed to share with you is the one with which Matthew feels obliged to end his book: “And surely I am with you always, to the very end of the age.”

Have a Merry Christmas and know that you are not alone. You are loved, appreciated and prayed for. May God continue his good work in you.

1I vote that people go without eyeglasses for the duration of the show, just for authenticity.

2The song is “You Are So Beautiful,” originally written by Billy Preston and Bruce Fisher. According to Wikipedia, the song first appeared in 1974. Dozens of artists have performed renditions of the song, but the iteration I am familiar with is from a 1994 flick known as “The Little Rascals,” in which Alfalfa Switzer sang the song to Darla.

3This song is “I Believe,” it originally appeared on a soundtrack for “Osmosis Jones” in 2001, but was rewritten as an inaugural anthem for Barack Obama in 2008. And, evidently, rewritten again to be included in a Christmas pageant. Who knew?

4Charlie Brown asks if anybody really knows what Christmas is all about, and Linus responds with Luke 2:8-14 in the 1965 animated television special “A Charlie Brown Christmas,” which originally aired on CBS television.

Voices
Around the World at Christmas Time
The memories and traditions we hold dear. 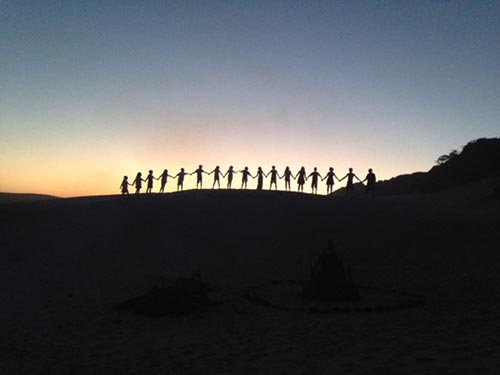