Can a Struggling Local Church Come Alive through Prayer? 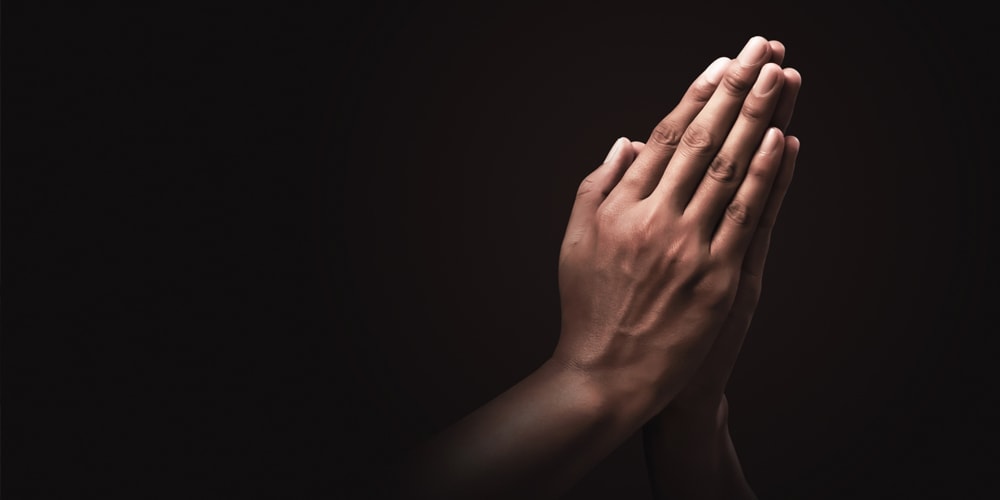 What follows is based on a presentation during the Leadership Education and Development (LEAD) Conference, on the opening day of the Annual Council 2020 of the Executive Committee of the Seventh-day Adventist Church. The annual business meeting of church executives and lay delegates from around the world is being held virtually this year. In this commentary, Adventist Church Ministerial Association director Jerry Page and communication manager Jonathan Walter share a case study that, according to them, shows the power of prayer and trust in the work of the Holy Spirit to revive a struggling church. Elements of the oral presentation have been preserved.—Editors

A Stagnant, Disillusioned, and Distrusting Church

A pastor was assigned a new church district in a city of about 350,000people with an above-average economic status, in the southeast region of theUnited States. This new church districtof about 90-120 attending members had been struggling with very low baptism numbers and church conflict over the years. Only 15-20 percentof the membership was actively participating and being involved in church activities, with the leaders doing most of the work. There was a feeling of disillusionment, distrust, and a general lack of confidence in pastors among the local leaders. In addition, the church struggled with “evangelism fatigue” due to very few positive results in the past and little belief in the possibility of actual church growth.

Having served in various similar settings before, the new pastor knew from personal experience that no human methods could bring a solution to the lack of revival and spiritual transformation he was facing in his new congregation.

Steps Towards a Solution

The pastor says, “In each instance, I learned I needed to acknowledge my limits and total incapacity to produce change or growth, and instead to plead for help from God.” He and his wife realized that only by serious, dedicated prayer could they receive help. “Once again, I turned to persistent, regular prayer. Not for just a few days but a longer period of six months.”

“My wife and I committed to pray daily for two hours. Each morning we spent time in intense personal prayer and specifically interceding for each member by name. We asked God to reveal His vision for this church to me and that the members would also develop deeper prayer lives and see His vision.” At first, not much happened. The pastor began to call and visit all his members to pray with them about theirs and their loved ones’ personal needs. As this prayer focus continued, his relationship with God and the members was strengthened, and communication barriers were broken down.

At the same time, he focused his preaching and teaching on developing in the members a desire for prayer, spiritual growth, a love for people and their salvation, and a belief that their church could grow. Slowly changes began to happen. Some members began to pray more and started their own prayer groups. Prayer began to saturate every meeting and activity of the church. Nevertheless, after four months, the pastor did not believe the Lord had yet fully revealed to them His specific vision for this church. He urgently sought the Lord for that breakthrough.

Then, early one morning, he was awakened at about 2: 00 a.m. and felt as though the Lord was beginning to give him many ideas about what the church vision should be. He wrote them down and asked God to somehow bring confirmation. Later that morning, a leader from the North American Division Evangelism Institute (NADEI) called him. He said he wanted to come to his church and talk about a potential pilot program he felt the Lord wanted them to try. As he outlined the ideas, the pastor found out they were almost the same ones the pastor had felt impressed about early that morning.

The pastor went back and excitedly told his church board what had happened. When they eagerly asked what the plan was, he said he would not tell them because he wanted the Lord to show it to them, so that they would own it. He challenged them to go home and pray much for the next month for the Lord to reveal the specific plan to them, to see if it was really from Him. He began to call them daily to pray with them about this. The next month at the board meeting, two of the church leaders felt God had revealed His plan to them. It was almost exactly what the pastor and the NADEI leader had felt impressed by God to do.

The Basic Parts of the Plan

1. Developing a consistent environment of prayer with all leaders and members, in their personal lives and all the planning, activities, and outreaches of the church, seeking God's vision at each step rather than imposing their own ideas.

2. Bible studies given by many members using audio/visual studies. Focusing on building relationships and answering questions — all immersed in prayer.

3. Many mingling and caring activities in the community and various felt-needs seminars to build relationships and trust.

4. Public evangelism once a year preceded and followed by 40 days of prayer, respectively.

5. Structured discipleship follow-up — new members to be regularly visited by an elder or a deacon (at least once a month), be involved in much prayer, Bible studies to review doctrines, and integrated into church activities.

6. A strong sense of God’s leading and presence with prayer becoming the most important and very visible part of all ministry activities. Guests to see God is leading and expressing that this is the most praying, friendly, and active church they have seen.

7. Regular sharing of stories and testimonies to inspire and motivate members and visitors.

Multiple times a year, the elders and leaders of departments would come to the pastor’s house, where they would eat, pray, and then plan. They prayed for an average of two hours each time, seeking God’s leading, presence, the Holy Spirit’s baptism, and new specific steps for the church. They felt a need to get more members involved and a burden to reach their community for Jesus.

After the first successful year of these ministries, the elders again met at the pastor’s home.  They went into the woods to pray and ask God for His vision. When they came back, some of them had the vision to reach out to a much broader basis through television, radio, and literature evangelism. The pastor said, “I told them we are already involved in so much. It is too big of a vision. How could we possibly pay for all that?” He resisted the vision they felt the Lord was giving them.

Very soon after that day, he had an amazing experience and rebuke from the Lord for his lack of faith. Within one hour, he received three phone calls. One was from a woman in charge of local cable TV who had four hours of airtime to give to some religious group for free. She had listened to the pastor’s sermons online and said, “I want to give your church this free airtime.”

Next, an Adventist member in a local town nearby called and said, “I have wanted my church to get on the radio, but our community is too small. I will give you [US]$25,000 and help you establish a 24/7 radio presence in your city.” Then, a few minutes later, a leader at the local conference called to say the conference wanted to send their student literature evangelism teams every year to their church and city.

The pastor had to apologize to his elders for his lack of faith, and all of these things became a part of their miracle ministries in the future.

When God’s Spirit is welcomed through sincere, ongoing prayer and through an attitude of surrender and a willingness to let Him set the agenda, powerful changes will be brought about. Where before this church was struggling in so many ways, through the above-described experience, begun in 2011, a complete shift in church culture and life took place over the following years, for both the church as a whole and the members individually. This church was now running on prayer and earned a reputation among visitors of being an extremely friendly place and had a real unity with very few conflicts.

As a result, Sabbath attendance climbed to around 300, engagement increased, and church growth took place. Church members were now visited every year at least once or twice by an elder or deacon. More than 225 members were now actively involved in ministry activities. Hundreds of Bible studies were being given, and a real visible joy and feeling of success filled the members’ hearts, knowing that God brought about all these blessings. Every Saturday (Sabbath), an average of 30-40 visitors were present, and missing members began to return. After a few years, this church annually welcomed about 50 baptisms with a retention rate of more than 75 percent, becoming measurably one of the healthiest and fastest-growing churches in the NAD. Additionally, besides the 24/7 radio broadcast and the four hours on cable TV, the church’s web presence exploded with many regular visits and downloads from over 70 countries, increasing the local congregation’s impact on a global scale.

Are we, as church members and leaders, willing to surrender our ideas, plans, and human methods to the Holy Spirit, and let Him set the agenda?