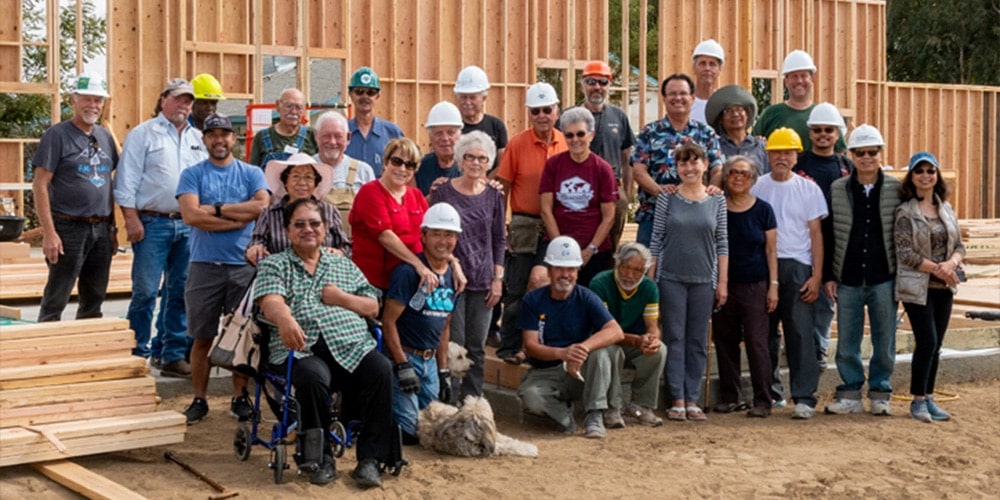 When it comes to mission trips, a rule of thumb is to have flexibility always. This principle was put to the test in October 2019, when a group of Maranatha volunteers arrived in Bakersfield, California, United States, for a project, only to find that they weren’t allowed to work.

The objective was to frame a new sanctuary for the Asian American Seventh-day Adventist Church in Bakersfield. For approximately 18 years, the congregation had been meeting in a tiny one-room building. Now they were ready to build a brand-new worship space with Maranatha’s help.

However, an unexpected challenge on a permit prohibited the volunteers from starting construction. With no idea about how long the permit approval process would take, the project leaders were at a loss for what to do.

Then the volunteers learned that a sister congregation, Hillcrest Seventh-day Adventist Church, was preparing for their annual “Walk Through Bethlehem” exhibit, which welcomes thousands of visitors each year. The elaborate set-up required crews to build the town of Bethlehem in their parking lot, a process that can take six weeks. However, due to a three-week evangelism event at the church, the start of the set-up had been delayed.

Ed Jensen, the project coordinator, said, “We wondered if this was the real reason we were supposed to be in Bakersfield.”

But their work wasn’t quite finished yet. Just days before the project was scheduled to end, the Asian American church received its permit. Volunteers immediately jumped on the site and started building. Some even stayed on an extra week.

“We got the walls framed and covered with sheeting and the trusses up,” Jensen said. “We got almost everything done that we were planning to do in the first place.”

The project had not started the way the volunteers planned. An attitude of flexibility and a spirit of service opened new doors of opportunity and blessing to not one but two congregations in Bakersfield.

Maranatha Volunteers International, which in 2019 celebrated its 50th anniversary, is a support organization that fulfills requests for construction assistance in the Seventh-day Adventist Church. Each project is carefully considered for need, overall impact on the community, and resources for long-term maintenance and support.

Currently, Maranatha is working in 14 countries around the world. Efforts are focused on church and school construction and water wells. A portion of the projects is completed by volunteers participating in short-term mission trips organized by Maranatha.