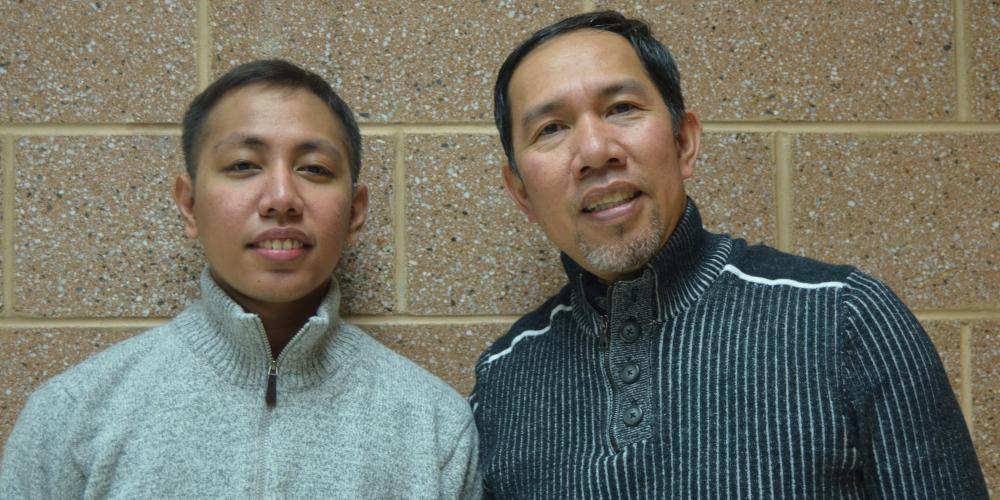 Doctors in his homeland, the Philippines, told him that he simply needed glasses.

But when Moyani and his family moved to the United States, an ophthalmologist was alarmed at the description of the vision problems and ordered Moyani to go to the hospital. After several tests, doctors made a shocking discovery: a brain tumor the size of a tennis ball.

The news stunned Moyani. He didn’t know what to do.

But the brain tumor wasn’t the only unsettling development in his life.

Shortly after his move to the United States, Moyani and his family were invited by an aunt to visit the Far West End Seventh-day Adventist Church in Richmond, Virginia. Moyani was not impressed.

“After the first visit, I didn’t want to go back,” he said. “It was so different from what I believed.”

But he and his family continued attending. He said the church members embraced him and his family after the discovery of the tumor and as he went through difficult chemotherapy and radiation treatment.

“I didn’t have insurance. We didn’t know where to get the money when the bills started coming in. But God was ahead of us,” he said.

The church members raised money to help pay the medical bills, provided food, and surrounded the family with prayer, he said.

“I praise God for a loving and caring church family that supported us even though we were not members,” he said. “They helped us defray some of our bills and provided food and lots of prayer and love.”

During the course of his treatment, Moyani’s life centered around the church, home, and the hospital. He did not have much time to think about anything else.

“I began to learn more about God during those very difficult and dark days,” he said. “I saw the light of Jesus, I learned how to pray. For the first time, I learned to study the Bible and learned how to surrender my life to Jesus with the help of my church family.”

He and his family studied the Bible weekly with the church pastor, Junnie Pagunsan, a native of the Philippines. Then Moyani decided to be baptized.

“It was the greatest day of my life,” he said.

One of his new friends from church, Dulcie Lacey, said it was Moyani who provided a blessing to the church members.

“He is the dearest little brother,” Lacey said on the Facebook page of the Adventist Church’s Columbia Union Visitor magazine. “His experience brought us as a church family together. He and his family have repaid us as a church by being so nice and affectionate. We rejoiced at his baptism.”

So what about the tumor?

“Now I am a follower of Jesus, a living testament of God’s miracle, one-year cancer-free, and still learning and growing in Jesus,” Moyani said.

Cliff's Edge
Unexpected Twists
I struggle somewhat with the idea that God allows to fall on us only what he knows we are capable of enduring.
Letters
Inbox
A Path to Trusting God | The Junk Collector | Turning the World Right Side Up | From a Longtime Reader | Wrestling With Prayer
News
Leaders Are Back on Their Bikes for Faith-sharing Adventure
The ‘I Will Go Ride’ team will do outreach across Australian region.