The volume is on exhibition at the heritage center in Australia’s Avondale University. 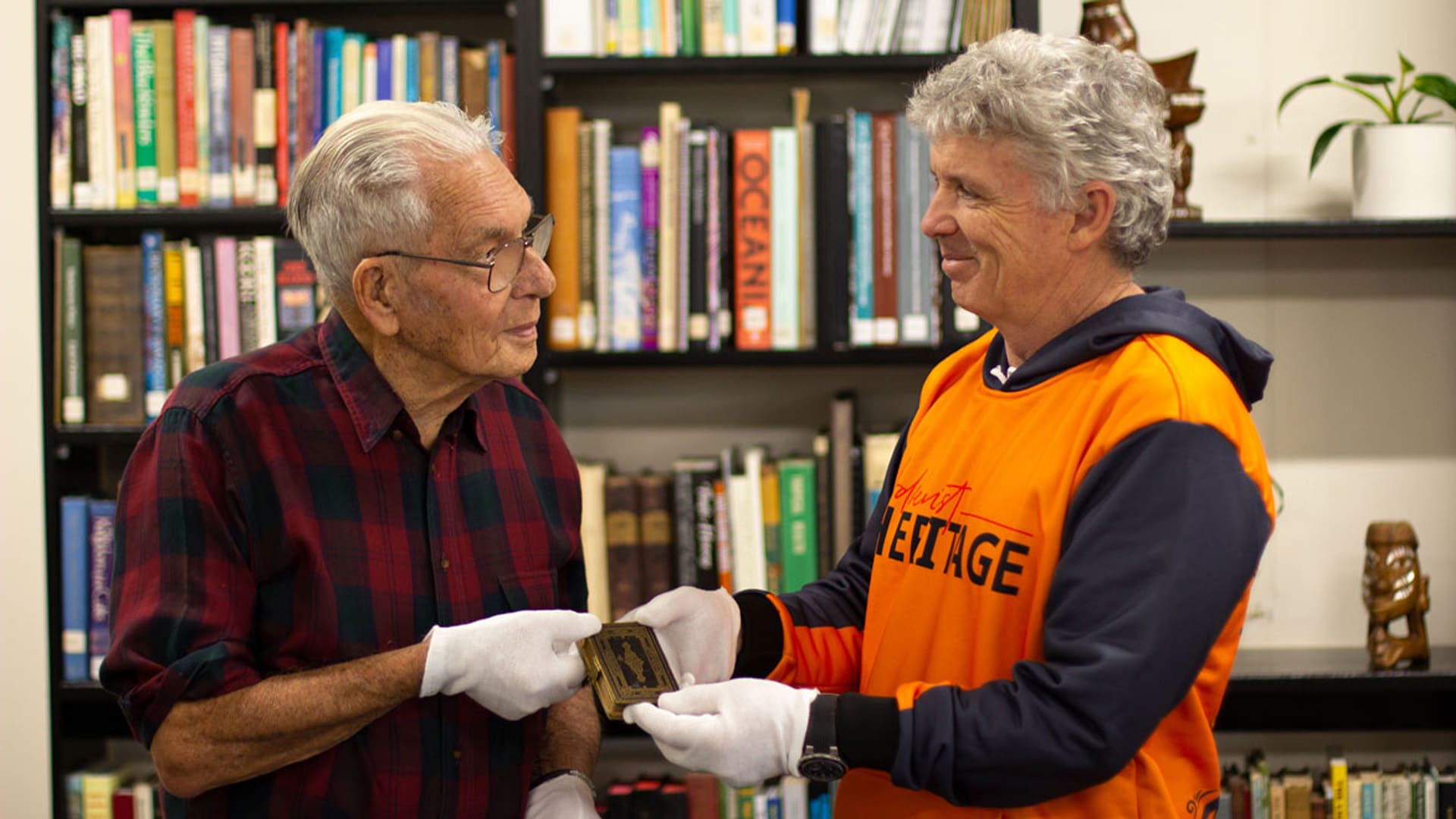 A prayer book given to Florence Nightingale, the founder of modern nursing, is on loan to a heritage center on Australia’s Avondale University’s Lake Macquarie campus.

A signature of “Florence Julia Nightingale,” dated November 17, 1852, appears in the middle of a small gold leaf-embossed black book on display in the Adventist Heritage Research Room. The book is an heirloom of Athol Briden, passed down through members of his extended family.

Briden’s father is Alexander James Harker Gray Briden. The book is inscribed “to cousin Florence Nightingale” by John Harker, whose handwritten note appears inside the front cover. Alexander’s brother, Sidney, is named after Sidney Herbert, a secretary of state at war for the British government, who became an ally and confidant of Nightingale. Three of Alexander’s sisters are named Flo, Flori and Floriance.

Briden received the book from another aunt, Julia, after completing St John Ambulance’s first aid and home nursing courses. When he made a congratulatory visit to her home, “she grabbed me by the hand, took me down the hallway to the lounge room and opened the china cabinet,” Briden said. “ ‘This belonged to your cousin Florence Nightingale,’ she told me, ‘and you need to have it because you’re the only one in the family who’s showing any interest in nursing.’ ”

Aunt Julia chose well. Athol became a psychiatric nurse, beginning his career in New Zealand before a move to Australia 25 years later. Daughter Sallyanne Dehn wanted to study at Avondale, so Athol got a job at Morisset Hospital. “I couldn’t believe it was called nursing. It was more like custodial care. And it was rude and crude.” Despite this, Briden remembers stories of healing, such as the difficult patient admitted to hospital covered in faeces. After a time, the man’s wife and young daughters arrived to take him home. “While they waited, the girls jumped up and down saying, ‘Daddy’s coming home.’ Then when he appeared, they embraced him. And I thought, It’s all worthwhile.”

Like Briden, Nightingale viewed her calling as reducing human suffering. She received the prayer book a year before the government asked her to help improve conditions for British soldiers injured in the Crimean War. “I can only imagine it fortified Florence, because she found comfort in her faith,” Briden said.

The prayer book intrigued history buff David Jones, heritage director for the Seventh-day Adventist Church in the South Pacific. “The story of Florence Nightingale is one of the tragedies of war and human suffering but the hope and sacrifice of those who care, which is a lot like the story of salvation,” he said.