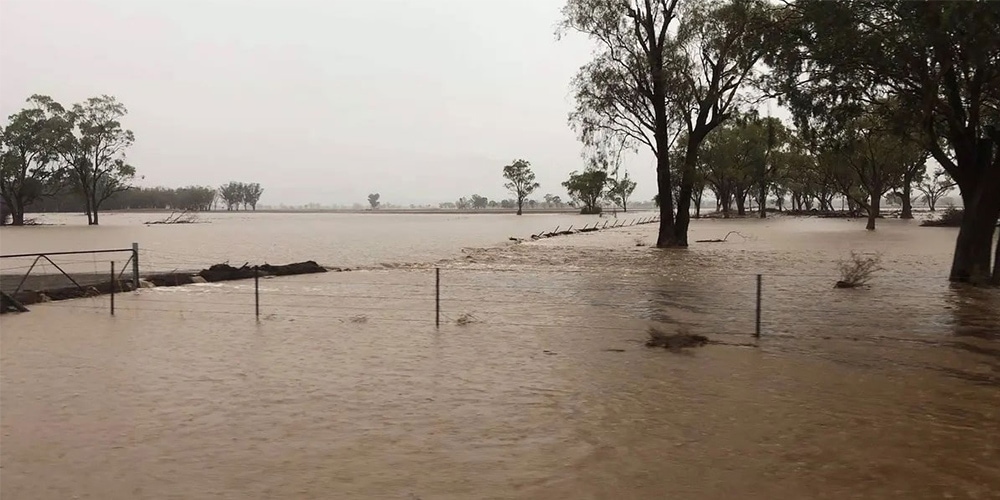 Extreme rainfall across the Greater Sydney Conference (GSC) and the North New South Wales (NNSW) Conference regions in Australia on March 20 to 21, 2021, has seen Adventist schools, churches, and homes flooded and evacuated.

According to NNSW Conference president Adrian Raethel, KAS has been closed since Thursday, March 18. Currently, no staff or students can reach the premises due to floodwater blocking access to the site from both directions.

Head teacher at Manning Adventist School Dianne Hillsdon said that although the Manning property is on a slope and should be mostly safe from flooding, it’s impossible to tell at this stage.

“One teacher who lives quite close to the school can’t even get in. The bridge is quite damaged, so structural engineers will have to look at it before we can travel over it,” she explained.

“This time last year, we were putting out spot fires, then we had COVID-19 all of last year, then now floods,” Hillsdon added. “We’re over it. It's probably been about 18 months of natural disasters and disease, and it's stopping us from coming together as a community.”

Port Macquarie Adventist School is operating on skeleton staff, with many staff and students trapped at home due to flooding. The school hasn’t had to close yet.

Adventist educators and leaders said they hoped most schools would reopen on March 24.

Road closures have also kept many church members from buying necessities, and several homes have been inundated.

“We know that one Macksville church member has been affected but are awaiting further updates at this stage,” Raethel reported.

Raymond Terrace Adventist Church was sand-bagged in anticipation of flooding, and that situation is being monitored.

To help the relief effort, members of Port Macquarie Adventist Church are collecting donations of non-perishable food items, pillows, blankets, and other necessities for those evacuated or otherwise affected. They are also encouraging people to pray and to reach out if they need accommodation.

“We have asked pastors to contact any vulnerable members, which they've been good at doing,” Raethel said. “ADRA director David Haupt is working with local churches to be available as evacuation centers.”

The NNSW Conference is working closely with the Adventist Development and Relief Agency (ADRA) to provide immediate cash grants to church members affected on top of government grants. They have partnered with the Australian Union Conference, which will match emergency funds dollar for dollar.

“We already had the application document all done due to the fires last year. So we’re just in the process of editing that and getting it out to David and church members so they can apply for funding through their church pastor,” Raethel said.

In addition to churches and schools, Stuarts Point Campground has been moderately flooded, resulting in grounds and road closures; however, water has not entered the buildings at this stage.

In the Greater Sydney region, flooding of the Hawkesbury River in Sydney’s west has flooded Penrith, Windsor, Richmond, and surrounding suburbs and is threatening Lloyd Grolimund’s farm, where the program Aussie Pastor is filmed. More than 3,000 people have been evacuated, and there are fears that up to 54,000 more could be affected.

Despite this, Crosslands Convention Centre, which has creek frontage on Berowra Creek that flows into the Hawkesbury River, has remained untouched by floodwaters.

“We have witnessed a miracle,” site caretaker Bruce Hill explained. “It boggles my mind actually, because everyone around us is being evacuated and flooded, and I know that heaps of people have been praying for us.”

With the entire site submerged under 4 feet (1.2 meters), this comes as welcome relief. Currently, there are nearly 2 feet (60 centimeters) of riverbank at the Crosslands site.

“It can only be God, nothing else. On Friday [March 19], in anticipation of what was to come, we moved everything that would sink or float, and it hasn’t affected us at all. I’ve been enjoying sharing God’s miracle. Everyone has expected us to be underwater, but we’re not!”

Crosslands is safe despite families being evacuated from their homes just five kilometers up the river.

“We have one family that has been evacuated that we are aware of in our office staff, and we believe everybody else is OK,” GSC president Terry Johnson said. “We have sent out information to all of our ministers. They’ve got ADRA information as well as support material, and if they let us know that some of their church members have been affected, we will then pass it on.”