As Death Toll from Conflict Rises, Adventists Talk Peacemaking at the United Nations 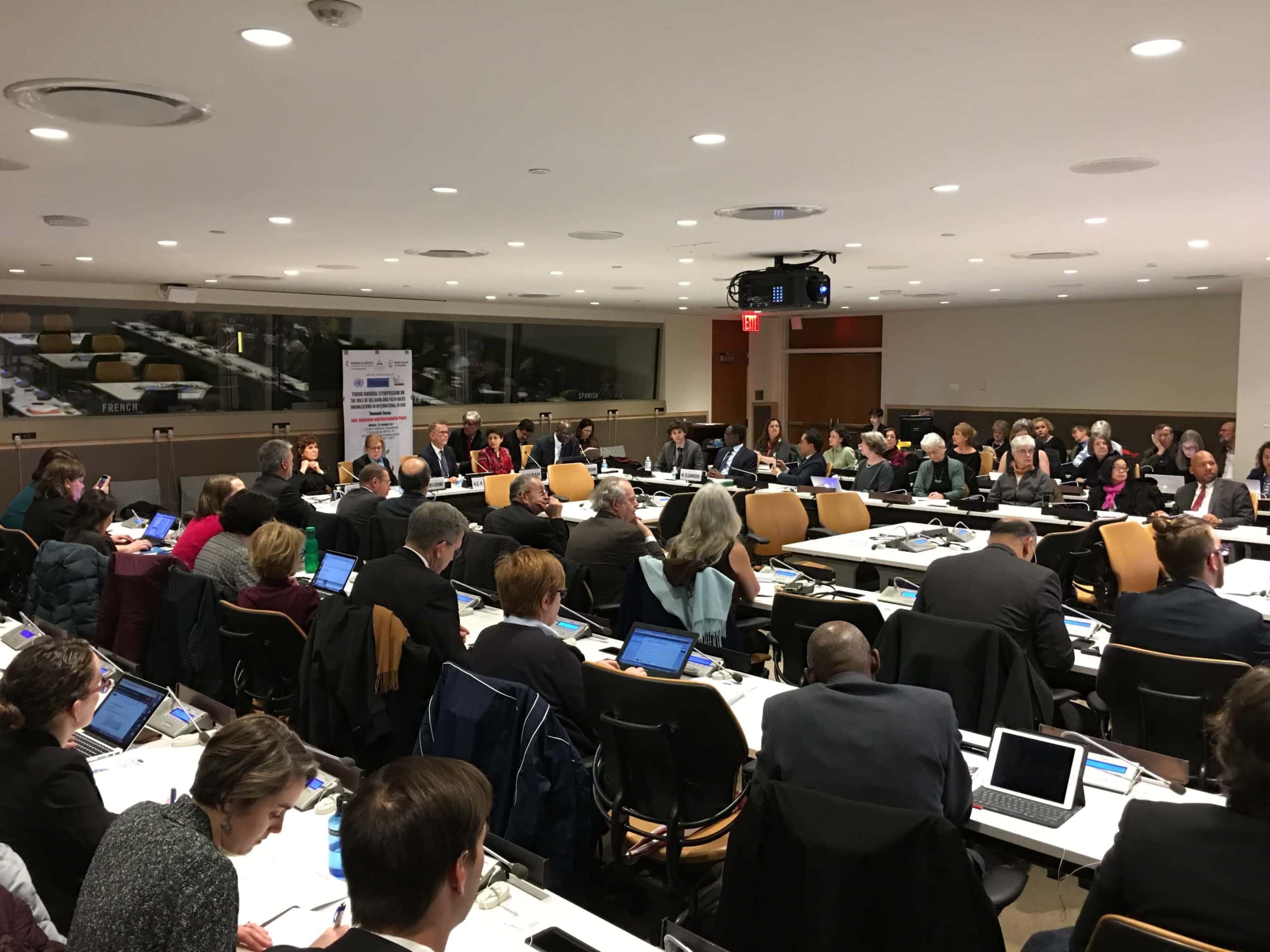 The Seventh-day Adventist Church is co-leading a discussion about peacemaking at the United Nations, with a church leader telling a major symposium that peace means far more than just the absence of war.

Ganoune Diop, director of public affairs and religious liberty for the Adventist world church, made his remarks during a presentation to 130 representatives from various U.N. agencies, along with religious and non-governmental organizations, at the third annual symposium on the role of religion and faith-based groups in international affairs. The event, held at the U.N. building in New York on January 23, was co-sponsored by the Adventist Church.

“Building peace is not a narrow enterprise,” said Diop in his first presentation of the day. “It means considering and engaging with the full spectrum of human life—spiritual, moral and physical. Yes, peace requires the absence of violence, but it also requires the presence of everything needed to support human dignity.” Thus, he added, the prerequisites for peace include the necessities of life—shelter, food, work—as well as freedom from coercion and fear.

The need for peacemakers is growing more urgent, said many of the presenters, including Dr. Jeffrey Haynes, Director of the Center for the Study of Religion, Conflict and Cooperation at the London Metropolitan University. Haynes cited statistics showing an intensification in global conflict over recent years. In 2008, some 56,000 people died from conflicts worldwide, with the number rising to 125,000 in 2014. In 2015, the most recent figures available, an estimated 180,000 people died as a direct result of conflict—the highest annual number since the Rwandan genocide of 1994.

An afternoon panel of speakers from the Philippines and Colombia—two countries beset by long-running bloody civil conflicts—reminded attendees that peacemaking involves far more than academic theories or high-level diplomacy.

“The work of peacemaking saves lives,” said Jesus Dureza, Presidential Advisor for Peace Process for the Philippines. This idea—the life and death significance of peacemaking—was echoed by Dr. Miguel Ceballos Arevalo, Dean of the School of Politics and International relations, Universidad Sergio Arboleda in Bogota, and former Vice Minister of Justice for Colombia.

Other presenters at the symposium spoke about the immense contribution religious and faith-based organizations can make in both mediating conflicts, and helping to build strong, stable societies that support peace.

His Excellency Pekanbaru Metso, ambassador-at-large on intercultural and interreligious dialogue for Finland, said that governments should not underestimate, "the significant role and influence of religion in society, even in this so-called secular age."

Adama Dieng, the U.N. secretary-general’s special advisor for the prevention of genocide, urged civil organizations, including religious organizations, to “stand ready to support governments in the work of nurturing and protecting the human rights of citizens, and building peaceful and inclusive societies.” He emphasized the broad influence of religious organizations in society, and encouraged faith-based organizations to take a lead in promoting peace. "The actions of an individual may seem so insignificant,” he said, “but together, collectively, we can take significant steps toward peace."

Speaking later, Diop emphasized the value of the Adventist voice and perspective being heard at the United Nations. “We have significant practical and theological contributions to make in the public discussion about peacemaking and the promotion of human dignity,” said Diop. “As a global organization we have a portfolio of services—including educational, spiritual, health, and humanitarian care—that helps foster healthy communities.” All these institutions and services, he said, speak to Adventism’s efforts to “improve people’s lives and to affirm the value of every human being.”

The public affairs and religious liberty department of the Adventist world church was one of three organizers of the symposium, which was also co-sponsored by the U.N. Inter-Agency Taskforce for Engagement with Faith-based Organizations, and the U.N. Office on Genocide Prevention. 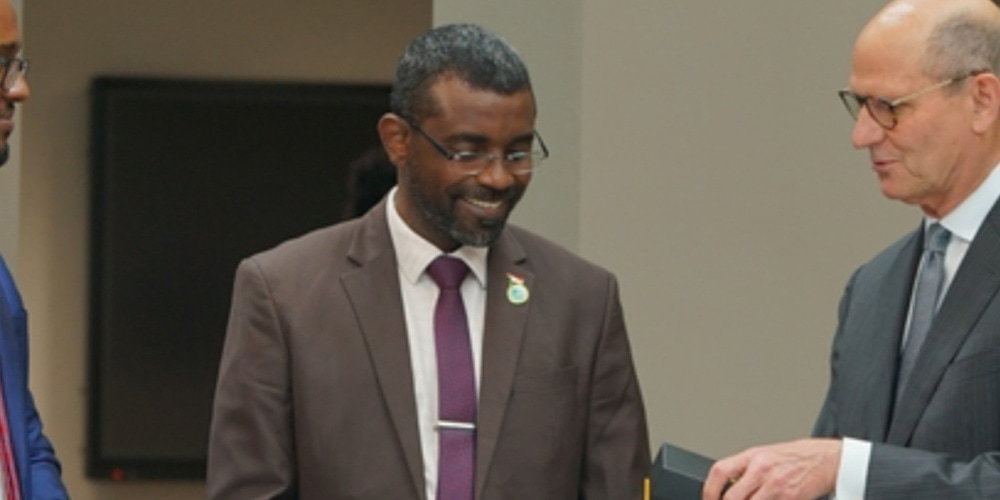