Artist Brings Hope to a Mourning Adventist Family in Mexico 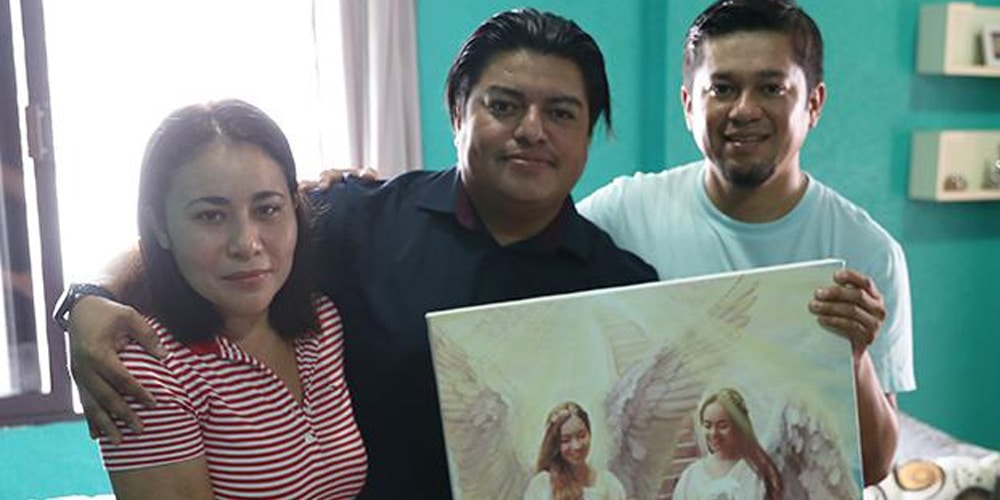 When Daniel Gallardo first learned of the death of five-year-old Ximena Gómez in a news report, it moved him, he said, just as it did for thousands of Seventh-day Adventists in Chiapas and across Mexico. Ximena had been kidnapped from her Adventist home in the town of Malpaso and had gone missing for ten days until her body was found on September 14, 2019.

It was devastating news that swept across churches in Chiapas, in southern Mexico. Politicians, local residents, and leaders from religious organizations had been united in prayer for ten days, pleading for Ximena’s safety, Gallardo remembered.

Gallardo had recently lost a brother and had family still living in Malpaso, so he was able to contact the mourning parents and request photos of Ximena growing up. He wanted to bring hope to the family.

“I was moved by Ximena’s smile in the photograph that was attached to the tragic news, and I went to work right away to create a happy memory of her,” Gallardo said. He is a photographer and visual artist, who works with what is known as “photobashing,” a technique in which artists merge and blend photographs or 3D assets while painting and compositing them into one finished piece. He worked for 51 hours on the piece and was able to send it to the family just a day after her funeral.  The image went viral on social media.

Weeks later, on October 8,  Gallardo, along with church leaders from the Chiapas Mexican Union, went to visit the family to deliver a 30x45-inch (76x115-cm) reproduction of Gallardo’s art. The finished image depicts Ximena surrounded by three angels being approached by Jesus on the resurrection morning.

"When the enemy takes away something that you love, any hope you have can be blinded by pain. It is the reason I wanted to remind you, and strengthen you through this, with the promise of resurrection,” said Gallardo as he gave the finished piece to the Gómez family.

Amid tears and hugs, Ximena’s parents, Antonio and Mara, thanked the artist and said they had received the image through social media after the funeral of their little one.

“That afternoon, we had just returned from church, very sad, but when we saw that image, our faces changed,” Antonio said. “We cried tears of joy, and we smiled, because we were reminded what it will be like when Jesus comes; that’s how Jesus will receive our daughter.”

The framed image has been an opportunity to witness to other people and share with them the blessed hope that sets us apart as Seventh-day Adventists, Antonio said.

“Ximena loved to get her photo taken; she would always smile for the camera,” Mara said.

“Many people tell me that is how Jesus welcomed her,” Mara added. “But I say no, that is how it will be when Jesus comes, and together we can be a complete family again. So to see that image reminds us that we need to be prepared and to preach the gospel so that people can know about God’s love and Christ’s soon return.”

Weeks after the funeral, the Gómez family organized evangelistic meetings in their own home, in the same place where their daughter was abducted.

“We wanted to organize these evangelistic meetings in our home because we know so many people now,” Mara said. “This is the opportunity we have to help people learn more about God. Many people want to know about the love of God. When they ask us, ‘Why are you so calm?’ we tell them about the peace that only God can give.”

Many of the 29 who attended the evangelistic meetings were visitors, friends, and family members who had never attended an Adventist church.

“The death of Ximena marked a somber moment for the Seventh-day Adventist Church in Chiapas but also brought unity and solidarity,” said José Luis Bouchot, executive secretary of the church in Chiapas. “This is a moment that gives public witness of our blessed hope — of the second coming of Jesus and the resurrection of those we love.”

Ximena is survived by her parents and two older brothers, ages 11 and 8.