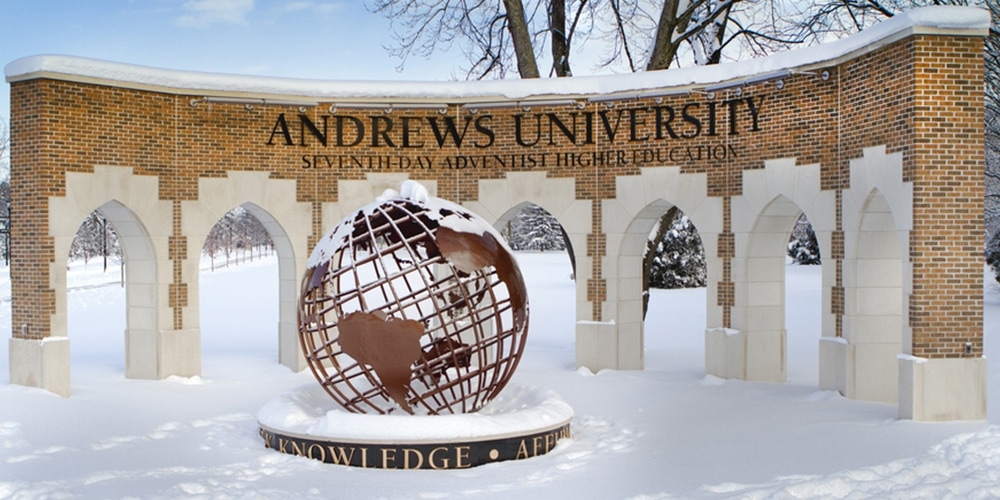 Andrews University, a leading Seventh-day Adventist institution of higher learning in Berrien Springs, Michigan, United States, is taking resolute steps to foster racial reconciliation, after officially responding to a video message that a group of concerned African-American students shared on social media on February 18. The video requested that school leaders formally apologize for what the students called “the systemic racism [the school] has perpetuated on its campus.”

The video “It Is Time AU” posted by the students was widely shared on social media, prompting many views and responses, mostly of support. As an official response to the request, university president Andrea Luxton addressed the university’s student body during the February 23 regular weekly chapel service. She shared both a personal message and an official video response from the school’s top administrators, student leaders, and staff.

In her chapel talk, Luxton repeated some of the ideas she had shared in a message at last year’s “Journey to Healing and Understanding” event held at the Berrien Springs Village Seventh-day Adventist Church and co-sponsored by Andrews University, the Lake Region Conference and the Lake Union Conference. She had previously quoted parts of that same message in an email sent to Andrews University faculty, staff, and students on February 20, as the first official response to the video.

“We have not listened well,” the president wrote via email. “We have not been sensitive and have not taken action when action should have been taken.” Luxton said she was “profoundly sorry,” and she reminded her audience that being Christians and Seventh-day Adventists demands we have greater expectations of ourselves. “We never have an excuse to devalue, make assumptions of another because of their race,” she stated.

Luxton acknowledged and validated that the student video “had struck a chord with many,” and inspired “a variety of passionate reactions from all corners.”

Along the same lines, the university president began her chapel message on a hopeful note. “We will be OK,” Luxton said. “I know it, because this community is amazing, something that has become clearer to me in the last few days.”

Luxton also reminded her audience that the heart of the Gospel is based on relationships, healing, and connection. Using the Gospel story featuring a group of friends who take a paralytic man to Jesus to be healed, she implied that everyone can play not only the role of those friends, but also of Jesus.

“Just like Jesus, when someone comes to us to be healed, we have the responsibility to offer healing,” Luxton said. “It is something we must do directly, honestly, and from [our] heart.”

The president’s words reflected an email message sent by university chaplain June Price and Pioneer Memorial Church lead pastor Dwight Nelson, who two days before the chapel service had invited the educational community to come together “to seek God for the guidance and wisdom, the correction and healing we need.” The ultimate purpose, they had reminded their message recipients, is that “we as a campus might reflect to the nation and world a portrait of [God’s] loving character.”

As a first step towards that healing, during the chapel meeting Luxton shared a “Listen. Dialogue. Change.” video message in which top administrators, student leaders and staff apologized on behalf of the educational community for not always being fully aware of racial bias and inequality.

“I am sorry,” said multiple leaders, looking straight to the camera. “We must do better.”

University administrators also shared some of the specific steps the school will be taking to foster healing and reconciliation in the next few months, including the hiring of a full-time administrator of diversity reporting directly to the president; mandatory cultural diversity training for faculty, staff, and students; and a strengthened grievance resolution process for students to report injustice and mistreatment of all kinds.

“We have not yet arrived at where we should be. But I can tell you that we are fully and unequivocally committed to continuing the journey towards healing, understanding and biblical justice,” said Luxton.

Luxton’s speech and the official university video response were met with a standing ovation, and prompted positive reactions, with students praising what some called “the Christlikeness in Luxton’s speech.”

“The way the president addressed the issue appealed to me,” said an Andrews student who asked to remain anonymous. “The administration obviously listened, answered, and told us how they are going to fix the problem by taking steps toward reconciliation.”

The same student shared that some of her friends, who supported the “It Is Time AU” effort, now were posting the president’s response and speech on their Facebook pages and adding positive comments.

“It was a great day for Andrews University,” the student said.

In addition, senior student Jon-Philippe Ruhumuliza said he felt confident that learning to embrace our differences through Spirit-guided reconciliation releases God’s power to act at the school. The Religion and History major also noted the transcendence of the moment.

“The historical significance of the past few days cannot be overstated,” said Ruhumuliza. “I believe the choices that are being made at Andrews University have the potential of impacting not just the Seventh-day Adventist Church but the entire nation.”

A Work in Progress

While the milestone week at Andrews University culminated in a meaningful moment of reconciliation, the process is an ongoing one.

“We must continue the work of addressing racial issues,” said Don Livesay, who serves as president of the Lake Union Conference of Seventh-day Adventists as well as vice-chair of Andrews University Board of Trustees. “As we do, it is my hope that all parties would engage in the process in the most productive manner.”

And as students, faculty and staff regroup to focus on creating a brighter future on the university campus, Andrea Luxton is the first to admit that there indeed is a road ahead.

“This is an ongoing journey toward reconciliation,” Luxton concluded. “In the end, however, I am confident and pray that we will emerge from this current situation, a stronger, richer and better University.”