Rather than travel to South America on the usual mission trip to build housing, an Adventist professor tasked his class with constructing one of the world’s smallest homes.

The result — a fully-functional and livable miniature house measuring a mere 148 square feet (13 square meters) on an 18-foor (5.5-meter) flatbed trailer — provides a model that the Andrews University students plan to replicate and build for underprivileged people in the community.

“We launched it not really knowing how it was going to turn out, but the students really liked it … and it was eye-opening for them,” said Carey Carscallen, dean of the School of Architecture, Art & Design, who built the house with the five graduate students of his Design/Build class.

Traditionally, the construction class takes an annual trip to Bolivia to build for people there, but Carscallen wanted a project that all of his students could participate in during an entire school year.

“It’s harder in Michigan,” he explained, because of the winters. “And how do you go out on a job site every day when you have a full day of classes? With this, we could work on it in the warehouse year round, and the weather wouldn’t affect it.”

He pitched the idea, and received a grant from the university’s Physics Enterprises to build two miniature houses with his class. One of those houses — nicknamed “The Shed” — remained in the warehouse unfinished at the end of the semester, but the other — “Bay View” — was completed and beautiful in time for graduation.

The key to building a tiny house is planning and research, Carscallen said. The students had free rein on the project, proposing different designs and making most building decisions themselves. They had to learn all of the skills that one would for a regular house, including wall construction, siding, paneling, insulation, plumbing and wiring, all while working to use space efficiently and ingeniously.

The result is a structure with large windows and a sloping roof that resembles a strange hybrid of truck, motor home, and shed. But the space manages to feel airy and filled with light, not cramped or claustrophobic. The “main floor” features a table for two; a kitchen area with a full sink, 10-cubic-foot (0.28-cubic-meter) refrigerator, small stove top, and ample counter space; a hollow staircase with built-in storage cubbyholes; and a full-sized bathroom with a flush toilet, pedestal sink and shower.

Above are two lofts — one that holds a queen bed, and one that can serve as a lounge area, second bedroom, or storage space. Much like a traditional mobile home, it only requires simple electric and sewage hookups, as well as propane for the water heater. While not as easily transported as an RV — it weighs more than 8,000 pounds (3,630 kilograms) — the house can be pulled by a truck and moved from place to place, making it ideal for long vacations or cross-country moves.

The project, which has ts own website, theshedtinyhouse.com, was such a success that Carscallen has decided to repeat it in future years, which is why they’re selling the “Bay View” house for $30,000. They hope to turn enough profit to provide tiny homes to underprivileged residents of nearby Benton Harbor at little or no cost. One student suggested building a small cluster of tiny homes as affordable alternative student housing on campus.

While living in a house this small takes adjustment, Carscallen said those who take part in the “tiny house movement” see this lifestyle as its own reward. Living in such a small space combats materialism, he said.

“If you accumulate and accumulate stuff … you need a bigger house to store it in, then you fill that. It’s a vicious cycle,” he said.

Furthermore, tiny houses are immensely affordable and sustainable. Instead of going deeply into mortgage debt and spending long hours on house upkeep, tiny house owners can focus on different interests.

“Especially if you’re interested in missions, in doing things beyond yourself, it saves you from being a slave to the bank,” he said.

View a time-lapse video of the six- to seven-month construction process of the miniature house.

Article
How the Church Began
The four crucial steps Jesus took.
Feature
Obedience and Duty
Are they still relevant today?
News
In Romania, ADRA Builds Hundreds of Houses for Working Families in Need 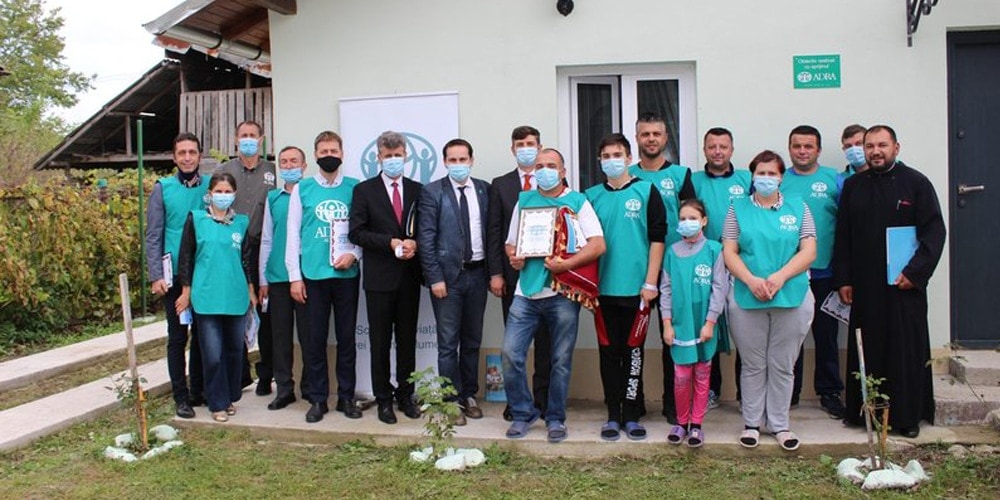