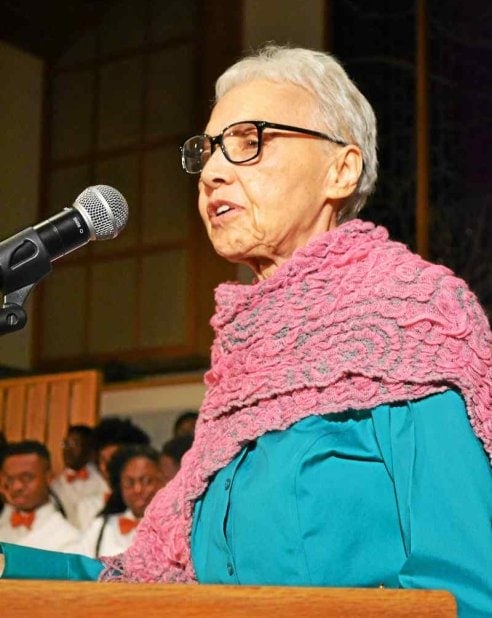 © The Mercury. Reprinted with permission

By Evan Brandt, The Mercury, in Pottstown, Pennsylvania

When Henry J. Fordham III was growing up in Philadelphia, he spent his summers at Pine Forge Academy, where his grandfather was the groundskeeper.

“I lived on campus in the summers, I played in the woods and swam in the stream. I knew this was a special place we had,” said Fordham, now chairman of the board at Pine Forge Academy and president of the Allegheny East Conference of Seventh-day Adventists, which owns and operates the school.

Like so many involved with the school’s 70th anniversary this year, Fordham has deep family roots at the academy, and like the founders of the school, he knew a special place when he saw one.

“I was being affected by the negativity of city life and the environment here was less hostile,” said Fordham. “This place is like a city of refuge. I truly believe that Pine Forge Academy saved my life.”

As a location for an all-black school in the north was being scouted in 1945, “phrases like ‘rolling hills,’ ‘running streams’ and ‘sun-kissed countryside’ were passed from lip to lip,” wrote Charles D. Brooks in an undated history of the academy provided to The Mercury by the school.

Nestled into a bucolic valley along Manatawny Creek, the school is located on the historic grounds where the United States’ first ironmaster and one of its earliest abolitionists, Thomas Rutter, set up shop in partnership with the father of John Potts, founder of the nearby town of Pottstown, Pennsylvania.

Rutter’s mansion house still stands at a bend in Pine Forge Road and has served as everything from its original purpose, to a stop on the Underground Railroad, to the school’s first girls dorm and is now the home of the Pine Forge Historical Society, which is attempting to restore the old stone home.

Many of the historic buildings have been re-made into dorms or serve other school functions, but the site is more than just the academy. It also serves as a summer retreat for the Seventh-day Adventists and the Jessie R. Wagner Adventist School for younger students.

And when 575 acres (233 hectares) with roughly 20 buildings on it was purchased in 1945 for $41,000, church elder J.H. Wagner “with his radiant smile and winning way met with community groups” in the region to allay the opposition that arose, Brooks wrote.

He was not alone.

“Influential friends of the area, such as Mr. Shandy Hill, managing editor of The Pottstown Mercury, put the weight of their support behind the president and his staff,” wrote Brooks. “Favorable editorials appeared in the daily newspaper generating light and absorbing heat.”

“We Were Such a Happy Group”

Marguerite Dixon was among the six students who were the school’s first graduates, as well as the valedictorian, and she still remembers what it was like in those early days.

“They were still renovating the buildings for us to live in and the women’s dorm was in the manor house, but we were just such a happy group,” Dixon, now 86, told The Mercury.

“We were 16 teenagers away from home for the first time, it was new and we were very excited, our parents were excited,” she said.

“This school came into being at a time that was pre-civil rights,” said Fordham, who attended the academy in the late 1950s. “Not all schools were open to us.”

Walking through the halls on a tour of the classroom wing, Michael Jones, a member of the class of 1963 and recently retired English and French teacher, paused and touched a reporter’s arm.

“You have to understand what it was like back then,” he said quietly. “This was 1940s America, for black people to have something of our own, something that was truly ours, I hope you can understand how much that meant to us.”

It may well explain the extraordinary loyalty the school seems to engender.

The Samson family has a total of 31 family members with connections to the school.

One third of the staff are, like Jones, former students.

“We’ve taught students whose children are now our students,” said Kris Fielder, who is the academy’s assistant principal and has been at the academy for 30 years.

All four of the Michigan native’s children — three sons and a daughter — attended Pine Forge.

“My oldest was five when we came here,” he said, having been convinced to come east by the school’s principal, who Fielder had met while working as a counselor at a junior camp in Cassopolis, about 100 miles (160 kilometers) east of Chicago.

“It’s so peaceful here. It allows us to focus on trying to develop the whole student,” said Fielder, who said discipline and resulting self-discipline are watchwords at the school.

Dixon’s granddaughter Taylor Roper is a senior at the academy and has every intention of following in her grandmother’s footsteps as valedictorian.

Dixon went on to become the first black woman to be accepted into the University of Illinois School of Nursing and to earn a Ph.D. there.

Known as a “pioneer” at the school, she is among a closely knit group of alumni who return regularly to the school to speak.

She credited Gloria Boyd Davis, who was in the third class to graduate, with keeping all the pioneers in touch.

They are also a group now being interviewed by Clifford Fields, editor of the school’s electronic newspaper Sparks, and some of his reporters.

“We’ve been interviewing the graduates from the first five classes for a whole year of special issues,” said Fields.

“We want the students today to know that this school was a lot of work, when it started. The students had to cook their own meals and sometimes they ate out in the rain,” he said.

A Mantra of Leadership

Even under those circumstances, those students, like Dixon, achieved.

Graduates have been successful in “just about every field” — from education, to medicine, to technology, to religion, where graduate Barry Black is chaplain to the U.S. Senate; to the arts and actor Clifton Davis, who has performed on Broadway and now has a recurring role on TV’s “Madam Secretary” — said Cynthia Poole.

“Our mantra has always been leadership,” said Poole of the school whose motto is “excellence is no accident,” an axiom supported by the fact that last year, 100 percent of the academy’s graduates when on to institutions of higher learning.

“We’ve always known that nothing will be given to us,” she said. “We have to make it happen.”

Fields already has ideas about how he’s going to make it happen.

“I am going to attend Oakwood and major in computer science and then apply to law school, hopeful a top seven school and then after three years, I’ll run for public office,” he said matter-of-factly. Adventist-owned Oakwood University is located in Huntsville, Alabama.

While academic excellence and discipline are traditions at Pine Forge, so too is spirituality.

Nicole Hughes is from a Jamaican family, attended Columbia University, and ran a charter school in Trenton, New Jersey, when she felt “disturbed in spirit.”

Out of the blue, a friend called to interrupt her prayer to ask if she would consider taking a job at Pine Forge Academy.

“I felt the Lord pressing me to take up this challenge,” said Hughes, who has been principal at the school for 18 months and laughs that as a non-alumni, “I’m probably an anomaly.”

There were once a dozen or so all-black schools, but now Pine Forge is one of only four remaining in the country.

Fordham said one factor is probably the doors opened by the Civil Rights movement, giving black students options that were not open to them in earlier decades.

“But I really think the religious component has a lot to do with us still being here,” Fordham said.

“There is so much secularism in many of the other schools that you kind of lose sight of the fact that there is someone greater than we are, that we can’t make it on our own, and we need someone to take us to the next level,” he said. “We have a strong spiritual foundation that we’ve built, and I believe that’s why our survival rate is what it is.” 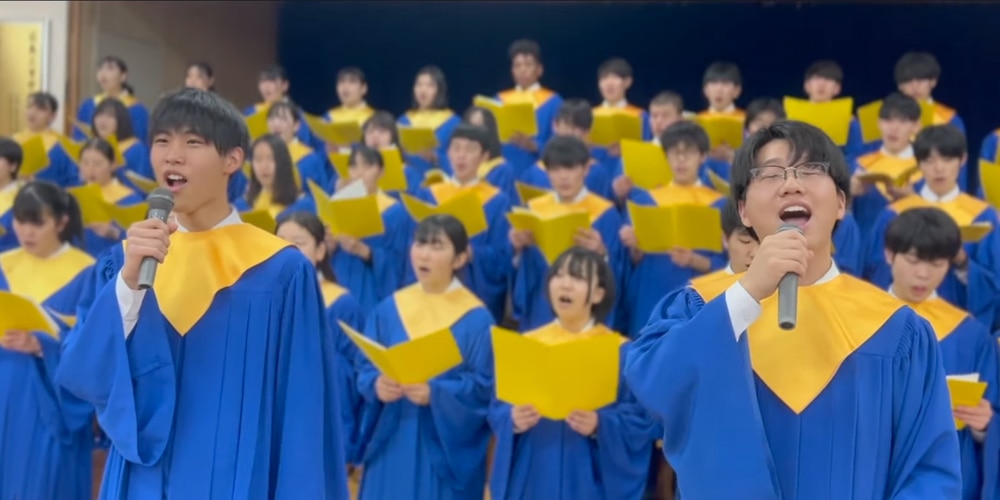