Adventists Under Fire for Sabbath as Religious Freedom Shrinks Worldwide 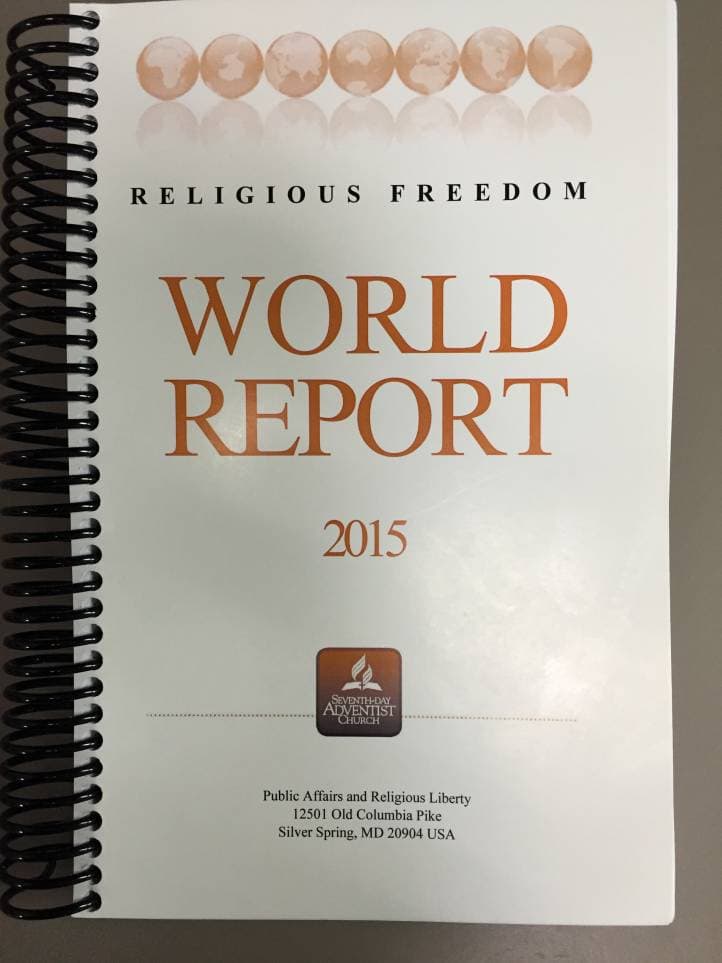 Seventh-day Adventists face challenges observing the Sabbath in nearly every corner of the Earth as religious freedoms grow increasingly restrictive and less stable worldwide, according to a new Adventist Church study.

The 2015 Religious Freedom World Report uses the church’s vantage point as a religious minority in many countries to assess how far and effectively governments are protecting religious freedom around the globe, the Seventh-day Adventist Church’s public affairs and religious liberty department said Monday as it released the country-by-country report of 223 countries and territories.

The report documents Sabbath-keeping difficulties experienced by Adventist students or employees in most world regions and in countries as diverse as Bangladesh, Belarus, Nicaragua, Sri Lanka, Romania, Russia, Uganda, and Zimbabwe.

Adventists and other people of faith live under particularly onerous conditions in many Central Asian countries and in places with the presence of strong religious fundamentalism, whether Hindu, Buddhist, or Islamic, the report says.

“Today, millions of people are suffering in many parts of the world,” Ganoune Diop, director of the church’s public affairs and religious liberty department, said in an introduction to the report. “These are men and women who deliberately choose to remain loyal to their beliefs rather than compromise their conscience.”

Diop said the report, the ninth produced by the church since 1999, reveals international trends that are far from encouraging.

Recent data collected by the Adventist Church — as well as by other watchdog agencies — point to a global religious freedom landscape with more restrictions and less stability. Even more sobering, Diop said, is a rapidly growing threat by so-called non-state actors such as terror organizations and militia groups in many regions.

The World Report is unique in that it brings a distinctly Adventist perspective to reporting on religious freedom issues. Each country’s entry includes a political and social overview, a survey of relevant law, an analysis of religious freedom protection in practice, and a summary of the Adventist Church’s recent experience within that jurisdiction.

Diop said the World Report aims to document and highlight ongoing challenges and to affirm the Adventist Church’s long-standing recognition of religious freedom as a foundational human right that undergirds all other freedoms.

In past years, the World Report has been cited in a number of international reports, including those produced by the United Nations Human Rights Commission and the U.S. State Department. This year’s World Report is available online as a PDF at irla.org/world-report-2015.pdf.