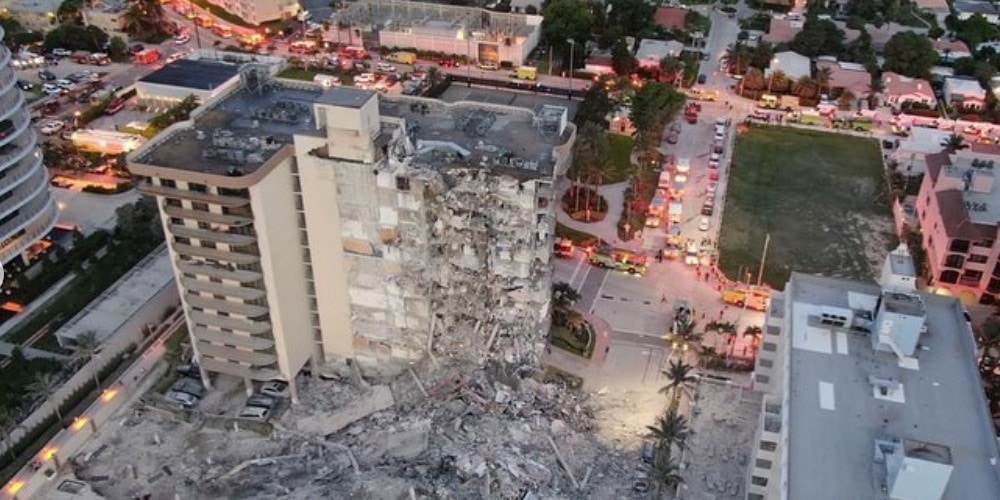 A 13-story condominium tower, Champlain Towers South, located near Miami, Florida, United States, partially collapsed in the early hours of June 24, 2021, morning. Twenty-four people have been confirmed dead, and 121 are still unaccounted for.

The national Adventist Community Services (ACS) organization has been working with the ACS teams of the Southern Union Conference and Florida and Southeastern conferences of the Seventh-day Adventist Church. They are assessing the situation to determine how to best serve the affected community.

Local authorities in the state of Florida have asked ACS to assist with warehouse operations. ACS Disaster Response (ACS DR) leadership from both conferences are working in a coordinated way to form a warehouse management team. They are in discussion on how the recovery efforts will take place. ACS directors Conrad Duncan of Southeastern Conference and Robert Moore of the Florida Conference have identified trained members from their conference who will outfit this team for 24-hour-a-day operation during the first week.

In addition to a state warehouse, ACS has set up distribution sites for community members. The American Red Cross has also asked ACS to assist with emotional and spiritual care providers for families affected by this event. Since Florida has been the site of several challenging situations in recent times, ACS already has credentialed providers available.

ACS personnel from the Southeastern and Florida conferences assembled early on July 1, 2021, at the Feeding South Florida Warehouse in Pembroke Park, about 15 minutes’ drive from the disaster site. This area of the city is shut down, currently allowing only designated response personnel and residents within a 15-block radius of the site. Police are ensuring these restrictions are enforced through verification of credentials.

Duncan and Moore outlined the plan of operations for the team. Each person was designated with a particular role, and then a tour of the facility was given to the entire team.

In addition to collecting the donated goods that come in, ACS has identified various distribution sites, including some local Seventh-day Adventist churches. ACS will utilize volunteers to operate at these sites to provide goods directly to families affected. In addition, the team traveled to the disaster site and met with Serve Florida at their Command Center. They discussed the kinds of support ACS would consider helpful, including travel cost coverage for ACS volunteers, increased messaging to the public for requesting donations, and transportation support for the warehouse to deliver goods to those affected.

W. Derrick Lea, ACS director for the North American Division, has been onsite meeting with ACS team members at the warehouse to put the operational plan in place, set schedules of those assigned, and collaborate with authorities responsible for overall response in the community. “The days will be long, but we trust that many will be helped through our efforts and that those who observe us will see Christ working through us,” Lea said.

The original version of this story was posted on the Adventist Community Services site.