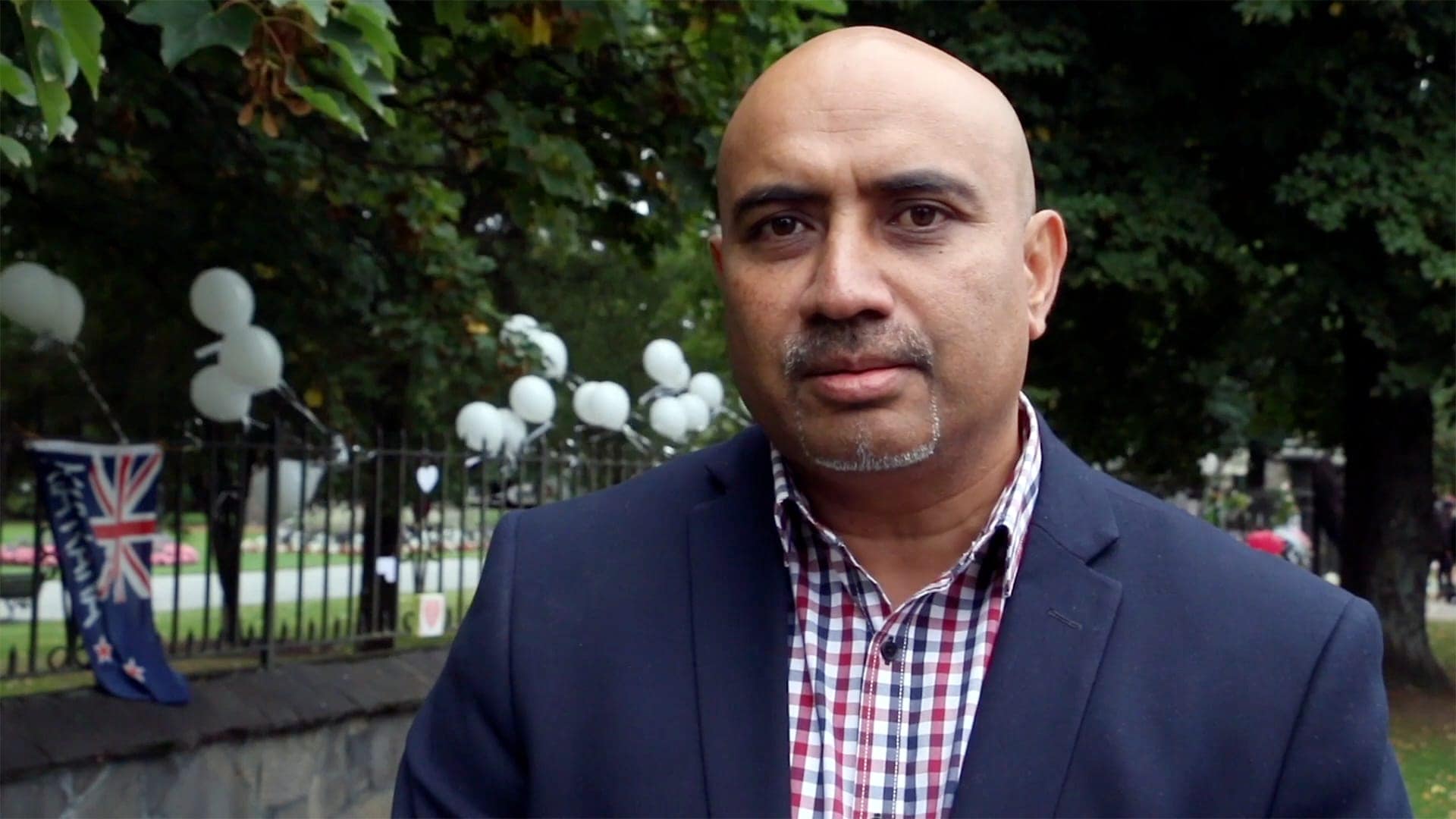 Seventh-day Adventist churches and members from around New Zealand have reached out to offer comfort to the country’s Muslim community in the wake of the Christchurch, New Zealand, mosque shootings that left 50 dead and many others wounded on March 15, 2019.

The city, which has suffered the shock of recent devastating earthquakes, is now reeling from what people are calling an “unnatural disaster” — an unprecedented attack on a faith community at worship in New Zealand.

In response, church leaders have shared statements of support, while church members in Christchurch have been reaching out in their local community. On Sunday, March 17, around 100 Christchurch Adventists and pastors visited designated sites to pay tribute and left flowers at Christchurch Hospital, where many of those injured are still being treated. Youth pastor Sarah-Jane Riley organized a gift of 50 white balloons to be left at the site. Church members sang hymns as many members of the public joined in. Prayer was also offered.

“I am thankful to Mike Sikuri, president of the South New Zealand Conference, and all his team at the conference office, [and] the Christchurch school, the churches and pastors for stepping up and being the church in this hour of need,” said Eddie Tupai, head of the Seventh-day Adventist Church in New Zealand.

Global Youth Day events that were planned for Saturday (Sabbath), the day after the shootings, were canceled as New Zealand’s security risk level was moved from low to high. Church services went ahead as usual. Churches were asked to focus on prayer and support of the Muslim community, particularly leaders and members of the Al Noor and the Linwood Avenue mosques. During the crisis, Christchurch Adventist School was locked down, and prayer and support have been offered to students and staff.

Tupai and New Zealand Pacific Union secretary-treasurer Graeme Drinkall planned to deliver an official letter from the Seventh-day Adventist Church to the Muslim Federation of New Zealand on March 18, along with flowers and a donation.

Tupai and Ben Timothy, leader of the Adventist Church for North New Zealand, planned to travel to Wellington to take part in a joint statement of support from national church denominational leaders.

All of Christchurch’s Adventist pastors were to meet with Sikuri and the conference team to coordinate the Adventist Church’s next steps.

In consultation with the Adventist Development and Relief Agency (ADRA), Sikuri planned to attend the official response briefing to offer the Adventist Church’s and ADRA New Zealand’s support.

On Thursday, March 21, leaders of the Adventist Church in New Zealand planned to visit the two mosques.

Among the countless messages of support posted on Friday was a message from South Pacific Division president Glenn Townend:

“The whole of the South Pacific [region] is saddened to hear of the unnecessary loss of life in Christchurch, New Zealand, today with the shootings in two mosques. Religious freedom is valued by all Seventh-day Adventists, and to have one’s life cut short while worshipping is almost unimaginable. I ask all Seventh-day Adventists to pray for the victims and their families and stand in solidarity for the freedom to worship when, how, and who you choose.”

On behalf of the Seventh-day Adventist Church worldwide, president Ted Wilson also posted an official statement of condolence and sympathy for the “tragic event that took place at a house of worship in Christchurch.”

Many churches throughout Australia and across the South Pacific remembered Christchurch during their Sabbath services and held special prayers for the victims and the wider community.

This story was originally posted on the Adventist Record news site.