Adventists Get Voice in Romania’s Schools 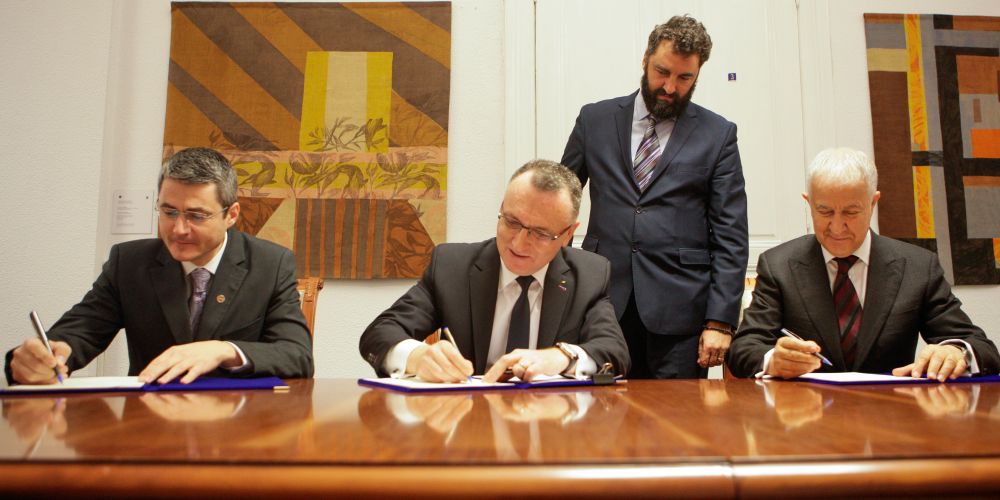 The Seventh-day Adventist Church has signed a landmark protocol with Romania’s government that gives it a voice in the country’s education system for the first time.

Marius Munteanu, representing the Adventist Church in Romania, signed the protocol on educational collaboration with Education Minister Sorin Mihai Cîmpeanu and Victor Opaschi, the state secretary for religious affairs, at a ceremony in the East European country’s capital, Bucharest.

The protocol allows the church to take part in future discussions regarding religious education and to place church representatives on teams of Education Ministry inspectors who visit Adventist-run schools to ensure the quality of their education.

But local Adventist leaders are especially excited about the fact that the protocol can be amended, opening the door to the possibility of an end to a traditional practice against Adventist students in which the Education Ministry organizes academic extracurricular activities on Saturdays.

“We see this protocol as a new stage in institutional collaboration but also as a tool that can be improved by adding provisions that would respect the religious practices of the Seventh-day Adventist Church and the religious liberty of its students in regard to school … [academic] competitions that take place on Saturdays,” Munteanu said in a statement released by the Inter-European Division.

Munteanu signed the protocol in November while serving as president of the Adventist Church in Romania. He since has been replaced by Ștefan Tomoiagă.

By organizing extracurricular activities on Saturdays, the Education Ministry limits the opportunities of Adventist students, local church leaders said. For example, students who participate in national academic contests, which are all scheduled on Saturdays, don’t have to take university entrance exams.

The Adventist Church began to develop a network of schools in Romania as the country broke away from the Soviet bloc in 1989. Today, the church has an Adventist Theological Institute, a school of nursing, three theological and two regular high schools, more than 50 kindergartens, and several grade schools in the country.

The Adventist schools are gaining national recognition, according to the Inter-European Division statement. The percentage of its high school students who pass final exams is double compared to the national average.

About 67,000 Adventists live in Romania, which has a population of 21 million.