Adventists Express Love for People of Pakistan After Deadly Attack 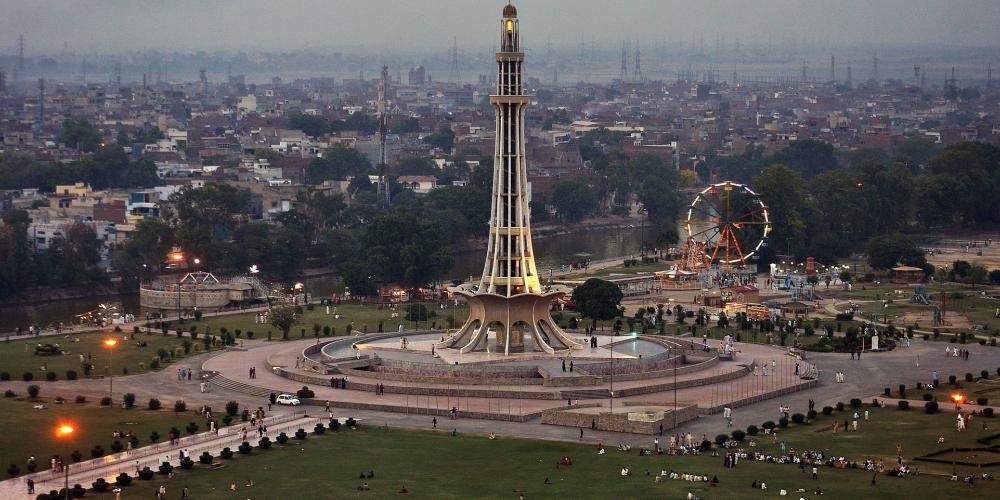 Seventh-day Adventist believers expressed shock — and love — after a suicide bombing in a large park in Lahore, Pakistan, killed more than 70 people on a day that much of the Christian world was celebrating Easter Sunday.

“We extend our heartfelt sympathy and love to the precious people of Pakistan and the major city of Lahore for the tragedy that has taken place in the horrible bombing of one of its parks,” Ted N.C. Wilson, president of the Adventist world church, said Monday on his Facebook page. “The resulting death and destruction is abhorrent.”

A Taliban splinter group has claimed responsibility for the early evening attack, which injured at least 300 people, and said it had targeted Christians attending Easter festivities at the park. Authorities, who were investigating the claim, said most of the dead were Muslims.

“It is spring now in Lahore, and it would have been natural for Christian families to gather in a park with their children to worship and celebrate Easter, and then to enjoy a meal together,” said George Johnson, a longtime missionary in Pakistan and former president of the church’s Pakistan Union Mission based in Lahore, Pakistan’s second-largest city. “Christians are not generally well-to-do in Pakistan, and after the chill of winter — temperatures often go down to freezing and there is no central heating in homes — the spring sunshine would have felt wonderful.”

Christians account for only 1.6 percent of the population of 191 million in Muslim-majority Pakistan. The Adventist Church has about 9,300 members worshipping in 230 congregations in the country, according to the latest figures from the church’s Office of Archives, Statistics, and Research.

Christians generally have been spared sectarian violence until recent years, but a number of Christian churches have been targeted by terrorists or local Muslim neighbors in recent years. Sunday’s attack was the second-deadliest after a twin suicide bombing killed about 80 people in a Peshawar church in 2013.

“Going to church in Pakistan on Saturday or Sunday, one finds the church is guarded by armed police or guards,” Johnson told the Adventist Review. “Our own Adventist members have been wounded by gunfire and violence in or near their churches and homes. Entire Adventist communities have been damaged or destroyed by fire and violence. This is a sign of the crescendo of conflict leading up the conclusion of the great conflict prior to Christ's return.”

Other Adventists, writing on Facebook, said their hearts and prayers were going out to Pakistan.

“Thinking and praying for my friends in Pakistan, those I know and those I don’t. Christian and Muslim. We are all children of God,” said Jennifer McGhee, a former missionary child who spent seven years of her childhood there and speaks Urdu. “My heart hurts so much for the people affected by this horrible tragedy.”

“Grieving with Pakistan,” said Janine Lim, who has faint memories of visiting the Lahore park during the six years that her missionary parents worked at the Adventist seminary about 40 miles (65 kilometers) from the city in the 1980s. “My heart goes out to you. My prayers are with you.”

In a subsequent conversation with the Adventist Review, Lim recalled her family taking day trips of shopping in Lahore and visiting the local Shazan Bakery with its “yummy sweet treats.”

“Funny how we feel more connected to tragedy in places we’ve been or where we know and love someone,” said Lim, currently associate dean for online higher education at Andrews University in Berrien Springs, Michigan. “I think our hearts can only take so much.”

Wilson said he also had prayed for the people of Pakistan and the families of those affected by the tragedy.

“May the Comforter come especially close to those who have been wounded and those who have lost loved ones,” he said. “May the Holy Spirit encourage our church members in Pakistan and all of us everywhere around this globe as we lovingly share through Total Member Involvement the good news of Christ’s Second Coming, the blessed hope that will bring eternal life.”

Total Member Involvement is an initiative that encourages each of the Adventist Church’s nearly 19 million members worldwide to find ways to actively share the gospel in their communities.

“How we long for the eternal era of the new earth when death and destruction will be no more,” Wilson said. “Eternity with the Lord will be the culmination of His death on the cross, His resurrection, His high priestly ministry right now on our behalf in the most holy place of the heavenly sanctuary and His soon return. Even so, come, Lord Jesus!”