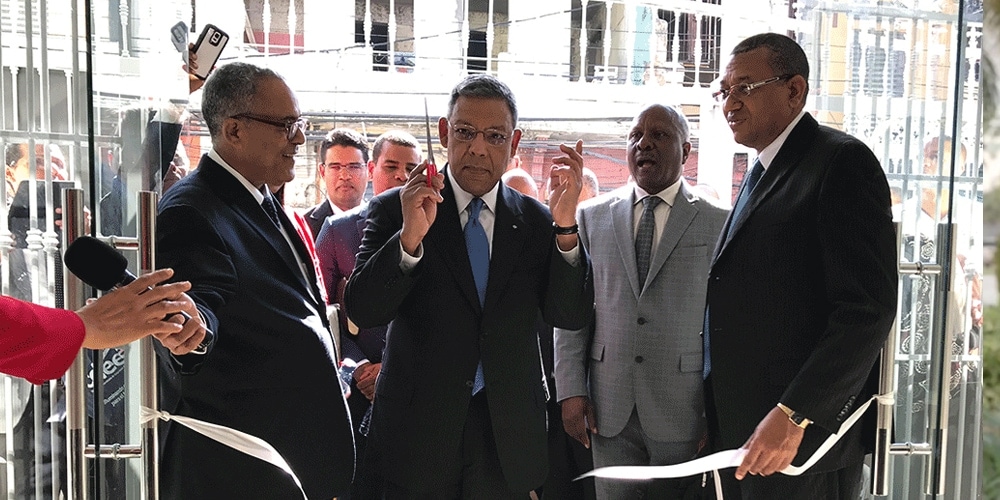 Seventh-day Adventists in the Dominican Republic recently celebrated the 100th anniversary of the church. Church leaders and members alike celebrated the exponential growth since the Adventist message began on the island.

“Our faith in the blessed hope of the soon coming of the Lord is the flame that should sustain us in the fulfillment of the evangelistic mission,”

Acevedo, along with Adventist world church treasurer Juan Prestol, cut the ribbon to the newly renovated Mella Adventist Church, which was built in 1917 and the first Adventist church on the island. Prestol was born in the Dominican Republic.

“Our faith in the blessed hope of the soon coming of the Lord is the flame that should sustain us in the fulfillment of the evangelistic mission,” said Prestol. “Today more than ever, we should share that message… a message that continues to be the same: Jesus is coming soon!”

Church leaders also inaugurated a new church that day in the East Dominican Conference region, bringing the total number of newly built churches in 2017 to 47.

“Our church members are aggressively sharing the gospel in their communities and are also faithfully contributing to the construction of temples (local churches) across the island,” said Acevedo.

Also inaugurated was a new Adventist school in Miches, in the eastern part of the island, bringing to 60 the number of primary and secondary schools operated by the church on the island.

It’s about celebrating the Adventist message in schools, which has been a real outreach to grow the church, said Alejandra Casillas, education director of the church in the Dominican Republic. About 65 percent of students attending the school system are not members of the Seventh-day Adventist Church, explained Casillas. However, the evangelism outreach across the schools are changing that percentage, as more families are deciding to join the church.

“During the last three years alone, 1,250 students and parents have been baptized, which shows an average of 416 have joined each of those years” reported Casillas.

The gospel has also expanded significantly through the radio ministry on the island. The Adventist station called Radio Amanecer has been proclaiming the message of hope and salvation for the past 35 years. The station covers 90 percent of the country through its 23 repeaters on the island.

“Radio Amanecer has turned into a tool that promotes the unity of the Seventh-day Adventist Church, its growth and its interest in benefitting the community, promoting education and through its social work,” said the station general manager Miqueas Fortunato. “It is something that has turned the radio into the most powerful evangelism media to bring people into the church through baptism,” he added.

According to Fortunato, Radio Amanecer is the only station with the most coverage on the island.

The church through its Adventist Hospital and Medical Center “Vista del Jardin” in Santo Domingo has connected with the community with health care services since it was opened in 2007. The Adventist operated 51-bed hospital facility has been offering outpatient and inpatient care, as well as offering health expo and brigades to needy communities in the capital city.

The Adventist Church also operates the longstanding Dominican Adventist University, which offers undergraduate and graduate programs and is accredited by the Adventist Accrediting Association.

There are more than 334,000 Seventh-day Adventists worshiping in 1,338 churches and congregations in the Dominican Republic.

Bernardo Medina contributed to this report.