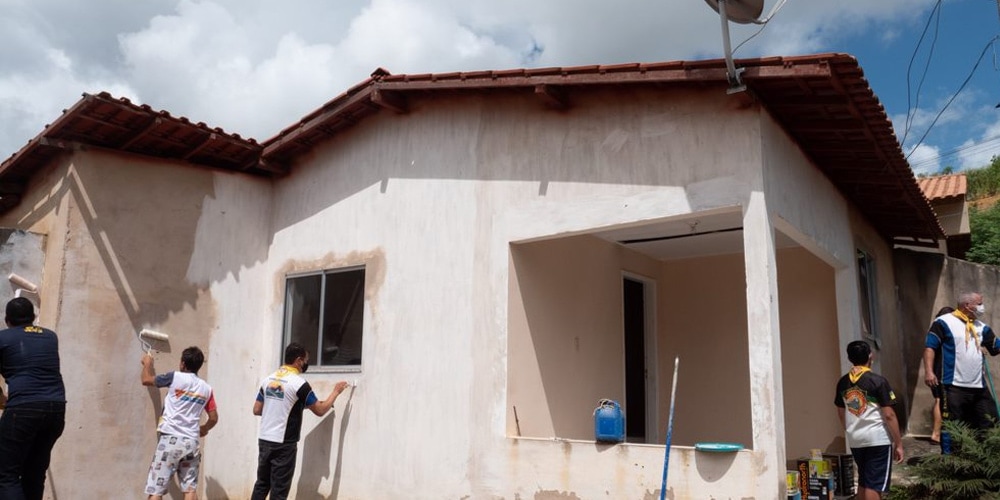 Young Seventh-day Adventist volunteers from the state of Espírito Santo in Brazil are painting and renovating homes to serve several families in need across the region. The initiative, promoted by a group of primarily young adults attending Adventist congregations in the area, is part of the Caleb Mission Project.

Renovation work began in January 2022 and is expected to last two months, people behind the initiative said.

The first house is located in Jardim Limoeira, in the Serra area. The building houses a family of nine people and some pets. At the site, participants had to temporarily relocate the family and demolish the residence. About 130 volunteers are involved directly or indirectly in this activity. Donations are coming from other church members who belong to five Adventist congregations located in Victoria and Serra. The team expects to bring the family to their renovated residence by March, leaders said.

“We are not just renovating a house: we are giving dignity back to a family,” Patrick Duarte, pastor and organizer of the initiative, said.

In Maria Ortiz, the team is planning to make additions to a house. First, they will add a service area to the old building to enlarge its square footage. Because of the limited space, the family of eight—a father, a mother, and six children—have been washing their clothes in the bathroom. The project includes rebuilding the main entrance to the house, underpinning the walls, performing major maintenance, and, finally, finishing the tiling work in the new service area.

Gabriel Alves, one of the Maria Ortiz house project leaders, said that the Seventh-day Adventist church in Goiabeiras has been aware of the family’s situation for some time, leading the volunteers to choose that project as part of the initiative.

“The family has joyfully welcomed the initiative,” Alves said. “We have also felt fulfilled and motivated to spread this tide of good deeds,” he added.

In Cachoeira da Onça, members of the Caleb teams decided to renovate the home of an elderly church member in a local congregation. The crew cleaned the yard and is now painting the whole house, with support from members of a local Pathfinder club.

About the Caleb Mission Project

The Caleb Mission Project is a volunteer program focused on social outreach and witnessing that challenges Adventist young people to dedicate their vacations to service and evangelistic activities, especially in places with no Adventist presence. The program aims to mobilize thousands of young people throughout the South American Division.

According to organizers, the initiative helps young people experience true commitment to God, their church, and the community.