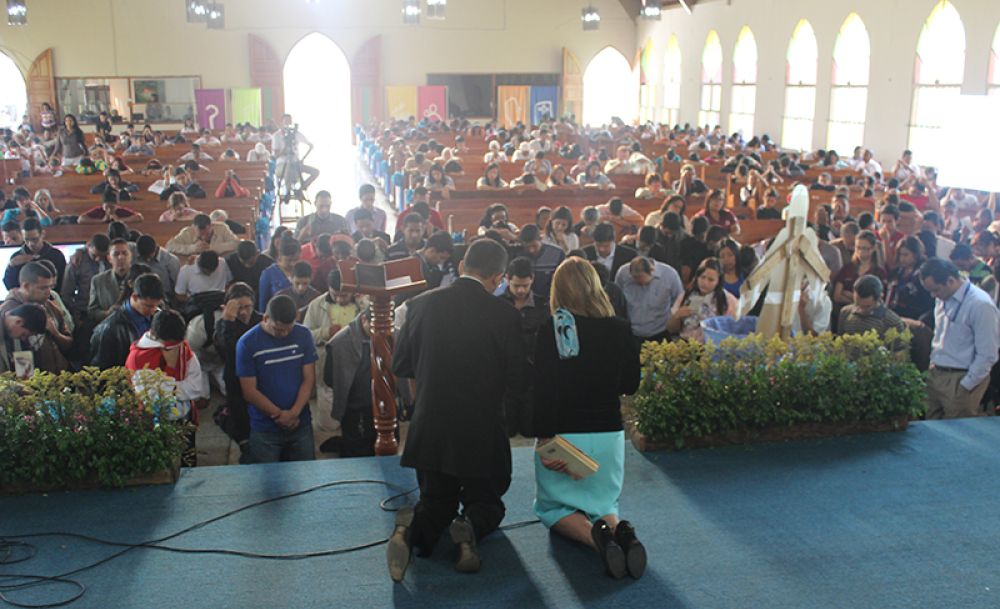 Hundreds of people at a Seventh-day Adventist university in Venezuela have participated in a historic prayer marathon that lasted 186 hours during a week of spiritual emphasis.

Leaders at Venezuela Adventist University (Instituto Universitario Adventista de Venezuela) had wanted to organize something different for this year’s week of prayer. So instead of holding a prayer marathon for the first 24 hours of the week like they have done for the past three years, they along with theology students organized a prayer marathon that lasted nearly eight full days on campus in Nirgua, Venezuela.

“We cannot call this week a ‘week of prayer’ if prayer is not a priority,” said Mauro Leon, a fifth-year theology student, who was among the organizers of the event. “Prayer is a personal need, but it is more powerful when is collective.”

Students, children, teachers, staff and university leaders prayed daily for the economic situation in Venezuela, the university and its projects, and the three local unions of the Adventist Church’s Inter-American Division. In addition, they prayed for the spiritual revival and transformation of church members and raised up prayer requests made on campus and through the Internet.

The theme for the May 13-21 week of spiritual emphasis, “Lord Transform Me,” was taken from the Inter-American Division’s evangelism initiative of the same name. The initiative seeks to involve all church members in the mission of the church to bring about spiritual transformation.

“We cannot go through a week of constant prayer without something taking place. Something has to happen,” said Royer Rivera, a third-year theology student, who organized a prayer vigil in his home with fellow classmates.

“It was wonderful to see how people who always said it was hard for them to pray spent long moments in prayer and they later shared their answered prayers,” said Gerdimar Vivas, a student studying business.

“The Holy Spirit responds when the people of God pray,” said Daniel Armando Gonzalez, the pastor who was the week of prayer speaker. “The secret of success for the Christian is found in prayer.”

The prayer marathon was a new idea for Gonzalez, and he said other Adventist institutions should follow suit.

“I could see the difference in me,” he said. “I could sense that others were interceding in prayer for me, and that drove me to pray more intently.”