Search-and-rescue operators in Oregon rediscover what it is to be a good neighbor. 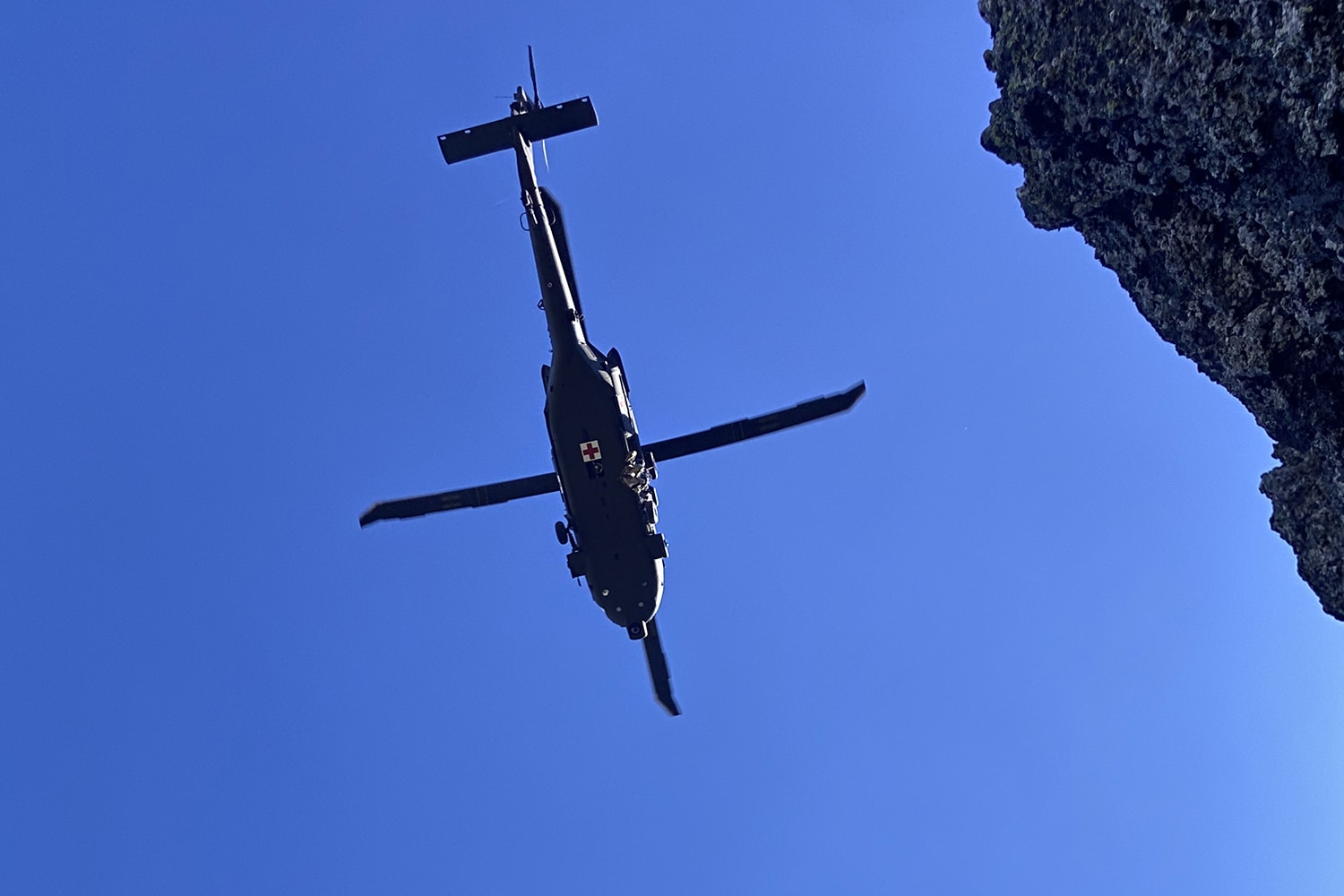 A recent Sunday morning was one of the busiest days of the year at Big Lake Youth Camp in Oregon, United States. As the staff worked to clean up from a week of summer camp and transition Big Lake for family camps, facilities manager Ross von Pohle received a search-and-rescue call.

Over the previous winter, von Pohle and another staff member, Randy Stroud, had been trained and certified in search and rescue, enabling them to receive calls for emergency situations in the surrounding area.

Not a climber himself, von Pohle referred the call to camp director Les Zollbrecht. “We had a huge list of things to do that day; there was so much to do,” Zollbrecht said. “But it’s not more important than someone’s life that’s stranded up there on the mountain.”

Zollbrecht said he couldn’t, in good conscience, send someone else. “I have been a member of a vertical rescue team,” he said. “I know that mountain better than anyone on my staff. So, the idea, then, was ‘What does it mean to be a neighbor?’ ” With the local sheriff’s approval, Zollbrecht and Kasondra Reel, an emergency room nurse who worked in Big Lake’s offsite rock-climbing program, set out on the hike for Mt. Washington, several miles away.

“The person was a 17-year-old man. Our first pin that we had showed that he was on the west ridge of Mt. Washington. Our plan was to hike up and be present with him until search and rescue arrived — but we knew we would get there hours ahead of anybody coming in unless they sent a helicopter,” Zollbrecht said.

“We started hiking, and we came to this turn where you need to go up the standard north ridge of Mt. Washington or continue up to the west ridge, which is where initially he was reported to be.

“At that point we got an update from the sheriff saying, ‘He’s actually on the east face.’ Now the east face of Washington is a couple thousand vertical feet. It’s a massive wall. In 2016 one of our staff members died there. It’s a very, very dangerous place — just crumbly, rotten rock. It’s just horrible. So, when the pin said that he was over there on the east face, I thought, ‘There’s a very low probability that we’re going to be able to get to him or do anything substantive, but if we can at least get to him, maybe a helicopter can come to get him.’

“As we hiked, a Life Flight helicopter landed a couple mountain rescue team members down below us in the meadow,” Zollbrecht said. “But they were so far below us that we were still an hour and a half ahead of them. So we realized we were going to be the first onsite.”

As they came to the final chute on the east face, Zollbrecht and the team called out the young man’s name and finally heard a response. The young man said he was still there and stable, and the team scrambled up the difficult terrain to get to him. “We climbed to the very edge of what we could get to and looked over into this little gully. And there he was, lying on his belly, holding onto the sand underneath him, just shaking,” Zollbrecht said. “He was in very bad condition. He was on a ramp that was actively moving and sliding right toward the edge of this 2,000-foot [600-meter] cliff.”

The Big Lake team received a call from the sheriff around this time, who said that the National Guard was sending a Black Hawk helicopter to help with the rescue efforts. “Kasondra and I were on this little ramp maybe twenty feet away. We could look down and see him there, clinging to the nothingness of rotten scree — loose sand and rock.

“The helicopter came in. A Black Hawk is loud and puts out a lot of movement, so as the repelling team member came down out of the helicopter to where we were, rocks started crumbling off this mountain and pelting us all. I became very, very concerned that it was going to literally blow him right off the mountain. All it would have taken is a little movement and he’d be gone. So it came down to us,” Zollbrecht said.

“They tried to get the rappeler over to him, but they couldn’t get to him for whatever reason, so they hoisted him back to the helicopter. I thought, ‘We’ve got to get to him because he's sliding off.’ We knew we could lose him so quickly. So, we set up an anchor.

“Kasondra belayed as I went up and over and down into the little gully and grab onto the back of his harness. According to his story, his feet were two feet [60 centimeters] from going over the edge. I pulled him up, clipped into him, then grabbed his whole harness and finally got him into a rope system where he wasn’t going to slide. For the next 20 minutes or so, I battled to drag him up the gully and away from the great abyss.”

When they finally got him into a secure place, the Black Hawk helicopter returned with a mountain rescue professional. They landed him on a rock below, and after about 20 minutes of hiking, he joined the Big Lake team and the young man in completing a patient assessment. The young man was safely lifted into the helicopter and taken to the emergency room.

“This young man wouldn’t have lasted much longer due to his injuries,” Zollbrecht said, “and he could have so easily slidden over the edge.” For him, these dire circumstances brought to mind a tragedy from the past. “It wasn’t lost on me that this was the very same place where our staff member had gone over back in 2016. And while I couldn’t do anything about that, I saw this young man and thought, ‘I can pull you back, though. You’re not going over that edge. We can do something here.’ In that very visceral fight for his life, there was something beautiful.”

According to the young man, he was climbing up the first pitch and a rock broke off, causing him to fall, head back, 40 feet [12 meters] down. “The fact that he miraculously stopped in this slippery little gully is crazy,” Zollbrecht said. And there were other miracles too. The young man had landed on his phone, smashing it. It was on low battery as well, yet he managed to make an emergency call from it for rescue.

Being a Good Neighbor

“I’ve never been at a point so clearly where I realize that I’m physically pulling someone back from certain death with my hands,” Zollbrecht said. “Afterward, Kasondra and I just kind of stopped in the silence and looked at each other. ‘None of that should have happened the way that it did,’ we said. ‘Thank God for the privilege of being able to have the right set of skills and to be in the right place at the right time.’

The original version of this story was posted on the Oregon Conference news site.