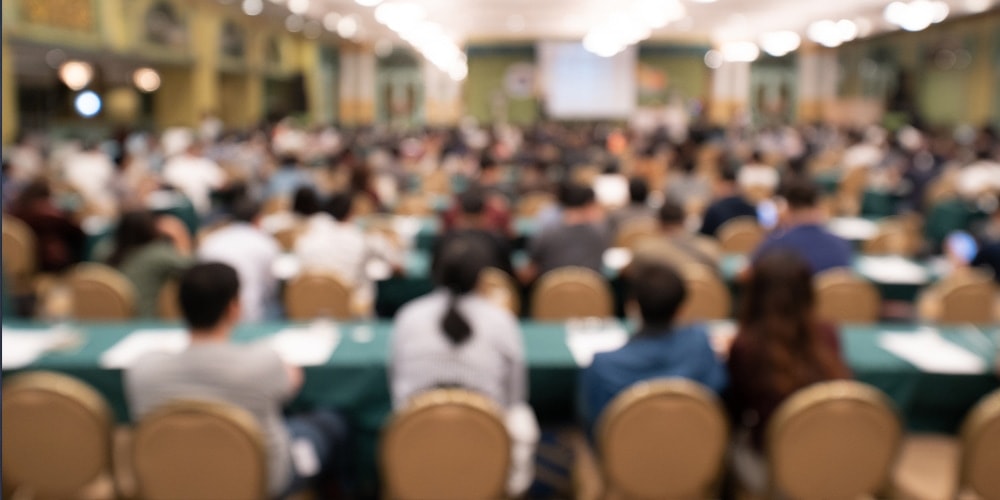 By: Teresa Costello, and Adventist Review

Three Adventist college students from Weimar Institute, a Seventh-day Adventist school in Weimar, California, United States, were among the few undergraduate presenters at ENDO 2019, an event considered the premier endocrinology conference in the world.

ENDO 2019 draws the top experts in the endocrinology field from around the world to learn the latest research about hormones and clinical implications. The three Adventist students — Jonathan Emerson, Rebecca Michel, and Vinicius Seidel — presented studies demonstrating the effect of lifestyle changes on mental and physical health in those with endocrinological disorders and disease. Emerson and Michel presented during the Sunday, March 24 poster presentations, while Seidel presented on Monday.

During the poster presentations, the students had five-minute increments in which to explain their research findings as depicted on a large professional poster display. Evaluators, endocrinologists, and internal medicine specialists moved from display to display to learn more about specific findings. The abstracts upon which the presentations were based will be published later in the Journal of the Endocrine Society.

The students said they are aware of the prestige of this event but are focusing more on the future impact of their research. “The research that Weimar Institute is doing will benefit me greatly in my [future] practice of clinical psychology. I think being able to become as familiar as I can with the research here will also benefit my knowledge base,” Emerson said.

What the Church Has to Offer

Michel and Seidel, both pre-medicine majors, and Emerson are students in the research methods class of Weimar Institute’s research director, Eddie Ramirez. Ramirez has a history of mentoring young researchers.

Last year, three of his students presented at the New England Science Symposium held at Harvard University, as well as other conferences around the nation. A number of his students have presented research at well-regarded scientific gatherings, and many have been involved in the more than 80 published studies overseen or conducted by Ramirez in the past decade.

Ramirez receives requests from around the world to present the research he oversees based on Adventist health principles. He said he sees these opportunities and ones such as ENDO 2019 as evidence of the powerful health insights the Adventist Church has to offer.

“Many times we put limitations [on the reach of this material], but the inclusion of these students shows that with the help of God, good planning and excellence, people are interested, and Adventist young people can have a place in top meetings around the world,” Ramirez said.

Ramirez said he finds it remarkable that findings based on Adventist health principles are gaining attention in the scientific world. He believes this is not merely an opportunity to share academically but a way to offer knowledge with an eternal impact.

Being a student selected to present at academic conferences “shows that it doesn’t matter whether you are an undergraduate student or you are a researcher who has been doing this for fifty years,” Seidel said. “Research is still research, and information is still information. And if you have something valuable and important, then you should share it, and people are going to want to hear it.”

For all three Weimar students, their research and their selection as presenters has given them a renewed appreciation for the information about health that is familiar to them but new to others.

Referring to the effects of the NEWSTART lifestyle program at Weimar, Michel said, “I can tell myself that I know a certain lifestyle is better for me, but to see that reality in the lives of NEWSTART guests encourages me to apply it to my own life. That enables me to have more to share with those in the academic world.”

With this mindset, the students said they now have much to share in their future academics and careers. They hope to use this in starting conversations about the true source of knowledge and health.

Michel encouraged other young people, saying, “We as Adventists need to be sharing about health as never before, because it is the first step in changing lives. Sharing proven truths about physical health can lead to an interest in spiritual truths and a receptiveness in accepting the gospel. It gives us so many opportunities to talk about Jesus, who is coming soon!”