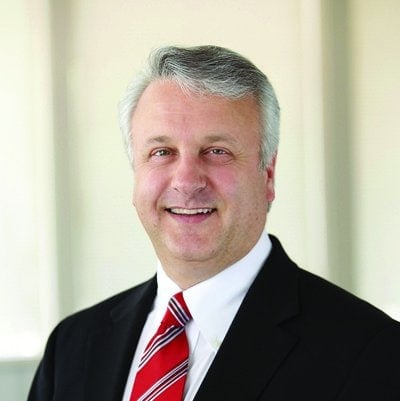 A church-wide initiative
to proclaim Jesus’ coming to the largest cities in the world will reach the
U.S. capital, Washington, and nearby Baltimore next year with a program called
“Living With Hope.”

The program, organized
by the Columbia Union Conference under the Mission to the Cities initiative, will
start on April 11 in a metropolitan area of 10 million people that is widely
seen as the global center of political influence, the Columbia Union Visitor magazine reported.

“If we hope to impact
the world with the gospel in the 21st century, great cities like Baltimore and
Washington, D.C., will be its launching pad,” said Frank Bondurant, event
organizer and conference vice president for ministries development. “I am certain that each of our churches in the Baltimore and Washington
area will want to be a part of this unprecedented evangelistic outreach
project.”

“Living With Hope”
will include a variety of “community events, seminars, small groups and reaping
events,” Visitor said. Among them, each church in the Chesapeake Conference will host an evangelistic event
timed to start on the April 11 launch date, thus taking advantage of local publicity surrounding the bigger initiative.

A
new congregation has opened in Omaha, Nebraska, to provide a worship place for
a growing inflow of Karen refugees — many of whom have grandparents or
great-grandparents who were baptized by missionary storyteller Eric B. Hare.

Refugees
from Myanmar started resettling in the U.S. under a government program in 2006,
and Omaha is among three cities in the church’s Kansas-Nebraska Conference that
welcome them.

“Estimates
suggest there are 5,000 Karen people in Omaha, with more arriving each month,”
said John Sweigart, vice president for the conference. “Nearly 100 of these are
Adventists. Many are direct descendants from the baptisms long ago by Dr.
Hare.”

Hare
and his wife, Agnes, worked as missionaries in Burma from 1915 to 1934, and his
books such as “Dr. Rabbit” and “Treasure from the Haunted Pagoda” are beloved
by many Adventists.

More
than 100 Karen adults and children attended a recent worship service to celebrate
the opening of the Omaha Karen Company. Their new pastor is Sah Kler, who
trained as a Bible worker in a refugee camp where thousands of Karen people
live in Thailand.

"A MATTER OF CONSCIENCE": A new 27-minute documentary looking back at World War I and a group of brave young Adventist men who chose not to fight.

The British Union Conference
has released a 27-minute documentary film about Adventist conscientious
objectors who were jailed for refusing to work on Sabbath during World War I.

“The film gives a graphic
account of the challenges some of them faced in Dartmoor Prison or, following a
court martial for refusal to work on Sabbath, in a military prison in France,”
said Victor Hulbert, who directed, wrote and presented the film.

The film, “A Matter of
Conscience,” not only traces the story from World War I, which started 100
years ago in August, but also gives a background to Adventist pacifism dating
back to the American Civil War.

Hulbert, communication
director for the British conference, said in a statement that the film was worth
viewing in its own right, but also was an excellent discussion starter for
small groups, youth meetings or more general discussions on the morals of war.

Hulbert also wrote a cover
story about the faith and courage of 14 jailed Adventist soldiers that will be
published in the Oct. 23, 2014, issue of Adventist
Review.

The Bermuda Conference has elected
three new leaders in a shuffle that underscores the clout of Oakwood University
in training and nurturing Adventist leadership. 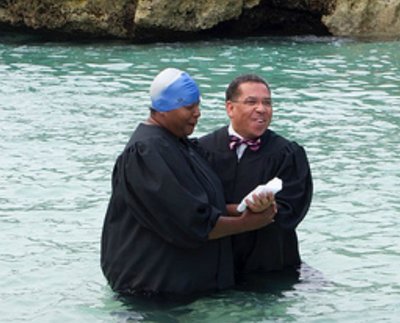 The departing conference
president, Jeffrey O. Brown, who held the position for 10 years, will move to
Oakwood to become director of its Bradford Cleveland Brooks Leadership Center.

Manders takes the presidency
after working as ministerial secretary and personal ministries director at the
Bermuda Conference. He graduated from Oakwood with a master of divinity degree
in 1992 and is now pursuing a D.Min degree in church leadership at Andrew’s
Theological Seminary.

A portion of a wall
surrounding an Adventist church in Uganda collapsed onto a nearby house,
instantly killing a person inside, said police in the East African country.

The wall collapsed at 11:30
a.m. on Sept. 6 in the central Ugandan township of Kireka, damaging a house
owned by Rose Aciro, police said. Her daughter, Stella Namongi, was in the
house and apparently was killed by the falling debris.

“The Uganda police force is
investigating the cause of the collapse of the perimeter wall,” police said in
a statement.

No information was provided
about the age of the daughter or whether the church might face scrutiny over
the incident.

Police indicated that they
were looking into whether rain and shoddy construction work might have played a
role in the wall’s collapse.

Volunteers provide the
services once a year under a program called Pay It Forward Day, which was
started by the local branch of Adventist Community Services together with
several partners in 2009. A second program, called Pay It Forward Plus, offers
monthly, systematic wholistic assistance to low-income families.

Senior officials with the
prime minister’s office praised the volunteers on the most recent Pay It
Forward Day on Aug. 31.

A national newspaper, Today,
reported earlier this year that program “beneficiaries have shown significant
health improvements such as having healthier eating habits and reduced blood
pressure.”

Southern Adventist
University received the 2014 Governor’s Healthier Workplace award for meeting
all 32 of the program’s requirements and being an involved community advocate
for wellness.

The normal lifestyle on
campus met much of the simple criteria for having a healthy workplace,
including vegetarian meals and an alcohol- and smoking-free environment. A
sample of additional areas where Southern excelled were the university’s
health-related lunch-and-learn programs, employee participation in group
activities such as intramurals, and the availability of hiking and biking
paths.

“At Southern we don’t just
promote being active and fit, but look at health in a more wholistic way,” said
Robert Benge, chair of the Employee Wellness Committee and dean for the School
of P.E., Health, and Wellness. “We’re focused and intentional about what we’re
trying to do here on campus.”

David Edwards, a director
with the Governor’s Healthier Tennessee Workplace program, which awarded the
rankings, was so impressed with Southern that he expressed an interest in featuring
the university on his organization’s website as a participant and partner with
the state for promotion of healthier living in Tennessee.

A positive school atmosphere
significantly reduces the prevalence and popularity of student bullies, according
to doctoral research by an Adventist professor. 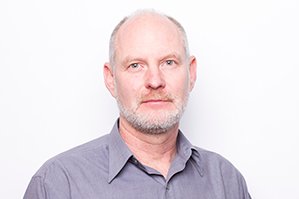 The key to creating that
atmosphere is the implementation of a rights and responsibilities program that
promotes better relationships between students and teachers and better
peer-relations and a sense of belonging, said professor Kevin Petrie of the
Avondale College of Higher Education.

Petrie said a school’s
atmosphere serves both as a barometer of and a catalyst for bullying behavior.

“The way in which a school
manages that behavior will have a direct impact on the climate in that school,”
he said. “Schools should develop and maintain norms that do not value
aggression and where students do not gain social status by their use of it.”

Petrie based his findings on
data from 604 senior elementary school students at 20 state schools in the
southeastern Australian state of Victoria. Teachers from the 59 participating
classrooms also provided data.

BLOWING OWN HORN: Paul Jenks, music director at Palisades Christian Academy, blowing up a balloon with a trumpet.

How can an Adventist academy
raise money quickly? Dare people to pop balloons.

That’s exactly what
Palisades Christian Academy is doing after receiving a pledge from an anonymous
donor for a $50,000 matching grant.

Adopting the slogan “Blow Up
the Debt at PCA,” the Spokane, Washington-based school has challenged people to videotape themselves
blowing up balloons until they pop. The most creative balloon popper will win an
iPod Shuffle.

Videos posted on the
school’s website include PCA music director Paul Jenks blowing up a balloon with a trumpet and a boy trying
to pour a mixture of cola and Mentos mints into a balloon.

“If $25,000 is raised by the
end of 2014, the school will receive the same amount from a donor,” the school
said in a statement.
“The same is true for 2015. … With this money, we can eliminate all of our
operational debt and start the next school year in the black.”

As of last week, the school had raised nearly $10,000 toward its goal.