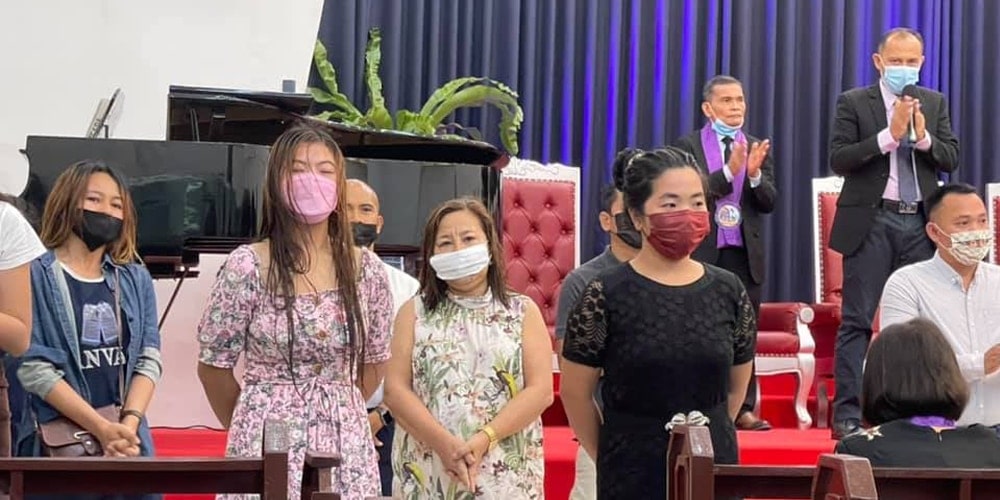 Adventist-laymen’s Services and Industries (ASi) members in a local church in southern Philippines recently organized and sponsored a Revelation of Hope seminar in a hotel in Tagum, Davao del Norte, Philippines.

The event ended with the baptism of more than 200 people who accepted the Adventist message and were baptized, organizers recently reported.

The Adventist businessmen and professionals of the Tagum church in the Mindanao region organized the meeting to encourage and inspire families and individuals in their community, especially during this pandemic. The seminar focused on how to face different realities of life, especially during times of uncertainty. The nightly meetings, fervent prayers, and relevant discussions led 24 professionals and 208 other individuals to accept Jesus and be baptized.

Organizers testified about God’s providences throughout the planning process leading up to the meetings. A few months before the event, the local government placed the entire city on tighter health protocols, which meant no seminars, conferences, or mass gatherings until further notice.

While organizers tried to find the best solution to address their situation, ASi members were impressed to find a bigger venue with enough space to accommodate guests and practice social distancing. With confidence, they reported that the organizing committee decided to pursue the meetings but to lay down their plans and wait for God’s leading and guidance.

“I have learned to come closer to God,” Amy Goc-Ong, one of the major drivers behind the event, said. “We needed an additional 45,000 [Philippine] pesos [about US$890] for a bigger venue, and God brought in a person who paid for that amount. I feel so privileged to be a part of this and to witness God at work!" Goc-Ong added. “It became clear that God wanted this, so there’s no other way but forward.”

Simultaneous meetings hosted by neighboring churches also welcomed attendees to the nightly meetings and contributed to the number of baptisms.

The original version of this story was posted on the Southern-Asia Pacific Division news site.