From February 7 to 13, Jimmy Shwe, a pastor and coordinator of the Karen Seventh-day Adventist Church outreach under the Adventist Refugee and Immigrant Ministries in the North American Division, guided the division’s more than 50 Karen congregations in a bilingual week of “United Prayer.” The Karen are an ethnic group from Myanmar (also known as Burma), many of whom fled due to religious and ethnic persecution by the government.

Each evening at 5:00 p.m. PST, between 80 and 130 Karen pastors, Bible workers, and church members joined a special Zoom meeting and prayed together. A few Karen families from Europe, Australia, and Myanmar also participated. The meetings were presented in the Karen language and included a special English prayer portion.

After a short devotional, preselected participants were asked to pray. Shwe coordinated the group Zoom meetings, he said, to help assuage fears through prayer for those in distress and those who are unable to help as the turmoil in Myanmar continues to unfold. “When we cannot do anything, the best thing that we can do is pray,” Shwe said. “As we trust in God, we know that He wants the best for us. Sometimes all we can do is pray to Him, trust in Him, and believe in Him. He can and will do something for us.”

Reports of violence in certain regions of Myanmar have emerged in the past few weeks. After the country’s general election, the military staged a coup, seizing control on February 1, and declaring a year-long state of emergency. Several news agencies have reported that Myanmar military personnel have ventured into Karen villages, ripping people from their homes. Some have been killed or injured, while others were told to flee.

Karen members in the United States have heard reports that, in one village, disruptions were so severe that the local Adventist school moved farther into the jungle, away from a military camp. Protests have swept Myanmar, a country with a complex history, with “tens of thousands in Yangon and elsewhere in the biggest show of mass anger since 2007 protests that helped lead to democratic reforms,” according to a February 7 Reuters news report.

Special prayer themes were set for each Zoom service, focusing especially on prayers for peace and protection, prayers for access to safe water and food while fleeing, prayers for the children, the elderly, and the infirm who cannot run, and for the civilians wounded in war.

Over the past several years, many Karen people have come to the United States as refugees. According to online archives from the Burmese American Community Institute, 64,759 Karen settled in the United States from 2000 through 2015.

In 2010, Shwe was at the General Conference Session when he was asked to coordinate refugee ministry in the Karen congregations in North America. Shwe, who immigrated to the U.S. and organized the first congregation in North Carolina in 2009, said that there are now at least 80,000 Karen in 41 states — and about 2,000 baptized church members across the division.

Shwe and his family are based in North Carolina, but he travels across the United States to attend to the Karen Seventh-day Adventist congregations. He is supported by a team of local church leaders in each state or region where there is a Karen congregation.

Eric B. Hare, who served as an Adventist missionary and storyteller in Burma, worked among the Karen people. During his years of service, Hare introduced thousands to the gospel message, establishing clinics, churches, and schools among the Karen in Burma and Thailand.

“This rich Adventist history has made a deep impression with generations of believers,” Shwe said. “What is happening now in Myanmar has frightened many of my Karen brothers and sisters. We know that God will do the best thing for His children. So we pray, and we come together with one heart. And the people see how much they need Jesus, and how we need more unity as a family.” 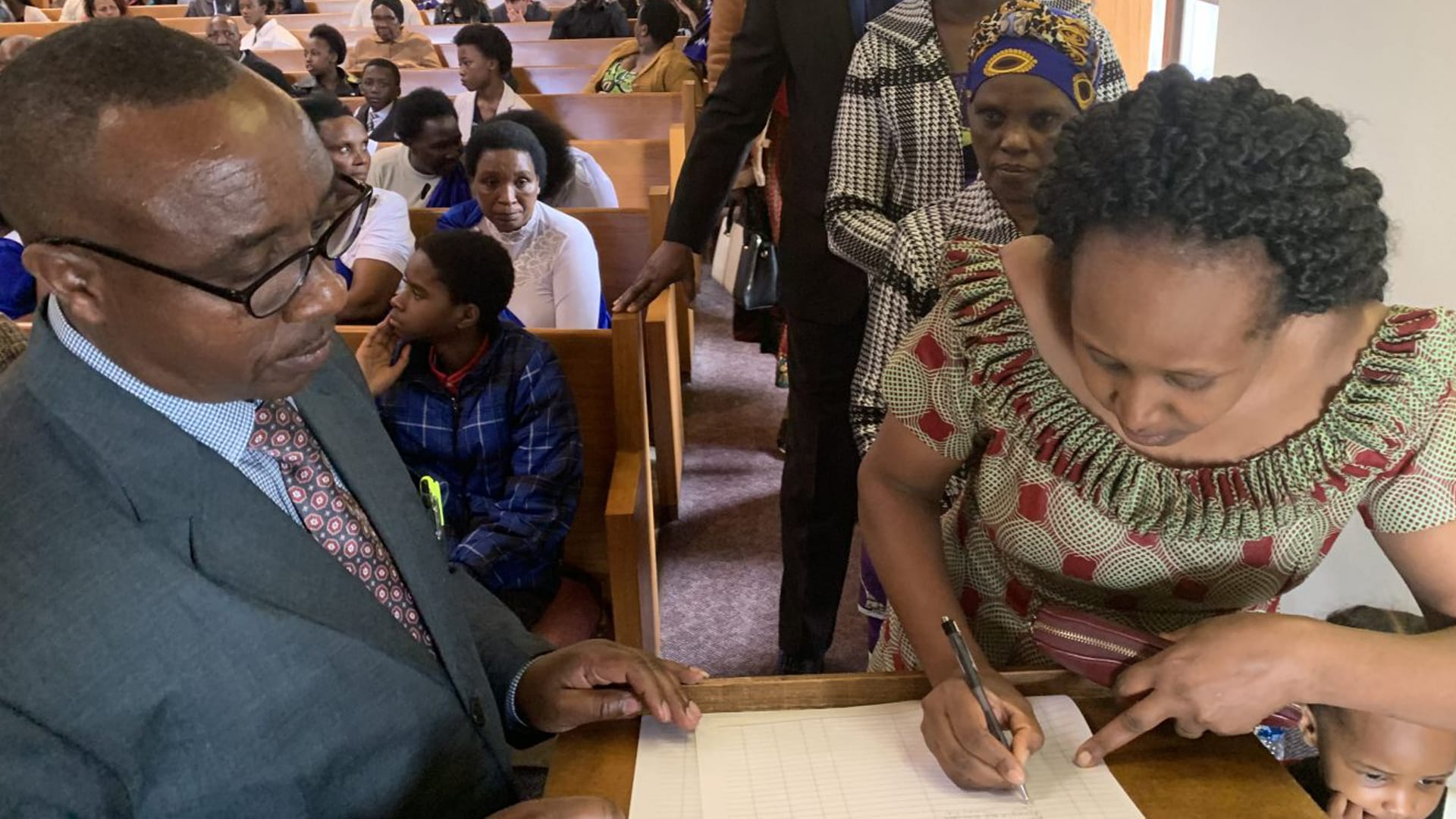