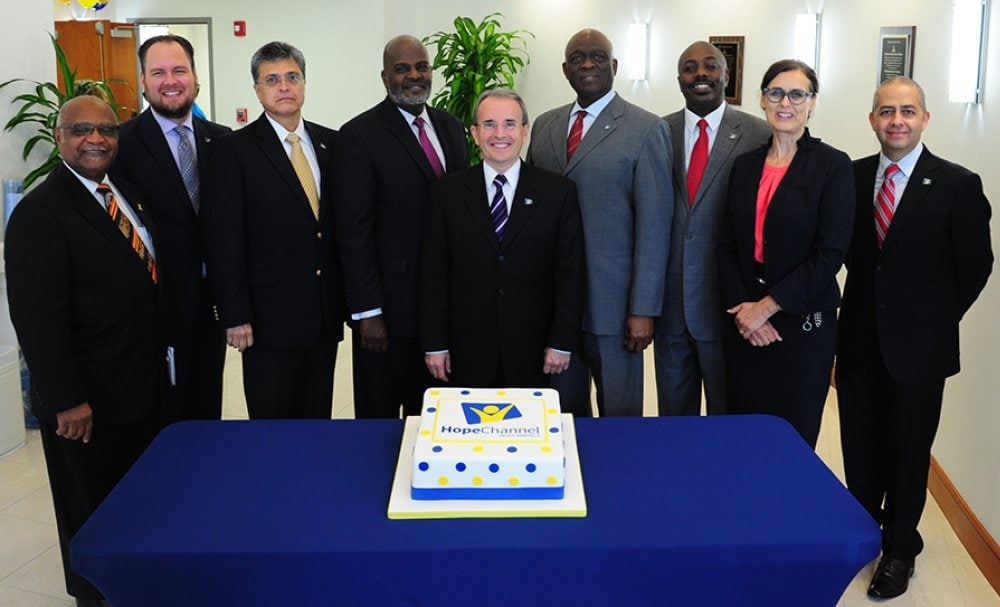 The Seventh-day Adventist Church has launched its first global television channel with French-language programming as part of a joint project between the Inter-American Division and the General Conference.

The French channel is available online and on Roku, while the other two are also on satellite.

“As we launch Hope Channel Inter-America, we want to let the world know that Jesus is coming soon,” Inter-American Division president Israel Leito said at the division’s headquarters in Miami, Florida. “We want this message to be proclaimed in every home, every culture, every major language here.”

“The work of building the kingdom of Christ will go forward,” Morris said. “There’s a great deal of work ahead, and we must use every available technology to reach people with the gospel message of the soon coming of Jesus.”

Using media to accomplish that mission under the anointing of the Holy Spirit will take the message to cities and everywhere, Morris added.

“Jesus challenges each one of us to cry out to the Lord of the harvest,” he said.

The division has invested significant resources to run the three channels round the clock, Márquez said.

The channels’ master control is at Hope Channel International at the General Conference’s headquarters in Silver Spring, Maryland, while the division has set up a remote location in Miami and Mexico to manage the playlists of the three channels.

At the moment, the English channel will run the same programming as Hope Channel International. Esperanza TV Interamérica reflects selected programming from the Inter-American Division and other divisions of the world church, and Espérance TV Interamérique is running programming produced by the French Antilles Guiana Union headquartered in Martinique.

“Hope Channel Inter-America will rely heavily on content produced by media centers across the territory,” Márquez said. “Our goal is to air programs contextualized for our territory, and we are in the process of signing additional collaboration agreements with our largest media centers across the division to enrich the channels with new programs.”

Plans are under way for a cinematography workshop with a select group of technical film producers from the division in November and a Hope Channel advisory in 2017.

“This is a historic event to fulfill the mission of the church in our territory,” Márquez said.

You can view live broadcast of Hope Channel Inter-America online by visiting hopetv.org.