Adventist Church, Destroyed by a Mob, Reopens in Egypt 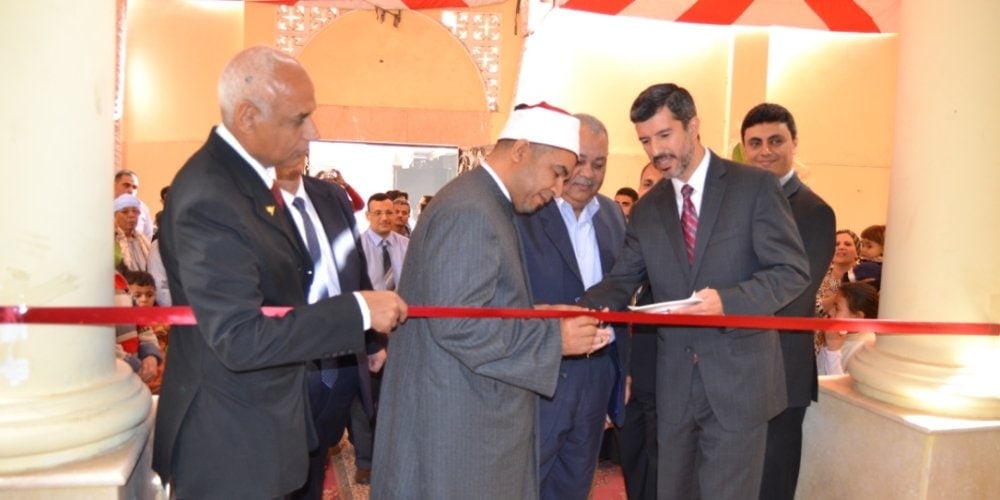 Seventh-day Adventist believers in the Egyptian city of Assiut will long remember Aug. 14, 2013, the day that a mob burned down their church and tried to kill their pastor.

They also won’t soon forget March 19, 2016, the day when government and religious officials joined them in celebrating the opening of a new building to replace the destroyed church.

Government leaders, who helped rebuild the church, congratulated church members at the dedication ceremony in Assiut, located about 250 miles (400 kilometers) south of the capital, Cairo. A representative of Al-Hazar, a respected Islamic legal institute, gave a speech underscoring the importance of unity between Christians and Muslims in Egypt.

“The celebration and rededication of the Assiut church means a lot to all Adventists in Egypt,” said Kleyton Feitosa, president of the Adventist Church’s Egypt-Sudan Field.

Local church members were left in shock when a mob broke into the church in an attempt to kill the pastor and his wife in 2013. The attack came amid widespread riots following the toppling of the country’s president in mass protests.

The pastor and his wife hid in an upstairs apartment and were not found by the attackers, who set the church on fire, ANN reported at the time. Muslim neighbors rescued them from the burning building.

“By God’s grace, we escaped the flames,” said the pastor, Salib Nasrallah, who is now retired. “But we still suffer from the emotional and psychological stress that we had to go through.”

No one has been charged or jailed in connection with the attack.

The loss of the church building dealt a heavy blow to church members, who met in the burned-out hall on Sabbath mornings as they waited for the reconstruction to start.

But more heartache was to follow. A young pastor who moved to the area to supervise the reconstruction work died in a car crash as he was visiting church members to encourage them.

The church members, however, refused to despair, Feitosa said. They viewed the tragic incidents as spiritual warfare and began to cling to God’s promises with earnest prayer, he said.

Around that time, the Egyptian military announced that it would rebuild the church at its own expense. Several Christian churches were destroyed during unrest across Egypt, and the government had pledged to cover all reconstruction costs.

Adventist Risk Management, which insures church property, stepped in to cover the loss of furniture and equipment in the church.

“We are grateful for the strong financial support received from the government of Egypt and from Adventist Risk Management, which made it possible to renovate the church,” Feitosa said.

“The church was destroyed by hatred but reopened by love,” said Johnny Nasrallah, assistant secretary of the Egypt-Sudan Field and the son of the church’s former pastor. “Hope has been restored in the hearts of people.”

Magazine Article
After the Dust Settles
Adventist public engagement after the tumultuous year 2020.
Article
How the Church Began
The four crucial steps Jesus took.
Profile
Media Ministry Is Transforming Lives in Fiji
Despite lockdowns and restrictions, more than 600 have been baptized in 2021.