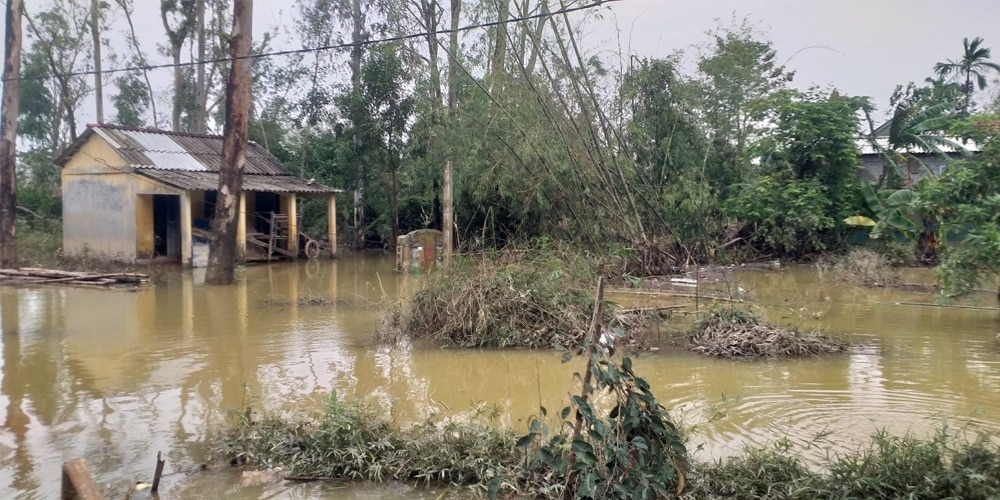 In areas affected by the succession of storms that recently swept parts of Southeast Asia, the Adventist Development and Relief Agency (ADRA) is responding with cash transfers, seeds for crop replacement, and food to sustain as many people as possible.

Millions of people in the Philippines, Cambodia, and Vietnam have been evacuated to overcrowded shelters with no social distancing. Officials are expecting more outbreaks of COVID-19 to add to the damage of lives already altered due to massive flooding, mudslides, and violent winds.

Strongest Storm of 2020 Hits the Philippines

When the tropical depression named Ofel made landfall and moved across the Philippines on October 14, 2020, stronger storms followed and hit the area within two weeks.

As people from Quezon and Mindoro were recovering, Typhoon Goni (local name Rolly) came along on November 1 and intensified to a Category 5 super typhoon with maximum sustained winds of 225km/h (139 mph) and gusts of up to 280km/h (173 mph).

Local authorities say the storm could be compared to Super Typhoon Haiyan, which left more than 6,500 dead in 2013. Storm surges from Typhoon Goni destroyed thousands of homes in Catanduanes, submerged towns in Albay with lahar, and affected more than 1.4 million people throughout six different provinces.

“Super Typhoon Goni was an exceptionally strong typhoon that ripped through communities already affected by recent typhoons and COVID-19,” Tom Pignon, ADRA’s country director in the Philippines, said. “While the people of the Philippines are incredibly resilient, we cannot underestimate the compounded impact of these multiple disasters. ADRA is already on the ground working with local authorities and our partners to assess the needs and determine how best to support those whose lives have been torn apart.”

Crops and Infrastructure Decimated in Vietnam

In central Vietnam, almost six weeks of excessive wind and rain since September have resulted in structural damage to 300,000 homes and destroyed income sources, including 113,000 hectares (280,000 acres) of rice and crops; uprooted fruit trees and timber plantations; and damaged 12 water sterilization plants. Local reports also confirm that at least 10,000 households do not have access to clean water, and more than 230 lives were lost.

“After the initial storm, people were not prepared for another one so soon,” Quentin Campbell, country director of ADRA in Vietnam, said. “Due to the slow onset and succession of storms, the impacts will increase as floodwaters remain in place.” Campbell predicted that this will cause the death of trees, the erosion of river banks and roads, and waterlogging of buildings. “Transportation is restricted now, due to flooded and damaged roads which impact the delivery of goods,” he said.

“Our response team is on the ground this week, working with local authorities to distribute cash transfers. Our initial response will be to support 510 households,” Campbell said. “The cash transfers are a top priority because people have lost their livelihoods. This will help the most vulnerable households to purchase necessary nutrition, personal hygiene, or building materials to meet the most urgent needs.”

ADRA in Cambodia has faced several severe flooding in different provinces throughout the region over the past months. While responding, they have been serving on the ground to support households that lost their livelihoods and have been providing assistance to combat gender-based violence. The latest typhoon to hit the country left 38 people dead and more than 14,000 households displaced.

ADRA has assisted 450 families with food assistance in the Bakan District of Pursat Province. The response team is preparing for assistance for an additional 500 or more people affected in Kampong Svay, Phneit, Russeit Kraok, and Takong communes of Sereisophoan and Mongkul Borei districts. The team is providing food to those with immediate needs, and they are assessing and supporting livelihood recovery.

“We are in the process of providing rice seed for crop replacement,” Mark Schwisow, country director of ADRA in Cambodia, said. “We will also provide cash transfers to the newly affected households of the underprivileged and most vulnerable people to meet basic needs and ensure food security.”

The original version of this release was posted on the Adventist Development and Relief Agency site.