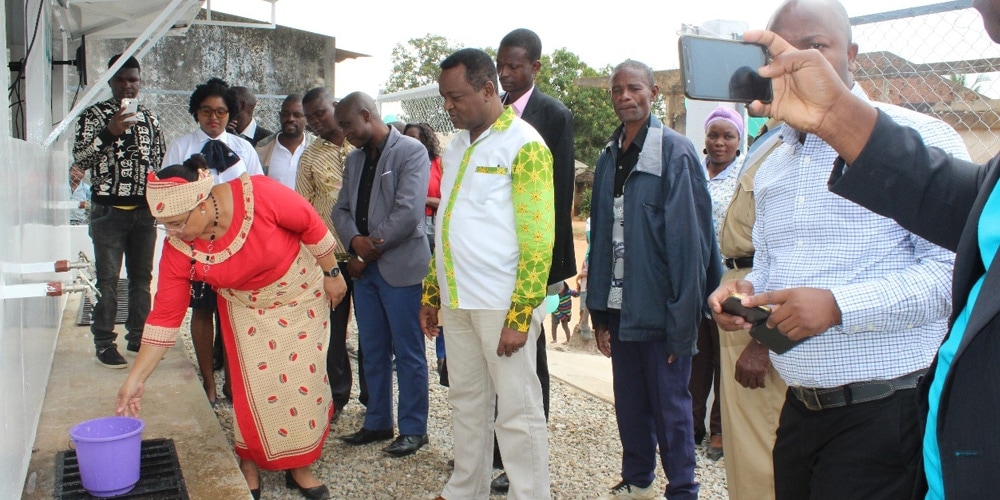 The Adventist Development and Relief Agency (ADRA) officially launched its first safe water kiosk in Mocuba, Mozambique, on June 12. The kiosk will provide 20 liters per person per day of safe water for more than 1,000 people.

Mocuba District of the Zambezia province in Mozambique has suffered from inadequate safe water supply for years, and the prolonged drought conditions in Southern Africa have worsened the situation.

More than 100 people attended the grand opening of the new water kiosk, including the city of Mocuba’s mayor, Beatriz Gulamo, a prominent supporter of the community project. “We are very pleased to receive this kiosk. To the entire municipality, this is of great value,” said Gulamo while on a tour of the new water system. The mayor and several ADRA Mozambique representatives held a ribbon-cutting ceremony to pronounce the kiosk open for service.

“Though water vending is not new, ADRA’s water kiosk approach is unique because it is a self-sustaining business model that also distributes safe drinking water,” said Jason Brooks, senior technical advisor for water, sanitation, and hygiene (WASH) at ADRA International.

“The approach of simply drilling wells and training the community to repair them had to give way to a more sustainable service for larger numbers of people, and ADRA wants to provide the most cost-effective and long-lasting water service that will not break down for lack of funds to repair them,” Brooks added. “With a 15-year presence already established in Mocuba and a great need for safe water, ADRA selected the neighborhood of 6,000 as the first launching point to install the water kiosk.”

Brooks emphasized that the kiosk is a means to help the community gain access to safe water and, eventually, a project that can be maintained by the community. “The residents are the one who will benefit from the kiosk, but ADRA wants to ensure they can take care of the kiosk and sustain the water source, so the community receives safe water for a long time,” he said.

ADRA will train community members and will help them eventually establish local ownership of the kiosk.

Among the features of the newly implemented kiosk are solar panels atop the kiosk that pumps water automatically from the source to an elevated holding tank; multiple water taps that differ from the traditional hand pump, allowing for people to receive water more quickly; and two monitors for bystanders to watch that show video promoting sanitation and hygiene to prevent the spread of diseases. The system also includes ice dispensers, clothes wash and recycling capabilities, and mobile phone chargers that also allow users to buy phone credits.

When all of the kiosk’s features are active, residents will be able to purchase soap, toothbrushes, and feminine products to encourage better hygiene practices. Purchases are managed on a tablet handled by a kiosk attendant. The attendant would also be on site to help monitor the water taps.

ADRA has received backing from supporters, including Adventist Health Ministries at the General Conference of Seventh-day Adventists, which contributed $60,000 to the project, and Grundfos, a global pump manufacturer, which provided water pump technology for the kiosk.

“A study was conducted previously in Mocuba to better understand the needs of the community, and the biggest need we found was cleaner and safer water,” Brooks said. “People were very open with us about their needs and their willingness to be part of the solution. We learned that the community wanted safe, treated water and didn’t mind paying small fees for the additional resources that came along with the new water system.”

Prior to the water project, many residents were collecting water from contaminated wells or the nearby river. “We suffered a lot taking water from the river,” commented Mariam Laziza, a mother and resident of Mocuba. The water was tainted from people bathing and washing clothes in the river, according to community members.

“This [kiosk] is a great relief because, with this borehole, the people of CFM will suffer fewer diseases. We are thankful to ADRA,” said Santos Jose, Mocuba’s community leader.

Armindo Salato, programs director of ADRA Mozambique, added, “The water system represents an innovation for ADRA that will replace the type of interventions ADRA had in water supply and well drilling,”

The new water kiosk is located near the community’s school and in a public setting. With the installment of the kiosk, members of the community are able to fetch gallons of safe water at their leisure in a safer environment.

“ADRA wants to be at the forefront of responding to pressing needs for essentials such as water,” said Brooks. “We plan to run two to three other kiosks in other locations, but this is a pilot that we will test out for a while before we can do so.” 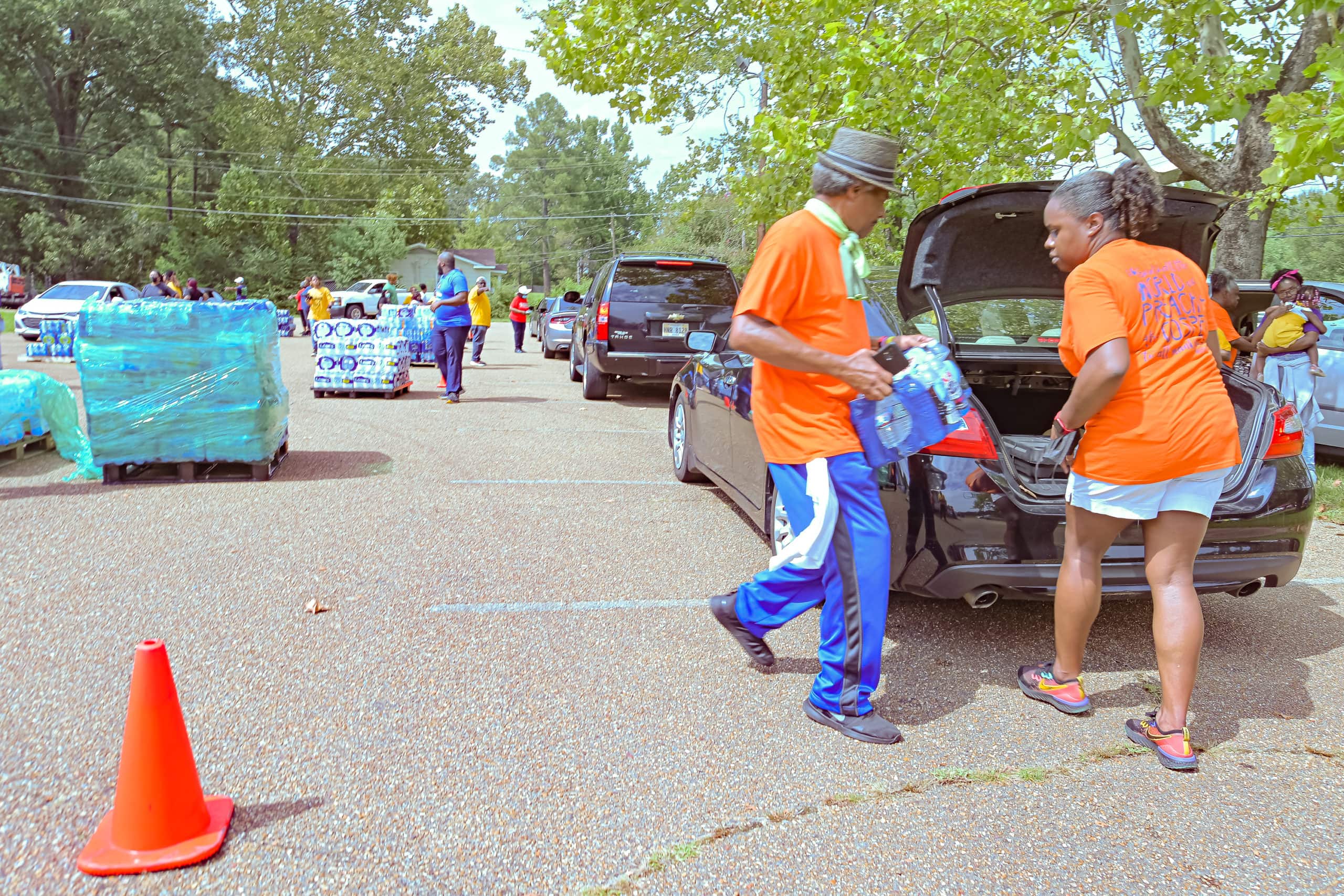