ADRA Offers ‘Invasion of Love’ in Bosnia and Herzegovina 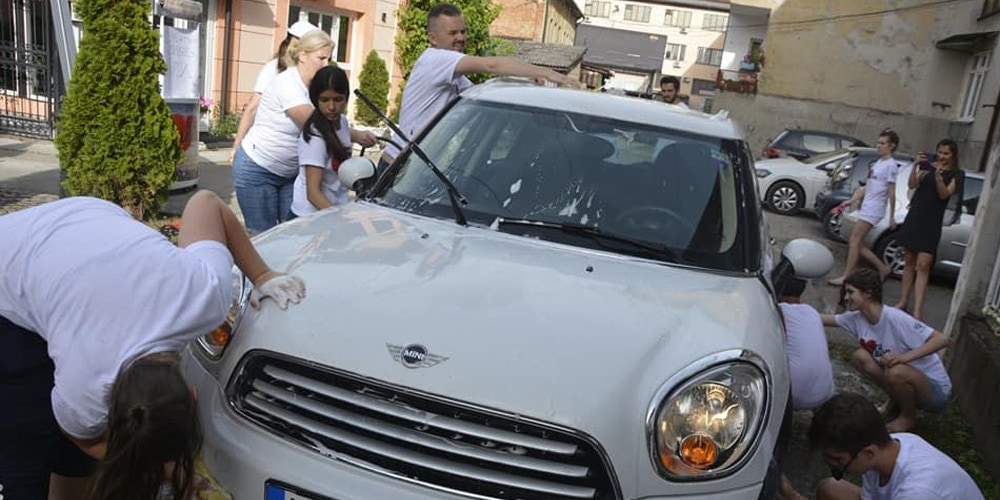 From June 2 to 27, 2021, twenty young people from around Bosnia and Herzegovina (BiH) joined together to spend a week in Tuzla as part of the “Invasion of Love” project, sharing messages of love and performing different acts of kindness. Invasion of Love, now in its fifth year, aims at bringing a message of love and reconciliation.

In the past, this part of the Balkan Peninsula has experienced conflicts that divided people and communities. Adventist Development and Relief Agency (ADRA) volunteers decided on a different type of invasion. They wanted to demonstrate how showing love and acts of kindness can bring people together and speak up concerning the kind of future young people want for their country.

“One of the greatest problems here in BiH is that nationalism and hatred divided people,” Božidar Mihajlović, president of the Bosnia and Herzegovina Conference of the Adventist Church, said. “We had a war 25 years ago, and we are ethnically divided. So, one of the reasons why I wanted to do this project, especially in cities where we have tension between minorities and ethnic groups, is to bring reconciliation, to show them that love is the way.”

The group arrived in Tuzla on June 20 to tour the city and prepare for the following five days of activities. They started by visiting the Accident and Emergency Unit, the Fire Department, the Communal Services, and the local police station, bringing along boxes filled with special foods to express their gratitude for the dedicated service the people give to the citizens. As they do every year, volunteers delivered packages of humanitarian aid to families in need. That first day also saw them cleaning windshields in a spacious parking lot, leaving a message: “We saw that your windshield was a bit dirty, so we decided to wash it and expand your view.”

Among other initiatives, young people offered cold soft drinks to passers-by in several locations and gave away flowers to women working in places of business, from bakeries to banks. The volunteers also collected more than 50 bags of litter in the town’s picnic area, bringing surprised smiles to the passers-by.

On the health front, a health bazaar was set up in the largest shopping center, offering free massages and a variety of tests, including blood pressure, oxygen level, blood sugar level, and body mass index. They also provided two survey tests to determine the biological age of people’s bodies and assess their current lifestyle.

The most popular attraction seems to have been the ATM Love Machine — a big cardboard ATM with a person hidden inside, who gave free presents to children. For hours, children and their families kept coming to play with the ATM that sent a clear message: love does not have a price tag.

Volunteers spent one morning motivating Tuzla citizens to give up smoking by giving them an apple in exchange for a cigarette. In the afternoon, they invited people to bring their cars for a free carwash at the Adventist church parking lot. One of those who came for a car wash was a local librarian who had heard in the media about the various activities ADRA volunteers were doing. She asked if she could take a picture with them to post on the library Facebook page.

“After five days of serving the needs of the people and showing God’s love, we do not stop receiving messages of support from citizens as well as questions about how to join our organization,” Mihajlović said. While the local TV station also covered the event, Mihajlović said that the best part was simply “to show people God’s love.”

Vanesa Pizzuto contributed to this report.