Classes are expected to resume Monday morning for the 48 students at Union Springs Academy in central New York state, after a Sabbath afternoon, December 3, fire rendered the school’s administration building — which houses classrooms, a gymnasium and offices — “uninhabitable.” No one was reported injured and all students at the 95-year-old Seventh-day Adventist boarding academy have been accounted for, officials said.

“I’ll just say our spirits are pretty good. The [Union Springs Seventh-day Adventist] church that’s on our campus will be adequate for us to have classes, and we’ll start classes tomorrow in the church,” said principal Jere Clayburn, who came to Union Springs Academy from church-owned Fletcher Academy in North Carolina nine months ago.

“Someone back around 1980 thought to build a big church building, and it should fit our needs pretty well,” Clayburn, who spoke with Adventist Review from the fire-damaged campus on Sunday afternoon, said.

Structure fire at Union Springs Academy. I'm told no injuries at this time. Fire was in an admin building and all students are accounted for pic.twitter.com/mRBpKlTJ25

Fire officials in Union Springs have not yet determined an official cause for the blaze, but it’s suspected the fire was caused by an electrical issue. The fire started, Clayburn said, in the building’s “worship room, kind of a room that’s an extension off of our hallway,” which had been set up as one of the stops on a “Walk Through Bethlehem” program held at the Union Springs church and school campus.

According to John Cardinell, an alumnus of the school and a firefighter, who posted an account at the church’s website, temperatures are believed to has reached as high as 2800 degrees Fahrenheit at the point where the fire started, and even approached 400 degrees Fahrenheit farther away.

“It's a mess, a big mess,” Cardinell wrote. “The main hallway has severe smoke damage, the walls are blackened, the Class photos, most are in tact, however, because of the excessive heat, they could be welded to the glass, 30 [percent] of class picture glass is cracked, broken, or blown out entirely. The Class of 1965's picture took the most damage, and it will need to be replaced.”


More importantly, he said, “the [worship room] area, Hallway, and entire structure leading up to the Gymnasium is toast; it will probably have to be rebuilt, because of the intense heat. … There will undoubtedly be new wiring, plumbing, new ceilings, new doors everywhere as most had to be kicked in by the [firemen] as they chased the fire and smoke. Surprisingly the music department only appears to have suffered intense heat and smoke damage.” 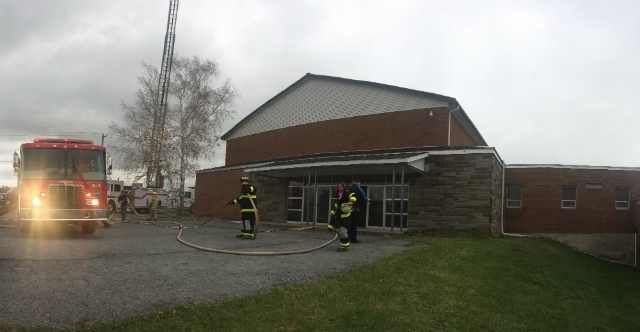 Fire crews first responded to reports of a fire in the administration building at the 40 Spring Street campus at 2 p.m., media reports indicate. The reports said firefighters from Union Springs, Cayuga, Fleming, Aurora, Aurelius, Scipio and Poplar Ridge fire departments participated in battling the blaze, with teams switching in and out to give the other crews some time to rest.

Although fire investigators were on scene at 4:30 p.m. to determine a cause, firefighters were summoned back to the building at 5:15 p.m. amid reports of flames still being active. The firefighters worked until around 9:30 p.m. to find and quench “hot spots” in the building’s roof area.

Waldron also said that while there were issues with fire hydrants in the immediate area — one did not have any water pressure, the other had a reduced water flow — the responding firefighters had other sources nearby to fight the blaze. He said water supply issues were not a reason for the extensive damage caused by the fire.

As academy officials met Sunday to plan for future operations, the Union Springs fire chief was quoted as saying the administration building will require substantial renovations before it can be used again.

"A section of the building is going to have to be redone or torn down to make it habitable again," Waldron told reporter Greg Mason of The Citizen newspaper.

Clayburn told Adventist Review the hope is to repair and refurbish the administration building, whose construction dates back to the gym’s 1967 opening, in time for the fall 2017 start of classes.

The principal noted the support from alumni that has already come in. Union Springs, he said, is a “much-loved school by many, many people. I can understand why it is people become attached to it, you become part of the family, and no matter how long you’ve been away, you still feel a kinship with the people who are there.”

Clayburn said there was no doubt as to the commitment of his 19-person faculty to continuing operations.

“We have pulled together, very closely as a staff with regard to this. We’re really here to minister to the young people,” he explained. “Just like every other academy, we don’t give up easily, and we’re committed to doing the ministry God has called us to do. And if we can make it work tomorrow, we’ll make it work tomorrow. We’ll continue to make it work every day.” 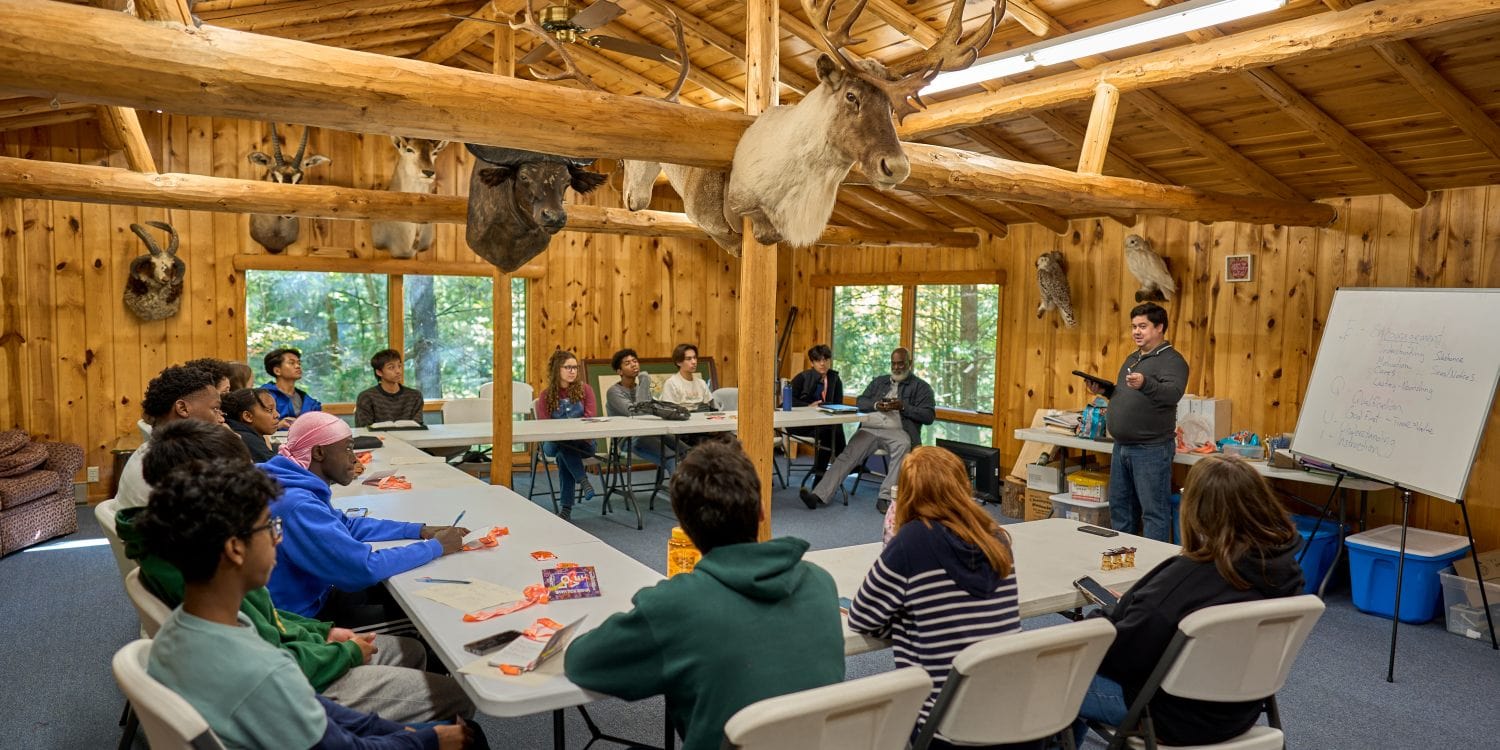