A Harbor of Hope

How one local church in the U.S. is living up to its name. 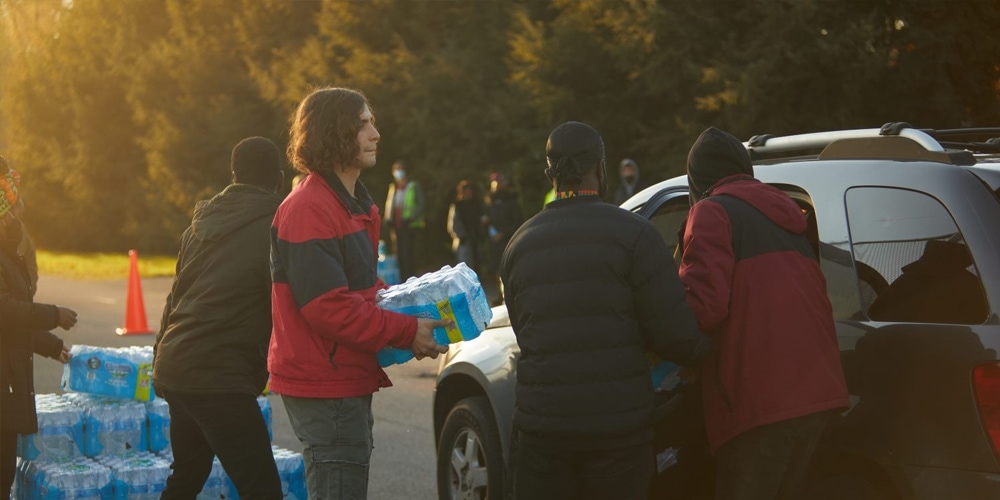 When the Benton Harbor community in Michigan, United States, was affected by a tainted water system, Harbor of Hope Seventh-day Adventist Church stepped up to support them.

In 2018, health officials in Benton Harbor began noticing an alarming rise in lead poisoning cases. After performing multiple tests, the city discovered that the water system was tainted due to corrosion in the original lead water pipes.

The city immediately reached out to partner with local agencies — one of which was the Adventist Community Services Center (ACS): Harbor of Hope. Once a month in Benton Harbor residents came to designated places such as the health department, the library, and the Harbor of Hope ASC to receive water filters and information on how to use them. When the filters turned yellow, a replacement was available.

Harbor of Hope immediately enlisted volunteers, partnering with United Way so that anyone, even if they weren’t part of the church, could volunteer. Additionally, the state delivered water bottles and they arranged for any leftovers to be picked up.

On October 30, 2021, in just one day, the church and its volunteers handed out 1,500 cases of water. Terri Trecartin, ACS director, remembers how thankful people were. Some told him they were on their last case of water and had been wondering what to do when it ran out.

Harbor of Hope went above and beyond their required duties, ensuring that everyone who needed water received it, even if they were homebound. “If people couldn’t get out and get the water, we… took it to them,” Trecartin said.

Over the last three years, the city has realized how challenging it is for residents to figure out which location stocks which supplies, so the city picked a central location — the local high school — where all supplies are distributed. Now all residents go to the high school to get what they need on specified days, and local charities (including Harbor of Hope), assist them.

Harbor of Hope has established itself in the community as an important and trusted Adventist presence. And as ACS director Chelli Ringstaff also noted, one connection leads to another. What began with just water filters distributed at the ACS has grown to 1,500 cases of water delivered in just one day. The city has come to trust Harbor of Hope because they have proved themselves.

But it’s not just the city officials that can depend on the Adventist Church.  Over the summer of 2021, student literature evangelists worked in the Benton Harbor area. Trecartin noted that every time the colporteurs identified themselves as Adventists, people lit up with recognition, “because they knew where the church was,” Trecartin said. The church and its organizations have been so influential in the community that “Adventist” isn’t just a name — it’s associated with a positive experience.

Would your community be able to say the same?