A Black Man in White Russia 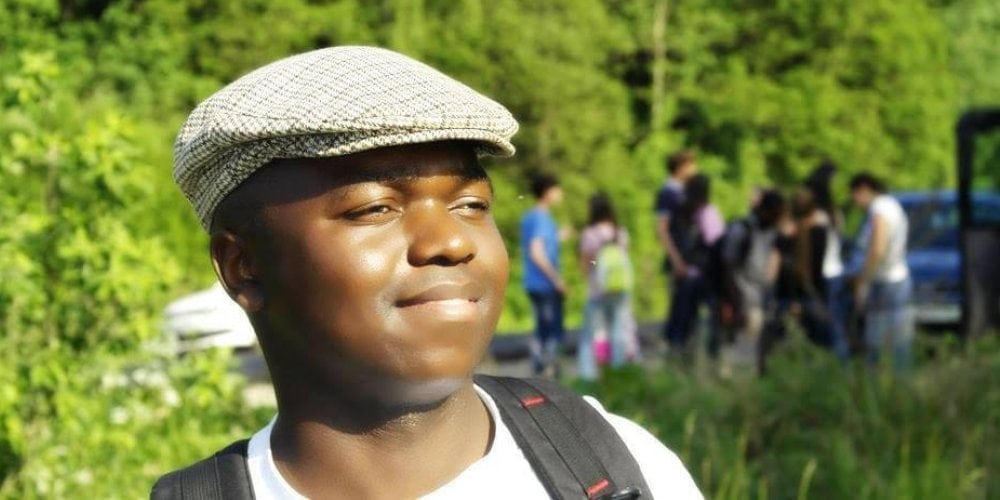 When a Russian stranger approaches me, I can usually guess what he or she is going to ask.

The questions go on and on and can become rather unpleasant and even racially offensive for a Zambian student like me, a black man studying on a Russian government scholarship at a university in overwhelmingly white Moscow.

Then the other Sabbath, a road worker put down his tools and approached me in front of the Moscow International Seventh-day Adventist Church. In my mind, I knew where the conversation was likely to go. Sure enough, his first question was about where I had come from.

But then he handed me a couple advertising flyers.

It is common for people to stand in and along the street in Moscow, handing out these flyers. I often accept them to be polite and then throw them away later. I wasn’t sure why this road worker was passing out flyers, and I didn’t want to take any on Sabbath. But I accepted them. This allowed the man to stay near the church a little longer — and to ask more questions.

We spoke about who I was and what I was doing on a Saturday morning outside a church. Then the road worker grew curious about God. He asked a few questions that I couldn't explain with my limited Russian. I silently asked God to intervene.

Just when I had finished the short prayer, two Russian Adventists exited the church building and joined our conversation. The four of us spoke for some time about God’s boundless love for humanity and His amazing grace that is sufficient for anyone who receives Him. We also discussed the reality of heaven and our hope to live with Jesus forever. Before the road worker left, we gave him a new Russian Bible and some religious literature. We invited him to attend the church every Sabbath.

As he turned to go, the road worker asked: “What kind of people are you? I have never seen people who are this welcoming.”

We told him that we are Seventh-day Adventist Christians.

I believe God taught me a valuable lesson about racism in my Sabbath encounter. My experience with thoughtless or insensitive people shouldn’t blind me to those who may be genuinely led by the Holy Spirit to reach out for information.

Jesus said in the Great Commission to all His followers in Matthew 28:19, “Go ye therefore, and teach all nations, baptizing them in the name of the Father, and of the Son, and of the Holy Ghost.” This command is wholistic. It is not exclusive, but inclusive. We are to make disciples of all nations, which means the gospel must be preached to all people, including those who believe that some human races are superior to others. In fact, the gospel eradicates such notions.

Adventist Church co-founder Ellen G. White takes that thought one step further when she wrote, “The very first impulse of the renewed heart is to bring others also to the Saviour” (The Great Controversy, p. 70).

I have resolved to no longer rush to judge others, even if they approach me with a question on their lips. After all, my attitude may play a key role in the salvation of just one person.