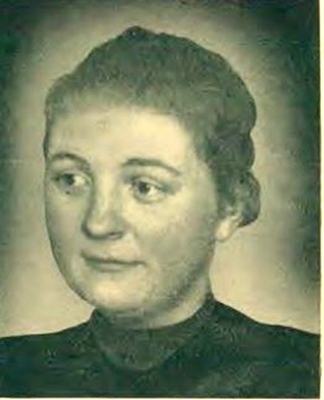 Mimi’s dream preceded a call that led to a life of mission.

In late 1906, Mimi Scharffenberg, a young Adventist woman in her early 20s, dreamed of “many strange-looking women calling to her and beckoning her to come to them. Their earnest faces showed their anxiety for her to come.”1 A few days later, the General Conference of Seventh-day Adventists invited her to serve as a missionary in Korea. After praying about the call, she realized the connection between the dream and the call. Before long, she was sailing to Asia with church leader W. W. Prescott, who was on his way to East Asia, and Ms. Harriman, a missionary nurse going to Japan.

“In those times few missionaries had been sent overseas. There was no provision made for an ‘outfitting allowance’; no homes had been built for them in their new location; no definite plans had been laid for language study; nor had furlough policies been established. And there were no experienced missionaries to befriend the new recruit upon her arrival in a strange land. Today, the General Conference would hesitate to send a young girl of only twenty-three to an outpost mission station.”2 In fact, she was the first single woman missionary to Korea. Mimi’s life and 12 years of missionary efforts was an inspiring example for other Adventist women.

When Scharffenberg arrived at Sunan, Korea, she shared the home of William R. Smith and his family. Later, she bought a Korean compound containing two houses. One house served as a dormitory for the boys’ school that she organized and opened together with Smith. Scharffenberg began a worker’s training course for the Korean believers, and in 1909, she supervised the opening of a girls’ school in Chinnampo.

In September that same year, Scharffenberg and C. L. Butterfield moved to Seoul to begin mission work there. Before moving, she sold her compound to the mission in Sunan. In Seoul, Scharffenberg began serving as the Sabbath School superintendent and worked in Adventist publishing.

Scharffenberg had learned the Korean language. Through her translation work, “books on Daniel and the Revelation and a small book of Bible readings were published. Her last work consisted of translating Ellen G. White’s Patriarchs and Prophets”3 and “The Story of Ancient Times.”4 Aside from translating Adventist literature into Korean, she served as editor for Si Jo/Seijo Walbo (Signs of the Times) from 1909 to 1912 and Kyohoi Chinam/Kyo Hae Chin-Nam(Church Compass) from 1916 to 1918. Her translation and editorial work helped spread the Adventist message in Korea and reached the Koreans in their own language and context. She also served as the interpreter for General Conference officials when they visited.

During her time in Korea, Scharffenberg trained and educated women by organizing Bible Institutes for them in the local Korean language. She became known at the institutes as Lady So.

Mimi Scharffenberg played a key role in establishing Adventism in Korea. Her missionary courage and zeal are revealed in a report written by her sister, Theodora Wangerin: “Although quite ill when returning to America, she found a woman on board ship who was interested in the Bible. As a result of the studies she gave this chance acquaintance, this woman accepted the Advent message and later became a Bible instructor herself.”5

The illness that forced Scharffenberg’s return to America led to her untimely death. Upon learning of it, a fellow worker wrote, “Sister Scharffenberg has done much for the work in Chosen, and in her death we have lost a loyal and unselfish worker, and the Korean people have lost a kind friend and helper. The news of her death brought sadness to our midst, but with that sadness was a determination to press forward and quickly finish the work she so dearly loved.”6

Chigemezi Nnadozie Wogu, M.T.S., is a Ph.D. student at Vrije Universiteit, Amsterdam, the Netherlands, and a research associate at the Institute of Adventist Studies at Friedensau Adventist University in Germany. At Friedensau, he manages the Encyclopedia of Seventh-day Adventist research project for some parts of Europe.