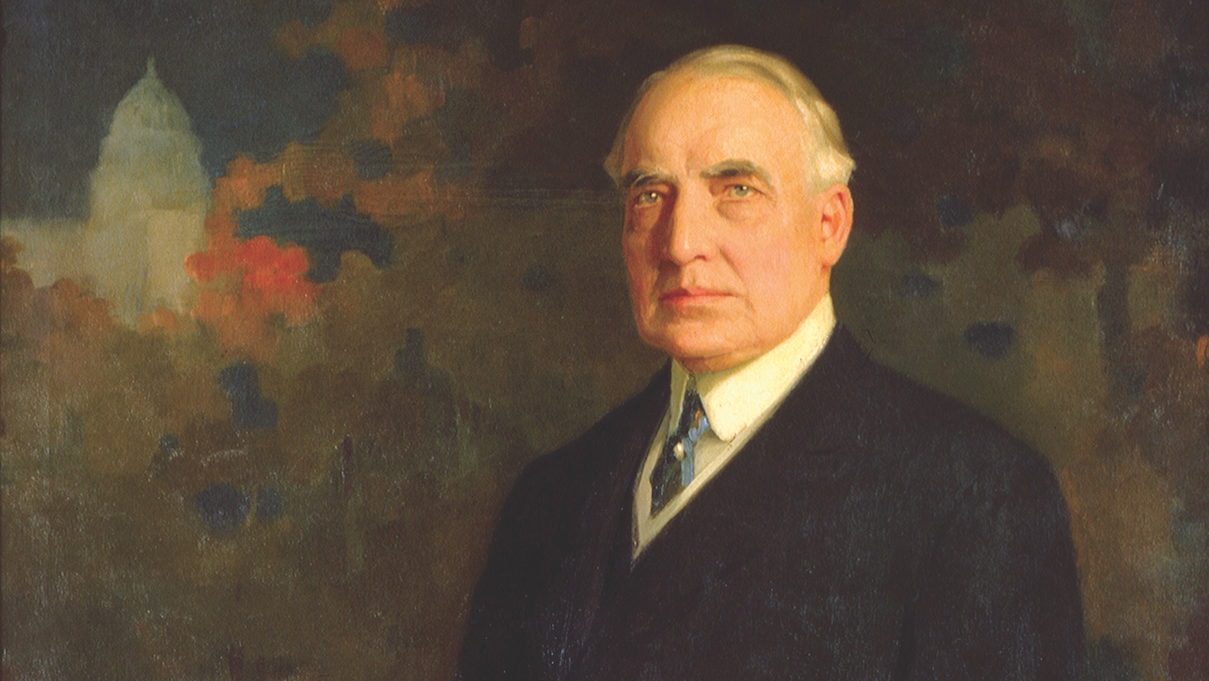 The following letter written in 1921 expresses to the president of the United States the sentiments and convictions of Adventist leadership. The leaders describe how totally committed patriotism may honor both the God of heaven and the powers of earth to which we are subject, in keeping with Jesus’ equation on God and country as stated in Matthew 22:21 and Luke 20:25.

To His Excellency,
Warren G. Harding,
President of the United States:

The leading official representatives of the Seventh-day Adventist Church in the United States, assembled in annual conference at Minneapolis, Minn., Oct. 12-26, 1921, beg leave to submit to you the following address:

We desire to express to you our hearty accord with the commendable efforts now being put forth under your leadership in behalf of international peace and tranquility. In these days of world-wide distress and confusion, it is most gratifying to hear the voice of our Chief Magistrate striking a clear note of hope and courage, and to witness the exercise of his high office in behalf of international amity and pacification. Civil government is ordained of God (Rom. 13:1), and those occupying positions of authority in the state are justly entitled to that respect and loyalty which belong to those who serve as the “ministers of God” for the proper regulation of the social order. This respect and loyalty we sincerely entertain for the head of our great Republic and for those associated with him in the executive, legislative, and judicial branches of our Government.

As Seventh-day Adventists, in common with other religious bodies, we strongly favor a limitation of armaments, and if it were possible in the present state of society, we would favor the abolition of all war among the nations of men. We are forced to this view by the very logic of our belief in Him who is the Prince of Peace, and of our experience as subjects of His kingdom.

Throughout their history, Seventh-day Adventists have been consistently and uncompromisingly loyal to the great principles of civil and religious liberty—principles which constitute the very foundation of our Government and the bulwark of our democracy.

Sincerely believing in the words of the Saviour, that they should render “unto Caesar the things which are Caesar’s, and unto God the things that are God’s,” they regard as sacred and inviolable their duty to civil government in every function of its exercise wherein such exercise does not conflict with the plain requirements of the law of God and the principles of the gospel of Christ.

The understanding of the teachings of the gospel which Seventh-day Adventists entertain has not permitted them throughout their history as a church in this country to bear arms. They believe that the teachings of Christ are opposed to war, and that their design is to promote peace and good will among all who dwell upon the earth. Seventh-day Adventists, therefore, are noncombatant in faith and practice. Both in the Civil War and in the recent World War, they were recognized by our Government as noncombatants, and were accorded the rights and privileges, exemptions and immunities, which the Government graciously provided for those holding noncombatant views as a matter of conscience. Members of our churches called to service were assigned to noncombatant duty, and in such labor thousands of our young men rendered faithful and loyal service to their country and to their fellow men.

Holding these noncombatant principles, we note with particular interest your successful efforts to secure an international conference for the discussion of the limitation of armaments. We heartily commend the wise statesmanship and humane sentiment which prompt this laudable action. We are well aware that as war springs from the selfishness of men, the perfect ideal of abiding peace can never be realized in this present world. Only as the hearts of individual men and women are changed by Christ’s grace will the nations of earth submit to the principles of right and righteousness. But while we may not hope to realize the full fruition of our strivings, the mitigation of the evils of war in any measure is well worth the effort, and should have the consistent support of every lover of peace.

We are therefore encouraging our people devoutly to pray for your personal guidance, and for the guidance of those assembled in the Conference for the Limitation of Armaments, that the great Ruler of nations may further the cause of international peace, to the end that future war and bloodshed, with all their attendant and consequent horrors, may be averted, and that the vast sums spent for armaments of war may be devoted to the amelioration of human woe and to the advancement of peaceful pursuits.