The church service was unremarkable, except for that one thing 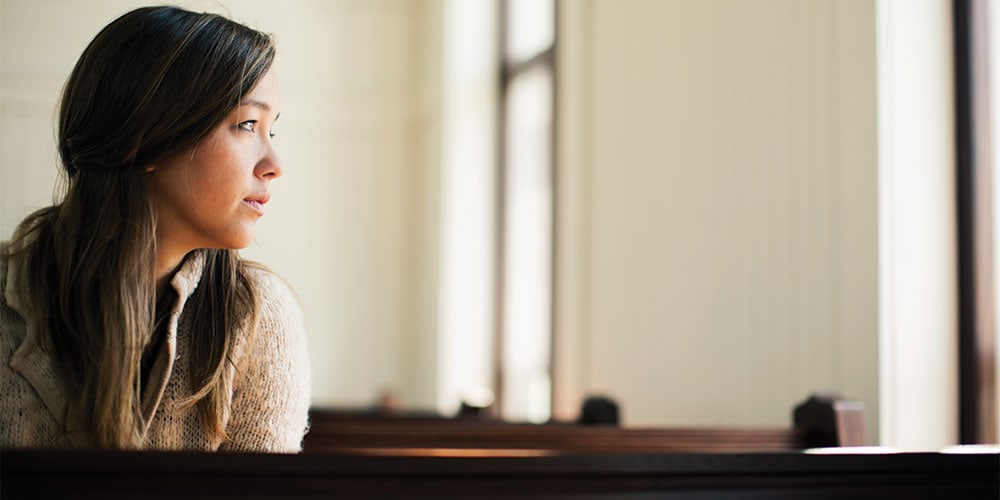 It was a sunny Sabbath morning in the city of Baltimore. The day before my friends and I had stood on deck in our shirtsleeves leaning against the rail, waving at passing sailboats, admiring the radiant colors of an East Coast fall, and watching the Canada geese flying low overhead. We had sailed up the Chesapeake and Delaware Canal, I as medical officer on the cable laying ship C.C.G.S. John Cabot.

Now, 24 hours later, the sun had just risen and was shining through the lobby windows of a downtown hotel where I had spent the night. I entered the lobby to catch a cab to church. The room was loud and raucous with men in town to catch the ball game. A cooler had spilled. Beer cans and ice cubes skittered across the polished floor to the echo of catcalls, as I made my way through them wearing high heels and a sheath dress.

About 20 minutes later the cab pulled up at a curved drive and parked in front of a small church. I can’t remember much of what the church looked like. I think it was white, or nearly that, but it had a retaining wall along the drive.

An old man welcomed me and handed me a leaflet entitled The Seventh-day Sabbath. I thanked him, slipped into the sanctuary, and sat in the back pew. The church had a small congregation of conservatively dressed parishioners. Of the three people up front, two led out in singing and one was the Sabbath School superintendent.

I called the cab company while silently telling myself that I was no longer part of the Adventist Church.

One of the leaders looked different from everyone else. Her dress was shorter and sleeveless. She stood out amid the conservative members of the congregation. I was asked to join a lesson study group. What I longed for was conversation, lunch, and afternoon fellowship. None of that appeared forthcoming.

Before I knew it, worship service was over, and everyone started to leave the building. Cars started pulling out of the parking lot. I was left standing alone in the foyer.

As the pastor and a few men talked to each other I asked, “Is there a phone I can use to call a cab?”

“In my office over there,” the pastor gestured. “Turn the lights off when you leave, OK?” It felt like the final dismissal.

I called the cab company while silently telling myself that I was no longer part of the Seventh-day Adventist Church. I felt no need to return. I was not really wanted. I sat outside on the retaining wall waiting for a cab long after everyone had left.

Suddenly up the drive came a car that made itself known by its rattles and bangs. Out of it stepped the woman who looked least like the other church members, the Sabbath School leader.

“I couldn’t just leave you here,” she said. “I wanted to take you home, but my husband works in the clubs and will be sleeping. He wouldn’t be happy with company. Will you come have lunch with me?”

Would I? She looked and sounded to me like an angel of God. And that’s how a young woman raised in the Adventist Church, a young woman who never went to a restaurant on Sabbath and usually lived as a vegetarian, was taken out to a restaurant for Sabbath lunch. Over coleslaw and fried chicken I found a friend for a day, and a feeling of home and family. I also felt the desire to try once more to find a place in the Seventh-day Adventist church in which I was raised.

I’ll always remember your first name; it’s the same as my mother’s. You worked at the Review and Herald Publishing House and were the epitome of love and Christian fellowship. I still have a picture of you that I took that day in 1980. You may not know it, but you are the reason my life did not go down a very different path.