When Winds Are Strong and Waves Are Rough

The safest place is in the boat. 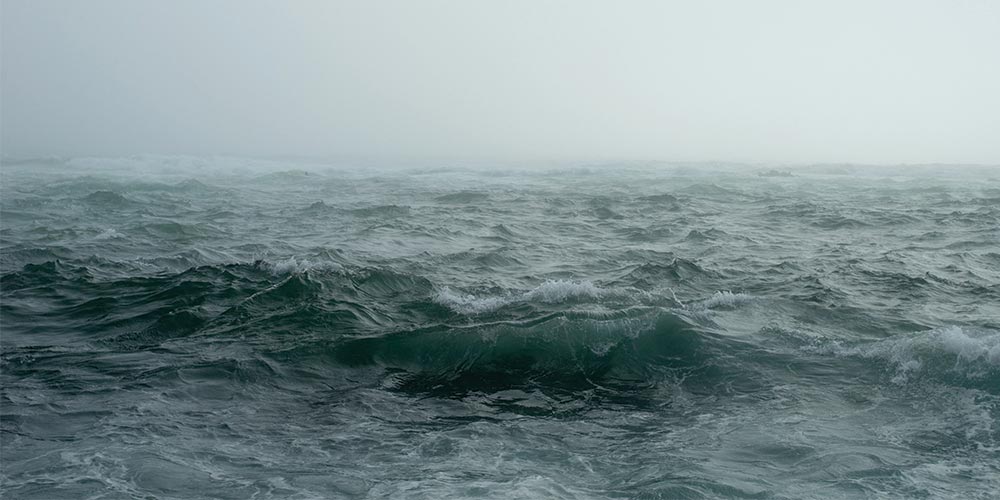 One of my favorite Scripture passages is captured in John 6. It had been a rather challenging day for the small band of traveling missionaries, better known as disciples. Originally Jesus had intended the day to be a relaxing retreat, a holiday of sorts for the hardworking evangelistic team that had recently returned from a mission trip. Jesus had sent them out two by two, with no provisions, to “proclaim the kingdom of God and to heal the sick” (Luke 9:2).

Around the same time, devastating news came that John the Baptist had been executed by Herod Antipas, appointed ruler of Galilee. Matthew records that when Jesus heard about it, He withdrew to a solitary place, inviting His disciples to rest with Him for a while.

The plan would change, though, in response to the gathering crowds that learned of the secret hideaway. Jesus took time that day to meet the needs of those who had come, some 20,000 people, including men, women, and children. Of course, no fellowship lunch had been planned, which first led Jesus to challenge His own disciples to feed everyone, then ended with His demonstration of how a very small resource brought to Him could accomplish a much larger goal.

God shows up. Except that when He does, we sometimes don’t recognize Him.

That day 20,000 people ate five loaves of bread and two fish and were more than satisfied. It was a miracle beyond comprehension, and the crowd realized it. John records that the congregation became so animated by this that they began to put the messianic puzzle together and intended that day to crown Jesus King of Israel, by force if necessary.

Imagine what that moment must have felt like. Exhaustion mixed with excitement, anticipation, and uncertainty.

Only Jesus fully understands the moment. It is not His time nor His mission to wear an earthly crown. So He does the unthinkable: He respectfully declines the offer of a lifetime, then turns to His disciples and instructs them to sail across the Sea of Galilee by themselves. Meanwhile, He dismisses the agitated crowd and retreats to the hill alone (Mark 6:45, 46).

What a tense moment in Scripture. A confused crowd shuffles home, disappointed disciples work the sails to the opposite shore, and Jesus has apparently left the scene.

Lest we think that things couldn’t get worse, John records in his Gospel that as the disciples were sailing, a strong wind began to blow, and the waters became rough (John 6:18). It’s easy enough to read that mild description in the comfort of a warm, dry place. In fact, for years I studied the account of that ancient day without truly understanding the gravity of the moment. That is until one day I was invited to go sailing.

My father-in-law, Michael Sulen, is an avid sailor, and that’s an understatement. His passion for sailing is only slightly bested by his passion for pastoral ministry. His vessel of choice is the catamaran, and he has owned large ones, small ones, and everything in between. Over the years he has bought ones in need of serious TLC and has painstakingly rebuilt them into marvelous watercraft.

One day several years ago he invited me to go sailing along the Pacific coast. It was an intimidating offer because, having observed him in action, I knew that sailing with him was not for the faint of heart. It’s an activity that requires almost constant action, since navigational success comes from a masterful knowledge of how a dozen ropes and several hanging sails capture the wind to provide intentional forward motion.

I was up to it, though, especially knowing that we would not venture out until I had gone through the School of Sulen, becoming a full partner in the sailing experience.

Except that the experience would not go as planned. Once we were out on the water “a strong wind began to blow, and the waters became rough.” So rough, in fact, that the swells were easily four feet high.

I failed to mention a couple things. First, the particular vessel we were on that day was on the small side; and second, it was one of those in need of TLC that had not yet gone through the extreme makeover. Battling the unexpected wind and waves on the largest body of water in the world was bad enough, but I never anticipated what happened next. A loud snap shocked both of us (not a sound anyone wants to hear in those circumstances).

Upon investigation, we realized that the gooseneck that connects the boom to the mast had exploded. That created a scenario in which the sails could easily be torn to shreds. Being a mile from shore with no motor, we were now in a perilous situation.

My father-in-law struggled to create a plan B in the midst of it all. Meanwhile, I was rehearsing the milestones of my life, which I assumed would be over momentarily. After what seemed to me like an eternity, the master sailor made sense of the circumstances and used the crippled sails to capture the wind and get us back to safety.

I have felt compassion for the pain of those disciples ever since. They were already exhausted and confused by the events of the day, now rowing for miles and hours amid the wind and waves in a small vessel, not knowing with any certainty that they would ever reach the shore. And Jesus is nowhere to be found.

I’m sure all of us can relate to this scene to one degree or another. Life at the moment may not be smooth sailing. The waves and wind are beating down. We’ve been rowing and struggling with the sails, but we simply aren’t getting anywhere. Perhaps if we could just rest for a while, enjoy a moment of retreat with Jesus, it would be better. An impossible goal, it seems. Life is increasingly full of the demands of work, the complexities of raising a family, the need to keep finances coming in, and the legitimate needs of other people.

Finally, the circumstances of the world in which we live are uncertain. Political unrest, polarized groups digging in their heels, and voices everywhere calling on God to wear the crown and solve the problems.

We can relate to those disciples. We’re in the middle of a storm. And Jesus is seemingly nowhere to be found.

What a tremendous source of hope—to know without a doubt that Jesus sees us; to know that His perception of our need is not defined by our perception of His presence.

But Jesus does more than just see them; more than just watch them with love and compassion from a distance. Before the sun had a chance to rise, Jesus “went out to them, walking on the lake” (verse 48).

It’s a powerful visualization of the Incarnation: God with us, not just for us; God pursuing us, not just longing for us. He “went out to them, walking on the lake.”

A Case of Mistaken Identity

But consider their reaction. As Jesus approaches in the middle of the storm, the disciples don’t recognize Him. They’re so immersed in the moment, so caught up in the storm, that they don’t even recognize Jesus. They assume that they are seeing a ghost.

This, too, is familiar. We pray for help, rescue, or clarity. From the middle of the whirlwind we ask God to intervene, to orchestrate, to lead, and to influence. And God shows up. Except that when He does, we sometimes don’t recognize Him. Perhaps He doesn’t look like we expected Him to, or sound like we imagined Him, or dress and act like we were told He would. Perhaps He simply doesn’t show up when we expected Him. “He was about to pass by them, but when they saw him walking on the lake, they thought he was a ghost. They cried out, because they all saw him and were terrified” (verses 4
8-50).

Jesus recognizes this tendency in us: our penchant to contain Him in our handmade boxes, built from our preconceived notions and ideas. Jesus knows full well that we have a difficult time perceiving Him in ways outside our experience or imagination.

And here is yet another piece of good news: He doesn’t judge us for it, He simply reaches out His hand and says, “Take courage! It is I. Don’t be afraid” (verse 50).

All three of the Gospel writers who chronicle this event emphasize Christ’s compassionate response to fear and doubt: “Take courage! It is I. Don’t be afraid.”

Now we get to one of my favorite verses in the Bible. John records that they finally recognized Jesus. “Then they were willing to take him into the boat, and immediately the boat reached the shore where they were heading” (John 6:21).

What a remarkable miracle that speaks hope into our circumstances today! Mark adds that in that moment the wind and waves died down as well. The windblown disciples recognize their need and allow the Master Sailor into their boat, He who is undaunted by the broken masts and wind-crippled sails, whose only concern is for the fear-crippled sailors. With only a thought He captures the wind and gets them back to safety.

Consider, then, these challenges meant for us all. First, begin to look for Jesus to show up in ways that are unfamiliar, foreign, and even frightening; knowing that regardless of our circumstances, regardless of the size of the storm around us, Jesus not only perceives our need, but is already on the way to meet it.

And when we do recognize Him, let’s not hesitate to invite Him into the boat of our lives, our families, our organizations, our plans and strategies.

I’m sure that not a single one of us would ever be disappointed by the results of that decision.

Costin Jordache is news editor and director of communication for Adventist Review Ministries.